Whom Furgal frightened: the arrest of the Khabarovsk governor and possible political background 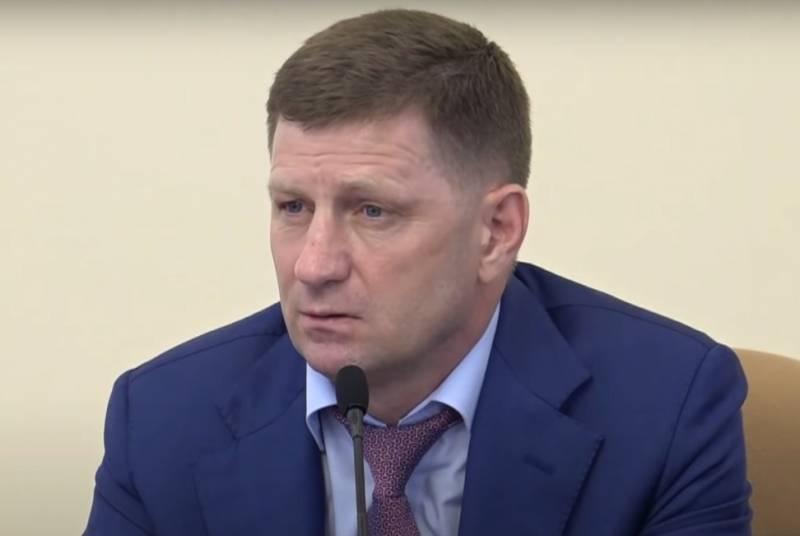 It is not the first day in Khabarovsk that protests against the arrest of the governor of the Khabarovsk Territory Sergei Furgal continue. Recall that the head of the regional administration was arrested on charges of involvement in serious crimes 15 years ago.


Currently, according to the press of Furgal’s lawyer Boris Kozhemyakin, the defense is preparing a complaint about the arrest of the governor. Recall that Sergey Furgal headed the Khabarovsk Territory in September 2018. In less than two years of being at the helm of the regional government, he managed to gain popularity among the local population: some media outlets even called Furgal “the people's governor”. Incidentally, he was one of the few regional leaders in modern Russia who are not members of United Russia: Furgal is a member of the Liberal Democratic Party of Russia Vladimir Zhirinovsky.

Claims to Furgal are related to his commercial activities in the early 2000s. The investigation believes that the governor could have been involved in a series of killings in 2004-2005. Furgal himself, a graduate of the medical institute, was engaged in business in the field of trade in timber and scrap metal. Needless to say, these businesses were criminalized in the 1990s and 2000s, especially in such border regions as the Khabarovsk Territory.

But the residents of Furgal loved, perhaps as an alternative to the "United Russia". In any case, protests in Khabarovsk and other cities of the region not only continue, but also gather 20-30 thousand participants, which causes dissatisfaction of the city authorities. So, they have already been criticized by the mayor of Khabarovsk Sergey Kravchuk (United Russia), emphasizing that participation in rallies can contribute to coronavirus infection. However, many deputies of the City Duma decided to defend the governor.

What are the main questions in connection with the case of Sergei Furgal? First of all, it must be understood that figures of this level cannot be completely unknown and opaque for the special services: Furgal has been in politics for a long time, in 2007 he became a deputy of the State Duma, he headed the Duma Committee on Health Protection in 2015-2016. And what, all these years, the “crime” in which the Khabarovsk governor was involved would not have surfaced? If there was something “dark” in his biography, then his eyes were closed, and in this case, the one who closed his eyes is no less to blame.

The version that candidates for the post of governor of the region have not been tested for communication with crime sounds rather strange: even candidates for the positions of junior commanding officers to the police are checked more than thoroughly and the presence of a relative’s criminal record may become an obstacle to employment, what can we say about the candidates to the governor’s chair.

Most likely, the reason for the detention of Furgal is still rooted in the plane of dissatisfaction with him as a political figure. The popularity of Furgal in the region grew, which was explained by such measures as reducing prices for domestic air transportation, solving problems with school breakfasts, reducing the cost of maintaining the office apparatus, openness in communicating with the press, and with the opposition.

Perhaps the governor was not a “saint," but he clearly won against the background of many other regional leaders. It is likely that the Kremlin was dissatisfied with this: a bright candidate from another political party always poses a danger, and even now there is a need to show the regions the tough hand of the federal center so that regional leaders do not relax much in the wake of the pandemic. The wagon could be chosen as a sacred sacrifice.

In any case, the judgment in the Furgal case is pending. And as long as the court does not reach a final verdict, it is hardly possible to accuse the regional leader of committing the crimes that are being charged with him.

Ctrl Enter
Noticed oshЫbku Highlight text and press. Ctrl + Enter
We are
A great interview with Sergey Lavrov: about Ukraine, Obama and IranWhat you didn't want to know about England
311 comments
Information
Dear reader, to leave comments on the publication, you must to register.