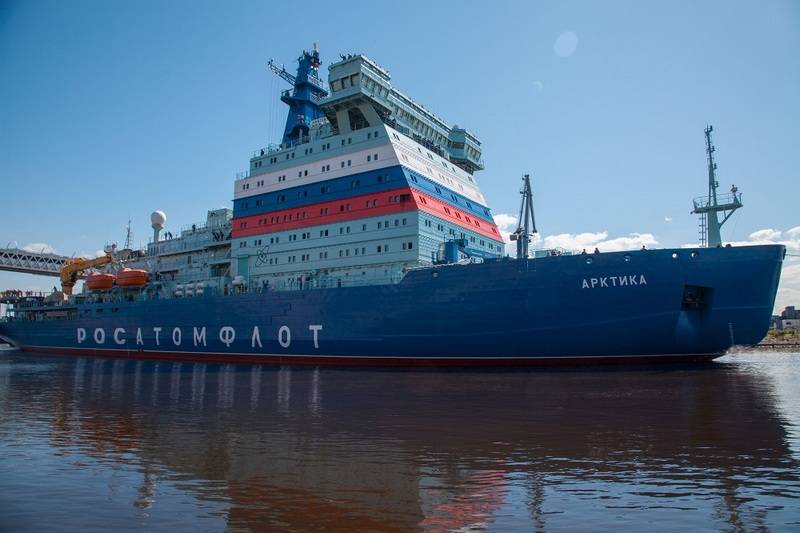 The main nuclear-powered icebreaker of project 22220 Arktika completed the next stage of sea trials and returned to the Baltic Shipyard. It is reported by Shipbuilding.info.


The icebreaker went on sea trials in the Baltic Sea on June 23. During the tests, it was planned to check the operation of mechanisms and equipment, test the rowing electrical installation and maneuverability, rescue equipment, navigation systems. It was noted that the ship went to the test with a damaged right-hand propeller motor as a result of mooring tests in December 2019.

Earlier it was reported that after the completion of the stage of sea trials and return to the Baltic Shipyard, the icebreaker will be handed over to the customer with an emergency electric motor with power limitations "under certain guarantees and obligations." It is planned to replace the emergency electric motor at the icebreaker during the docking in Kronstadt in August 2021.

The Arctic nuclear-powered icebreaker is the lead ship of the 22220 project in a series of three vessels being built at the Baltic Shipyard in St. Petersburg under a contract with Rosatom. The series also included the Siberia and Ural icebreakers, which were launched and completed afloat. The icebreaker delivery dates are 2021 and 2022 of the year, respectively.

Ctrl Enter
Noticed a mistake Highlight text and press. Ctrl + Enter
We are
The main nuclear icebreaker of the 22220 Arctic project is ready for sea trialsLaid the keel of the first Soviet-era icebreaker with a capacity of 25 megawatts
51 comment
Information
Dear reader, to leave comments on the publication, you must to register.