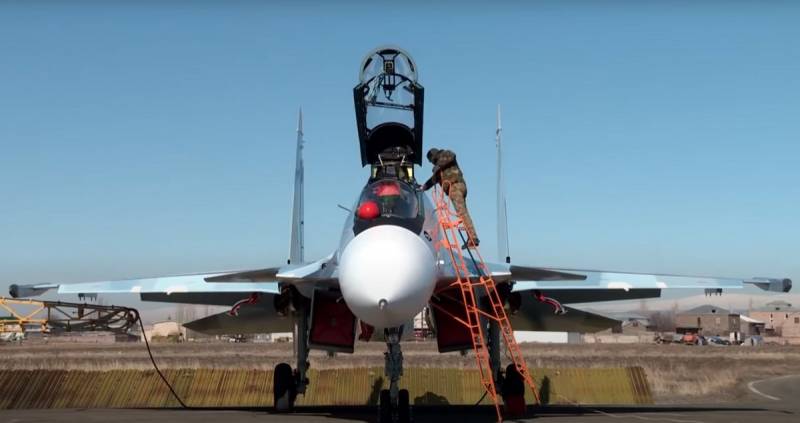 Multipurpose fighter Su-30SM, consisting on the balance of the Armenian combat aviation, in the context of an increasing military conflict with Azerbaijani troops, they are aimed at patrolling the border with a neighboring country.


As indicated by the resource of the Armenian Military Portal, no information was received about the application of airstrikes by the indicated strike aircraft.

Earlier, on July 10, before the escalation of the conflict, the head of the Armenian military department received Russian test pilots. They were awarded the state prize of the republic, the decree on the delivery of which was signed by the president.

Currently, four Su-30SM units are in service with the Armenian Air Force. Eight more aircraft are expected to be delivered. Azerbaijani fighter aircraft is represented approximately by the MiG-29 squadron, however, the flight and combat effectiveness of the aircraft causes doubts among experts, since after modernization they were purchased in Ukraine in the mid-2000s. Since then, information about the improvement of aircraft has not been reported.

Ctrl Enter
Noticed oshЫbku Highlight text and press. Ctrl + Enter
We are
New war in the Caucasus be?Umbrella for the Russian outpost ("Mirror of the Week", Ukraine)
Military Reviewin Yandex News
Military Reviewin Google News
70 comments
Information
Dear reader, to leave comments on the publication, you must to register.