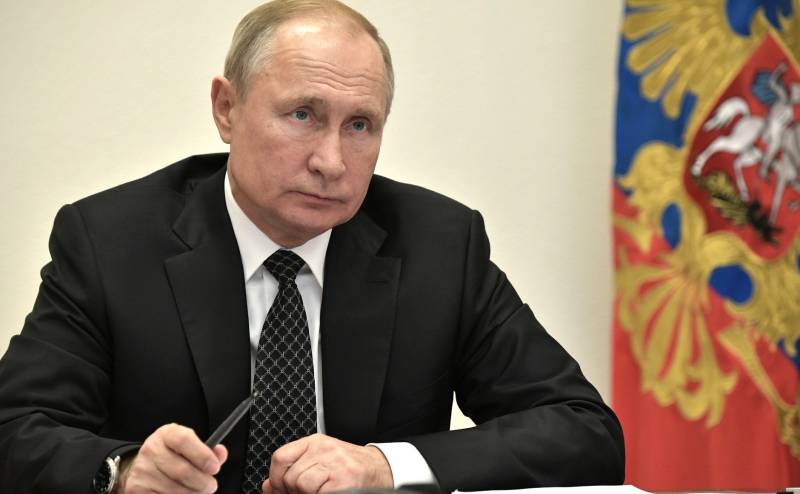 Against the backdrop of the recognition made during the July 13 meeting of the Presidium of the Council for Strategic Development and National Projects that the implementation of some of them is likely to be delayed due to the problems arising from the pandemic, Vladimir Putin’s statement regarding the the historic chance that has arisen today to solve one of the most pressing problems of the Russians - housing.


The head of state came to such an inspiring conclusion after the report of Deputy Prime Minister Marat Khusnullin, who is precisely the curator of the national project “Housing and Urban Environment”. According to a senior official, the ambitious goal of this initiative is the annual commissioning of at least 120 million square meters of housing, which will allow 5 million of our compatriots to make housewarming, will become a very real thing already in 2026. Mr. Khunsullin believes that the attainability of such indicators is evidenced, in particular, by an increase in the pace of housing construction in the country by almost 5%, achieved in 2019.

However, the coronavirus pandemic and related quarantine restrictions could not but have a negative impact on the industry. According to the Vice Prime Minister, in the first quarter of this year, the pace of construction decreased by 11%, however, as he assured the audience, we’ll make up for lost time, and by the end of the year Russians will receive 75-78 million square meters of housing. In the future, according to the head of the national project aimed at providing citizens of our country with apartments, for its successful implementation “very hard work” will be required. Raising from current volumes to the target of 120 million square meters annually will require the construction industry to increase productivity by almost 60%. The task is not easy, but according to Khunsullin, feasible.

In turn, the President of Russia emphasized that one of the tools with which it is possible to implement “historical chance ”, that is,“ in the foreseeable future, absolutely understandable, maybe for the first time in the history of Russia, to radically solve the housing problem ”, it should be an increase in accessibility being a dream, and, as the president said,“ fundamental condition for a normal life ”of our fellow citizens and comfortable apartments. On the one hand, this goal should be achieved through a radical reduction in costs during the construction itself, and on the other, through the continuation and comprehensive expansion of mortgage programs for the purchase of housing by Russians.

It should be noted that the weighted average rate on such loans has already fallen below the 2018% mark originally set in 8. Add to this the program for preferential mortgages at 6,5% (valid for 30 years) for loans of up to 3 million rubles in the regions and up to 8 in St. Petersburg and Moscow. By the way, Vladimir Putin initiated the expansion of its framework by increasing the maximum lending amounts to 6 million at the regional level and 12 in the capital and city on the Neva. According to Marat Khunsullin, thanks to these measures, more than 1,4 trillion rubles were “poured” into the Russian economy, which became a powerful incentive for the development of construction.

In the “apartment” conversation, the president also mentioned the new principle of the work of Russian developers that came into effect on July 1, 2019: not directly with the money of interest holders, but through escrow accounts, which they can receive funds only after the official commissioning of the property that they built housing. According to Vladimir Putin, this measure has seriously contributed to the improvement and purification of the industry from unscrupulous “players”, which, in turn, has become an incentive to increase the confidence of Russians in the process of purchasing apartments in new buildings on credit. As the president said, no one in the country's leadership intends to “taxi back” on this issue and again transfer the probable risks onto the shoulders of citizens.

Will truly grandiose plans in terms of scope and social significance be fulfilled? First of all, it depends on the willingness and ability of the state to continue to shoulder the shoulder to those who provide the Russians with the opportunity to celebrate housewarming. Recall that the government allocated 12 billion rubles to support banks to compensate for their financial losses when issuing soft loans to developers in accordance with an order from the president. And this is just one of the points of a fairly comprehensive housing support program. The same mortgage loans last year were issued for 2,7 trillion rubles. Let’s hope that our country will have enough for our plans, and forces, and means, and will, and perseverance.

Ctrl Enter
Noticed oshЫbku Highlight text and press. Ctrl + Enter
We are
Housing problem of Russia. Lack of decent housing threatens the social and demographic security of the countrySituational analysis of the death of the MH17 flight (Malaysian Boeing 777), made on the basis of engineering analysis from 15.08.2014
Military Reviewin Yandex News
Military Reviewin Google News
413 comments
Information
Dear reader, to leave comments on the publication, you must sign in.