Armored vehicles for the Arctic: the main battle tank T-80BVM goes to the troops 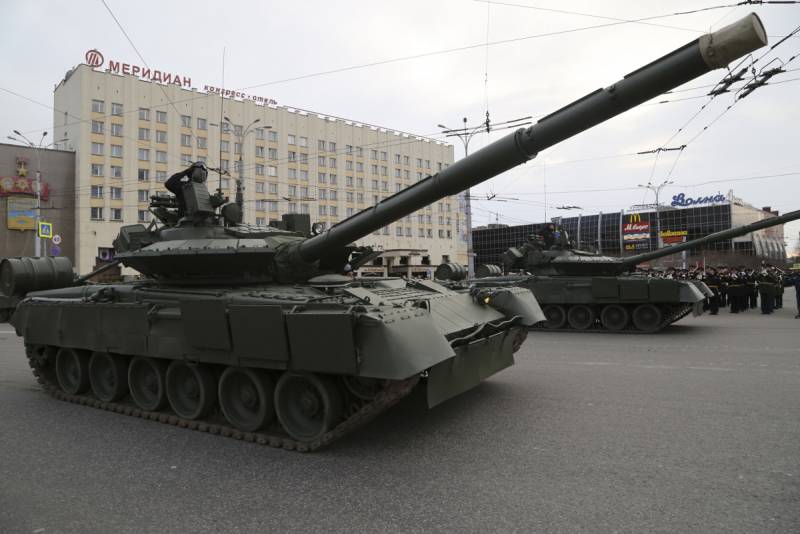 Tanks T-80BVM at a training session before the parade in Murmansk, May 4, 2018

Since 2018, the Russian industry has been carrying out serial modernization of T-80B tanks from parts and from storage according to the modern T-80BVM design. Dozens of such armored vehicles have already returned to service in a new quality, and it is expected to receive regular batches. It is noteworthy that the units and divisions serving in the most difficult conditions were the first to receive the updated equipment. This is directly related to the special capabilities of the modernized tanks.

The tank goes to the troops

In August 2017, the Ministry of Defense and NPK Uralvagonzavod signed a contract to modernize the MBT T-80B for the new BVM project. 62 armored vehicles were sent for update; deliveries were scheduled for 2018 and 2019. - 31 units. In the future, new orders were planned.

According to the Ministry of Defense, the first modernized T-80BVMs entered the 60th separate guard tank battalion of the 200th separate motorized rifle brigade of the Northern coastal forces fleet (Pechenga settlement, Murmansk region). The first successes in rearmament were already shown on May 9, 2018, when several new armored vehicles took part in the parade in the city of Murmansk.

In November 2019, the Ministry of Defense announced the delivery of 26 modernized MBT, which completed the rearmament of the tank battalion of the 200th Omsbr. According to the results of 2018-19. the brigade was armed with 40 T-80BVM tanks. For some time she became the largest operator of such equipment. 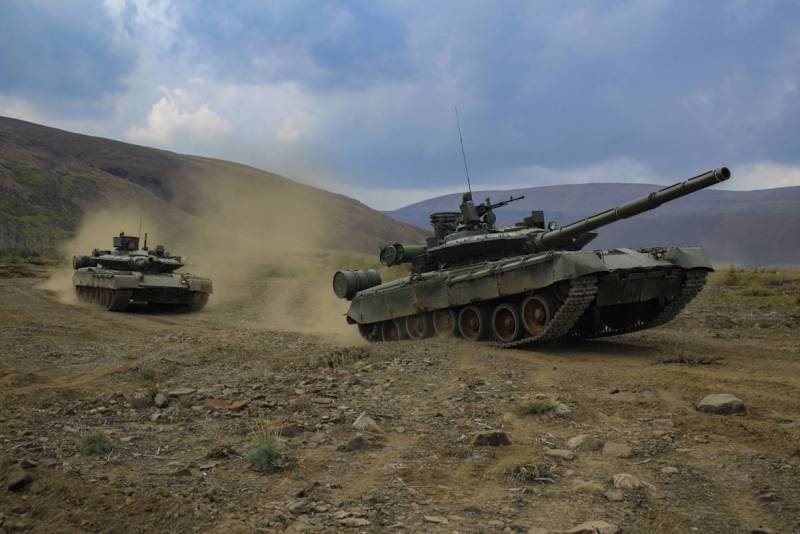 Tanks of the 200th separate motorized rifle brigade
In June last year, the media reported on the supply of T-80BVM to another military unit. A set of upgraded tanks entered the tank battalion of the 38th Separate Guards Motorized Rifle Brigade (v. Yekaterinoslavka, Amur Region) of the ground forces of the Eastern Military District.

Recently, new information has appeared in the domestic media about the modernization and deployment of a new type of MBT. With reference to sources in the Ministry of Defense, it is alleged that by the end of the year the T-80BVM tanks will be equipped with all the remaining land units serving in the Arctic.

It is likely that it is precisely these brigades that in the near future will receive several dozen MBT T-80BVMs, which will positively affect their combat effectiveness. In addition, modernized tanks in two brigades will complete the formation of a sufficiently large and powerful armored force in the strategic northern direction. It can be assumed that, having received the 200th Omsbr, as well as the 61st and 40th rifle tanks, in total, they will have about 100-120 modern T-80BVMs after a tank battalion. 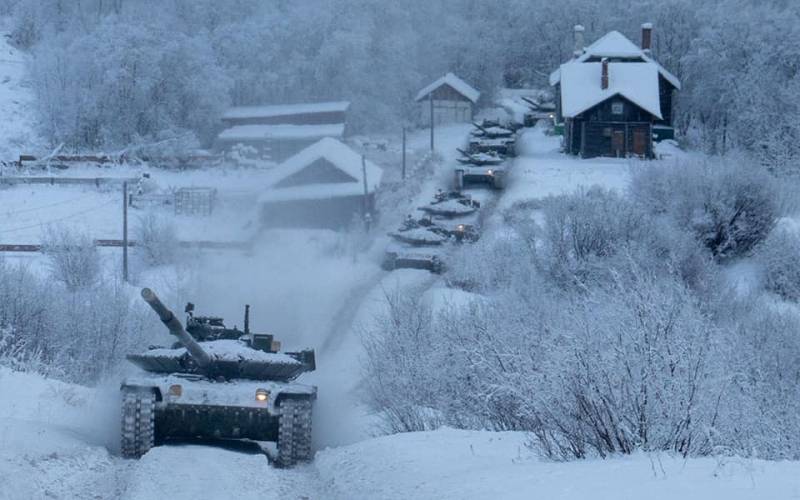 Wound up - and let's go! Tank 200th Omsbr
Tanks are transferred to units of the ground forces and marines. Thus, they can act on land or participate in amphibious assaults. The Northern and Pacific fleets have large landing ships with the ability to transport tanks - this seriously increases the mobility of tank battalions and expands their combat capabilities.

It should be noted that earlier the medium and main tanks of a number of types were in service with these compounds, but the current program provides for a complete transition to the T-80BVM. The reasons for this are quite simple. The Arctic and the Far East are characterized by low temperatures and other negative climatic phenomena. Under such conditions, tanks of the T-80 family show themselves better than other domestic MBTs.

The main “Arctic” advantages of the T-80BVM are related to the used power plant. In the engine compartment of the tank is a gas turbine engine GTD-1250 with a capacity of 1250 hp Such an engine provides high power density and mobility. In addition, in comparison with the piston, it is easier to operate at low temperatures.

It is known that starting a diesel engine at negative air temperatures (and corresponding cooling of the structure) is a very complex and lengthy process. Preheating is required, and then long-term heating is required during operation, inlet air preparation, etc. All these procedures, depending on the temperature and condition of the engine, can take half an hour or more. 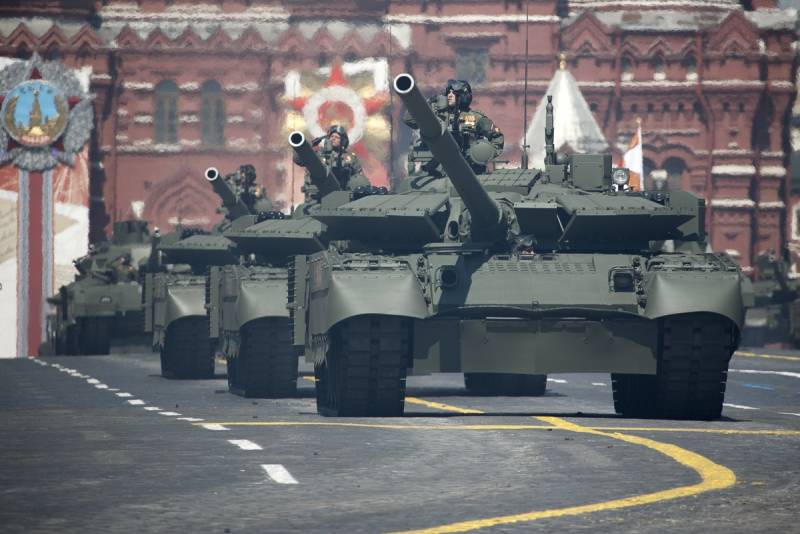 T-80BVM on Red Square, June 24, 2020
GTD in this regard is much simpler and more convenient. Launch with access to the operating mode takes several minutes, after which the tank is ready for movement - and battle. However, a gas turbine engine is disadvantageously characterized by increased fuel consumption in a number of modes, however, the simplicity of operation in arctic conditions compensates for this drawback. The problem is engine dust sensitivity, but in the proposed deployment regions, this factor is practically irrelevant.

No worse than others

In terms of performance in cold regions, the T-80BVM is superior to other domestic tanks. In addition, it is not inferior to other MBTs in combat qualities due to weapons, control systems, etc. The BVM project provides for a number of measures aimed at increasing combat effectiveness in all possible conditions.

During the modernization, the survivability of the tank is enhanced by the installation of Dynamic Relic and lattice screens. These tools cover the frontal and side projection and complement the tank's own protection. There is the possibility of installing active protection "Arena".

The basis of the armament complex is a 125-mm smoothbore gun-launcher 2A46M-4 with a loading mechanism. The latter is being finalized for the use of modern armor-piercing shells of increased length. The all-weather multi-channel gunner’s sight “Sosna-U” is being introduced into the LMS. Paired and anti-aircraft machine gun, as well as a complex of guided weapons 9K119 "Reflex". The communication complex is being finalized using the VHF radio station R-168-25U-2 "Aqueduct". 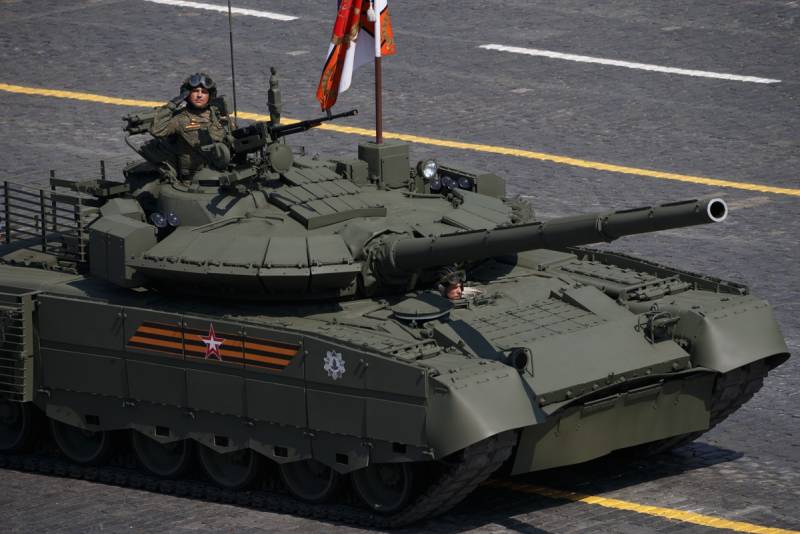 Currently, several MBT upgrade programs are being implemented in the interests of the Russian army. Through serial repair and modernization, T-72B3, T-90M and T-80BVM tanks are produced. All these machines have certain similarities and are partially unified, but significant differences remain.

The modernized T-80BVM are sent to regions with characteristic climatic conditions, where they can most fully realize their potential. Due to this, the armed forces receive developed and sufficiently powerful armored groups in strategically important directions.

According to known data, to date, the updated T-80BVM deployed on the Kola Peninsula and in the Amur Region. Until the end of the year, two new battalions are expected to appear on such equipment, near Murmansk and Kamchatka. Thus, the protection of the most important frontiers is being strengthened - and modern main battle tanks become its key element.