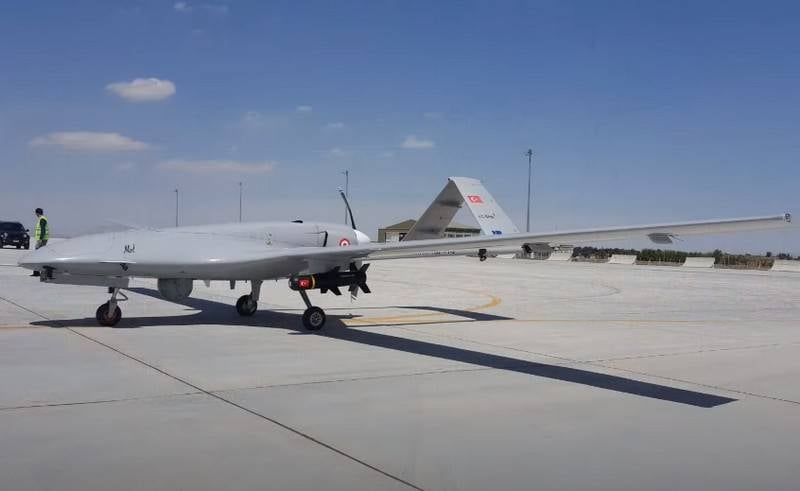 Ukraine intends to acquire another batch of Turkish Bayraktar TB2 drone drone. This is reported by Turkish media.


According to Turkish news agency Anadolu, the topic of acquiring drones was discussed during the official visit of the Turkish Minister of Defense to Kiev. Reportedly, on July 10, during a meeting with his Turkish counterpart Hulusi Akar, Minister of Defense of Ukraine Andriy Taran announced his intention to purchase an additional batch of Turkish attack drones.

According to available information, under the new transaction, Bayraktar TB2 drones will be delivered to the APU within a year. In addition to the UAVs themselves, the delivery will include three ground control points.

The Turkish Bayraktar TB2 UAV is an aircraft-type UAV. Wingspan - 12 m, length - 6,5 m. Maximum take-off weight - 650 kg, can carry two high-precision munitions MAM-L weighing 21,5 kg and two MAM-C weighing 7 kg, allowing to hit targets at ranges from 2 to 8 km. UAV flight duration - up to 24 hours, range in line of sight - up to 150 km.
Ctrl Enter
Noticed oshЫbku Highlight text and press. Ctrl + Enter
We are
Another Turkish UAV Bayraktar TB2 shot down in LibyaA summary of the events in the DNI and LC for the week 31.03.18 - 06.04.18 from voenkar Mag
Military Reviewin Yandex News
Military Reviewin Google News
53 comments
Information
Dear reader, to leave comments on the publication, you must to register.