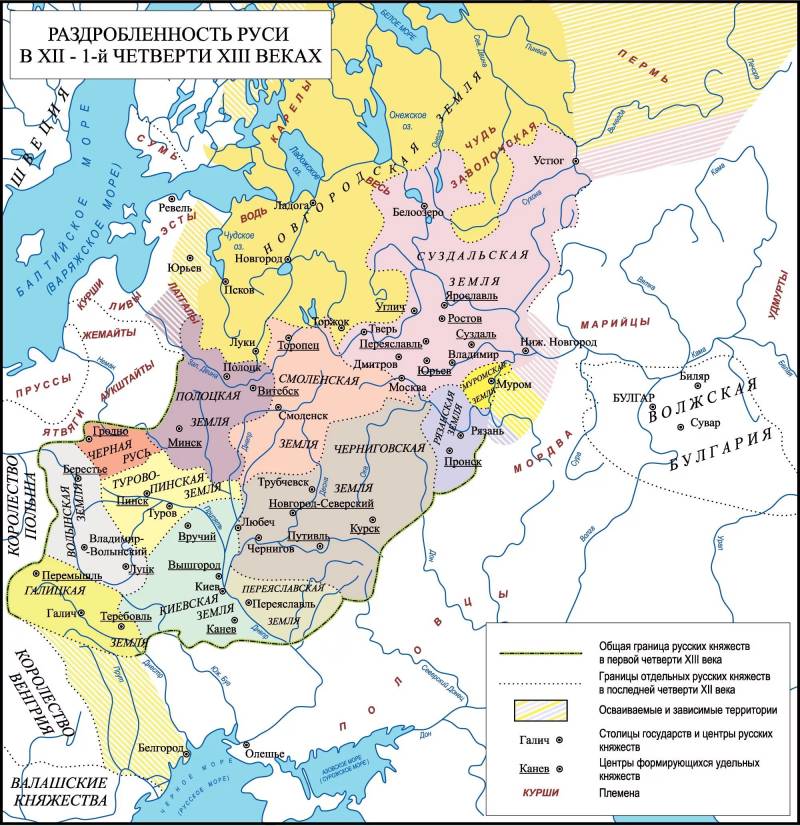 Unfortunately, in the course of numerous discussions about the unity of the Russian world, I have never heard of the fact given below, namely: Prince of Novgorod and Vladimir-Suzdal Alexander Yaroslavich Nevsky and Prince of Galicia and Volyn Lev Danilovich (the one whose name the city of Lviv is named after) - cousins: their grandfather, Prince of Novgorod and Galicia Mstislav Udatny, - the father of their mothers, Theodosius Mstislavna and Anna Mstislavna, respectively. I called Alexander Yaroslavich the first because he was born in 1220, and Lev Danilovich - in 1228. It is interesting to note that Alexander Nevsky from 1248 was the last titled Grand Duke of Kiev, but he himself never visited Kiev and was not involved in Kiev affairs.

Mstislav married the baptized daughter of the Polovtsian khan Maria Kotyanovna. Thus, Alexander Nevsky and Lev Galitsky for a quarter were Polovtsy.

From Alexander Nevsky come the princes of the Principality of Moscow.

From Leo of Galicia come the single princes of the Galicia-Volyn principality, who ruled until 1325, when they were first replaced by the Polish Piast dynasty, and from 1340 - the Lithuanian Gediminovich dynasty. The principality itself ceased to exist in 1392 as a result of its division between Poland (Galicia) and Lithuania (Volhynia). In 1452, Volyn was also incorporated into Poland.