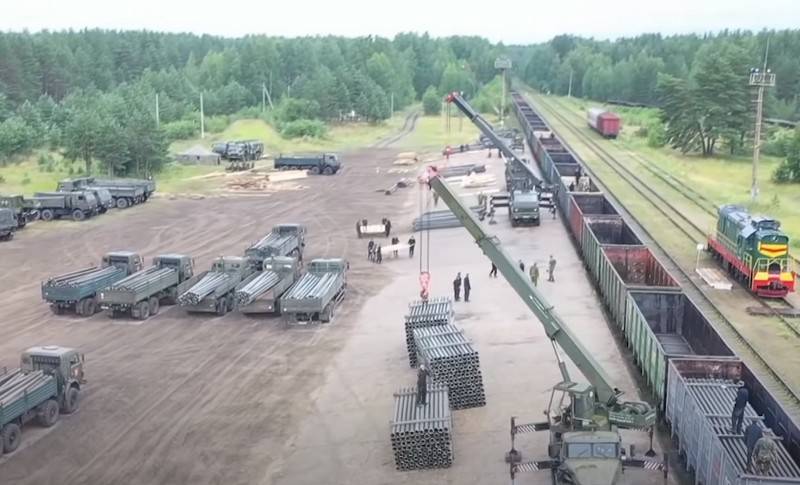 The military personnel of the pipeline troops of the Southern and Western military districts laid more than 50 kilometers of the pipeline that will connect the Taigan and Simferopol reservoirs in the Crimea, work continues. This was reported by the press service of the Ministry of Defense.

Logistics units of the Southern and Western military districts laid more than 50 kilometers of the pipeline in one line, which will connect the Taigan and Simferopol reservoirs in the Republic of Crimea
- said in a statement.

The military department explained that the laying of the pipeline continues, mobile pumping stations will be used to supply water through it. The pipeline will ensure the transfer of about 50 thousand cubic meters of water per day from Belogorsky district to Simferopol.


In total, more than 300 military personnel and about 140 units of special and construction equipment are involved in the laying of the pipeline. The first train with equipment arrived in Crimea on Saturday, July 11th.

Earlier, the leadership of the Republic of Crimea appealed to the military department. According to the head of the Crimea, Sergei Aksenov, due to the drought in Simferopol, "a certain water shortage has formed."

At the beginning of 2020, many reservoirs in the Crimea became shallow. The most tense situation due to the lack of precipitation has developed in Simferopol, the Crimean capital authorities have developed a schedule for water supply to the population in case of "special need", but at the moment it has not been introduced. Aksyonov called the current year one of the driest for the peninsula over the past half century.
Ctrl Enter
Noticed oshЫbku Highlight text and press. Ctrl + Enter
We are
Ministry of Defense will build a new pipeline to supply water to SimferopolBirthday of pipeline troops
Military Reviewin Yandex News
Military Reviewin Google News
107 comments
Information
Dear reader, to leave comments on the publication, you must to register.