Multiparty Russia. Is it possible and do Russians need it 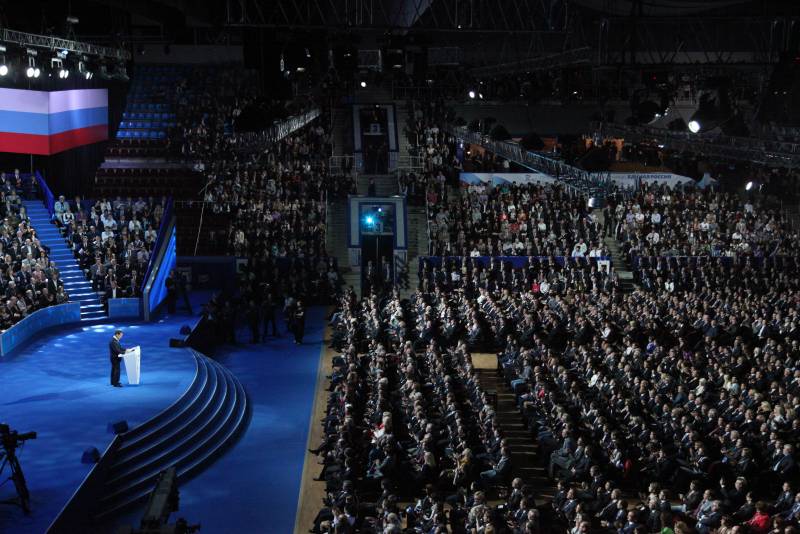 After reading this headline, many readers may be outraged: they say, at what time does the author hang? As the all-knowing Wikipedia suggests, as of July 1, 2020, as many as 44 parties are completely legally registered in our country and are engaged in political activities! Nevertheless, if we ignore arithmetic that is not very relevant for this case and turn to life realities, we will have to admit that our Motherland is far from the true diversity of the political palette!


The thing is that any party can be considered real power only if it has real, and not illusory, chances to enter government bodies, both local and central, to participate in the formation of the government, and, consequently, in the adoption of truly fateful decisions regarding the foreign and domestic policy of the state. Then, it really should be considered a spokeswoman for the interests of the broad masses of people, and not someone’s pocket structure, ”created and functioning to pursue the highly specialized goals and tasks of its own sponsors.

It should be understood that a multiparty system that exists exclusively on paper is not unique to our country. In the same United States or Great Britain, the real political landscape of a state has been determined for centuries by two forces: in the first case, Democrats and Republicans, in the second - liberals and conservatives. The rest of the parties (which in these countries exist, believe me, are more than enough) play the role of extras; they don’t dare to claim any real influence. At the same time, mind you, both of these countries proudly bear the title of strongholds of parliamentarism and the beacon of democracy.

Incidentally, a real multi-party system does not always benefit the interests of the state. Basically, this situation is typical for some countries in Europe. In Austria, Belgium, Denmark, as such, there is neither a ruling party nor a leader in terms of the number of sympathies of the party electorate. Hence the stunning discord in the local parliaments, the eternal struggle for the creation of capable coalitions, which often break up before they are born. The result of this is often very protracted parliamentary crises that make it impossible to make any important decisions, which require a majority, and are accompanied by a kaleidoscopic change of the ruling cabinet, whose members do not even have time to really get into the course of their affairs.

In our Fatherland, we will be frank, the parties today are divided, relatively speaking, not into “right” and “left”, liberal and conservative, but into imperious, pro-government and seemingly oppositional. With the opposition, too, everything is not so simple as it seems at first glance: some representatives of this camp, upon closer examination, give the impression of fake opponents of the authorities, who clearly know when, in what matters, and, most importantly, how seriously they can be criticized and “resisted” ".

The problem in this case, according to some domestic political experts, is that party organizations in Russia, in fact, are nothing more than springboards for professional politicians who go to the highest posts of state power. And they are created, and they function, as a rule, in an elitist environment rigidly closed to itself, where there is no way for “people from the street”. Therefore, we cannot talk about any kind of mass character and true demand for such associations among people a priori.

By the way, the fact that political activity in our country (as well as in the whole world) is by no means cheap is also playing a significant role here. Only very wealthy people can invest in it. The one who pays, as you know, also orders the music. However, in the Russian case, the specific whims of our rich are superimposed on this eternal principle: “With my money everything should be only in my opinion and nothing else!”

To a large extent, the same principle can be applied to the "opposition". With that only amendment: some of them are forced to earn other people's money, following the instructions of the "curators", both domestic and foreign. Moreover, for all its seemingly liberal nature inherent in Russian politicians, the disease of "leaderism" is characteristic of them no less than of "pro-government" party members.

Do our fellow citizens suffer from such a situation? The question is quite controversial. All venerable world political experts are inclined to believe that the existence of a one-party or multi-party systems in one country or another is based primarily on such a tricky thing as the national mentality and traditions of its population. The Russians, having plenty of "guzzled" and "guided and guiding" for almost eight decades, who later abundantly despised during the years of "perestroika", are generally not inclined to show confidence in any political parties and participate in their construction and activities.

Again, do not forget that the greatest discord reigned on our land precisely when the real multi-party system and pluralism of ideas and opinions blossomed violently in it. The “cadets” (representatives of the Constitutional Democratic Party), “Octobrists”, “Trudoviks”, Social Democrats and other gentlemen who rushed to power in February 1917 successfully ruined the army, law enforcement agencies and generally all power structures, after which they looked into impotence the impending final collapse of the empire. Incidentally, the October Revolution was not organized by the Bolsheviks alone. Everything was done in company with the socialist revolutionaries, anarchists, Mensheviks and some smaller caliber public.

Subsequently, the main problem appeared, over and over again calling into question the viability of a real multi-party system in our Fatherland. All parties that have real power in their hands, as a rule, are taken to “steer” the country in such a way that an immortal fable about a swan, cancer and pike immediately pops up in their memory ... Most of them seek sooner or later instead of decorous and civilized parliamentary debates to simply get rid of their opponents so that they don’t get confused with their “dissenting opinion” under their feet. Often in the most radical ways.

In fact, today in Russia there are not so many opportunities, but prerequisites for creating a real multi-party system. They can appear only with the birth of truly mass movements, whose leaders will not reduce their own political discourse to the issue of “turning” the country “to the West” or “to the East” and to promises to “expose” the representatives of the existing government in all conceivable and unthinkable “sins” "And" crimes. " The Russians will be able to go only for those who offer them instead of empty slogans or high-profile scandals a real recipe for how to make their life better. And if there are several such forces that have real and competitive programs, perhaps we will survive a multi-party system.

Ctrl Enter
Noticed oshЫbku Highlight text and press. Ctrl + Enter
We are
About Stalin and KhrushchevWhat you didn't want to know about England
90 comments
Information
Dear reader, to leave comments on the publication, you must to register.