Clash took place on the border between Armenia and Azerbaijan 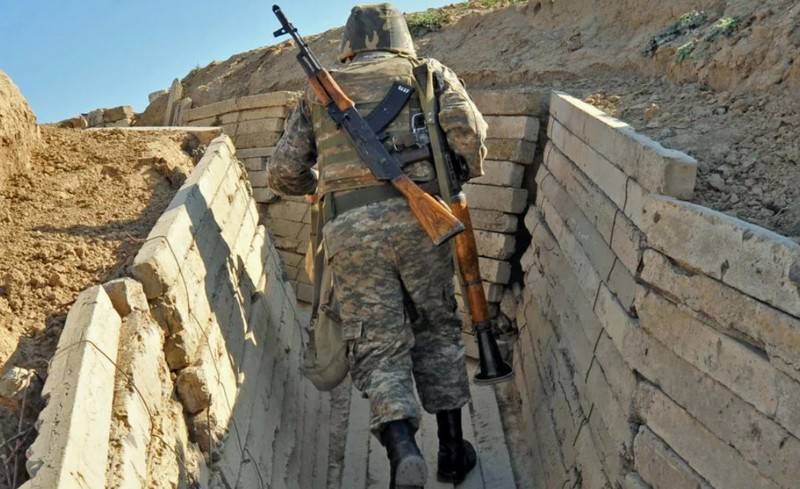 An armed clash occurred around noon on the Armenian-Azerbaijani border, reported dead and wounded. Each side accuses the other of escalating the armed conflict.

(...) the units of the Armenian armed forces, grossly violating the ceasefire on the site of the Tovuz region of the Azerbaijani-Armenian state border, fired on our positions from artillery installations. There are losses on both sides. Currently, there are fights in this direction. (...) As a result of the fighting, the Azerbaijani side lost two troops, five were injured. As a result of adequate measures, the enemy suffered losses and retreated
- said the Ministry of Defense of Azerbaijan.

Today, at 12.30, Azerbaijani forces, for reasons unknown to us, tried to violate the state border of Armenia in the direction of the Tavush region using an UAZ car. After the warnings of the Armenian side, the Azerbaijani troops, having left the car, returned to their positions. After that, the Azerbaijani military again attempted to seize the Armenian position by shelling it.
- the Ministry of Defense of Armenia said in a statement.

Recall that the conflict between Armenia and Azerbaijan has been going on for a long time because of the disputed territories of Nagorno-Karabakh. Earlier, the Azerbaijani Defense Ministry stated that one should speak with Armenia "only in the language of force."

Ctrl Enter
Noticed oshЫbku Highlight text and press. Ctrl + Enter
We are
Summary of the week from voenkor Mag about events in the DNI and LC 21.04.18 - 27.04.18New war in the Caucasus be?
Military Reviewin Yandex News
Military Reviewin Google News
192 comments
Information
Dear reader, to leave comments on the publication, you must to register.