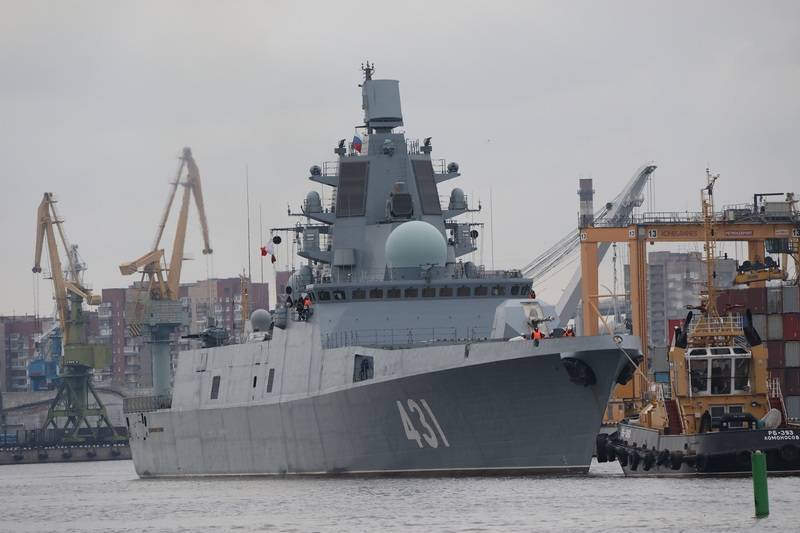 Signing of the acceptance certificate of the first serial frigate of project 22350 "Admiral fleet Kasatonov "will be held July 15, 2020, on Wednesday. This was reported by Mil.Press FlotProm with reference to two informed sources in the industry.


According to the publication, the signing of the award act will occur at the Northern Shipyard, taking into account the restrictions associated with the spread of coronavirus infection. The ceremonial raising of the flag on the frigate, according to another source, is scheduled for July 21 this year. Like the lead ship of the series - Admiral Gorshkov, Admiral Kasatonov will become part of the Northern Fleet.

According to sources, in addition to transferring the Admiral Kasatonov frigate to the Navy, another event is planned at the Severnaya Verf shipyard: in the coming days, two frigates of the second series of Project 22350, the seventh and eighth ship, will be laid at once. According to available information, they will carry 24 universal vertical launch units.

Ctrl Enter
Noticed oshЫbku Highlight text and press. Ctrl + Enter
We are
Two more frigates of project 22350 will be built at Severnaya VerfDay of the State Flag of Russia
Military Reviewin Yandex News
Military Reviewin Google News
22 comments
Information
Dear reader, to leave comments on the publication, you must to register.