11 May 2010
2
The experimental hypersonic percussion apparatus, launched by the US military, developed speed in Mach 20 - and disappeared. 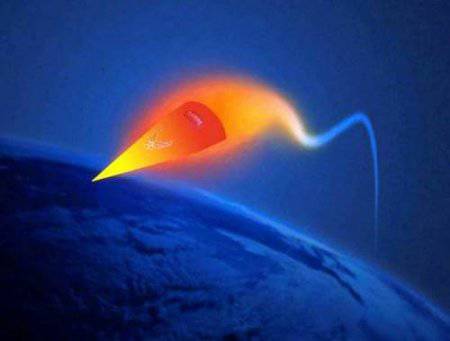 The development of such systems is carried out within the framework of the extremely ambitious - and, of course, highly secret - program of the Pentagon Prompt Global Strike. In short, its task is to be able to hit a target anywhere in the world with a delay of no more than an hour. Well, more about the project, we have already told in the article "Thunder from the Blue".

One of the elements of the program is the Falcon hypersonic aircraft, which ultimately must be able to reach enormous speeds and fly in lower space, covering thousands of kilometers in minutes. April 22 held the first flight tests of the unit Falcon HTV-2.

Launched aboard a carrier rocket from an air force base in California, the HTV-2 had to rise above the atmosphere and, maneuvering, descend, gaining astonishing speed — Mach 20. This is not just a hypersound, but a so-called fast hypersound, speed close to 30 thousand km / h. Apparatuses capable of flying at such a speed require coating with ceramic thermal protection tiles. The wings are incapable of carrying them, they will not stand, and the decision, it is considered, must necessarily be solved according to the aerodynamic scheme "Bearing case". This is exactly what the HTV-2 looks like, but this is not known for sure: only the drawings of the exterior of the device, and no photographs, are made public.

So, having started from California, HTV-2, after just 30 minutes, was supposed to hit the Pacific Ocean, north of the Air Force and Navy base on Kwajalein Atoll. But instead of this, the apparatus crammed with sophisticated electronics, autonomous navigation system, assembled from the strongest heat-resistant composites, 9 minutes after the start of the flight disappeared.

The developers and the military who controlled the tests, lost contact with him, and what was the reason for this is still completely unclear. However, they declare that the first flight cannot be called completely unsuccessful. At least, the HTV-2 successfully climbed on the carrier, safely disconnected from it, and even managed to carry out a number of maneuvers in the air, "switching to a controlled flight in the atmosphere at a speed exceeding Mach 20".

However, for the Prompt Global Strike program itself, this event will not be a serious blow. In order to achieve this goal, the entire 3 family of various technological solutions is being developed in parallel. 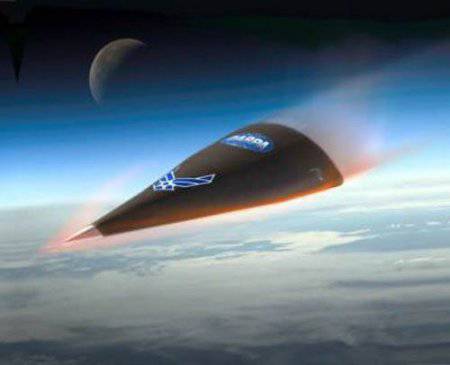 The first is to re-equip existing intercontinental ballistic missiles with conventional weapons instead of nuclear ones. True, this option, according to experts, is fraught with unpredictable reaction from other nuclear powers: by fixing the launch of a similar rocket, one cannot be sure that it carries a charge.

The second group of solutions consists in creating not too distant cruise missiles capable of reaching the speed of the 5-6 Mach, and placing them on bases around the world (the prototype of one of them, the X-51 Waverider, should be tested in December of this year).

Finally, the third option - the development of vehicles like the HTV-2, suitable for placement directly in the continental US - and from there within one hour to reach any point on the globe. With a trajectory reaching the near space, with appropriate speeds - no one will confuse them with a nuclear strike. Unless such devices themselves will not be equipped with nuclear warheads. So far, fortunately, this is far away.