In Libya, the risk of an armed clash between Turkey and Egypt is growing 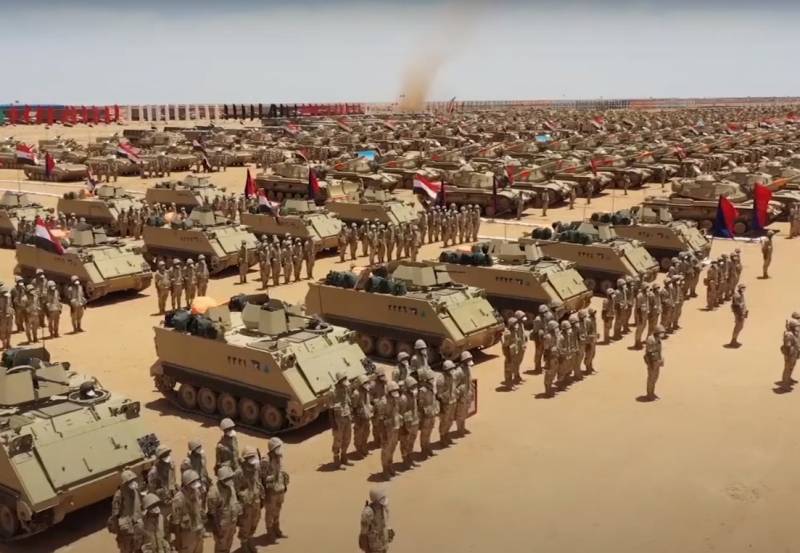 The situation in Libya in early July 2020 remains extremely tense. Field Marshal Khalifa Haftar announced his desire to completely expel all Turkish troops from the country. Meanwhile, hostilities continue in the country, and Turkey is increasing its military presence.


Currently, military operations, according to the pages of the Government of National Accord on social networks, are conducted in the areas of Abu Grain, al-Vishka and Buvayrat al-Hasan. The PNS is also focusing more and more impressive forces in the vicinity of the city of Sirte.

According to resources supporting the Government of Libya’s National Accord Faiz Saraj, Turkey does not exclude the possibility of sending S-400 anti-aircraft missile systems to Libya, the ones that Ankara acquired from Russia with such a scandal and damage to relations with the United States. At the same time, it is unlikely that the Turkish leadership decided on such a provocative step: it is possible to act in Libya with the help of other weapons, but balancing between Russia and the United States is much more important than quarreling with both great powers.

Another thing is if the Egyptian army enters the fighting in Libya. Despite the fact that the Egyptian army may be inferior to the Turkish armed forces in the quality of weapons and personnel training, in the war on Libyan land the Egyptians will have a certain advantage in logistics: they don’t need to send soldiers and equipment by ships, as Turks, but rather cross easily Egyptian-Libyan border by convoys.

One way or another, but Turkey continues to increase its military presence in Libya. The convoys of the Turkish army were spotted while driving in the direction of the al-Vatiyya airbase, which was recently repulsed by the troops of Faiz Saraj from the supporters of Khalifa Haftar. Now, apparently, not even PNS units, but Turkish military personnel will be fixed at the airbase. Only in the last month and a half, the Turkish military aviation made 27 flights to Libya. 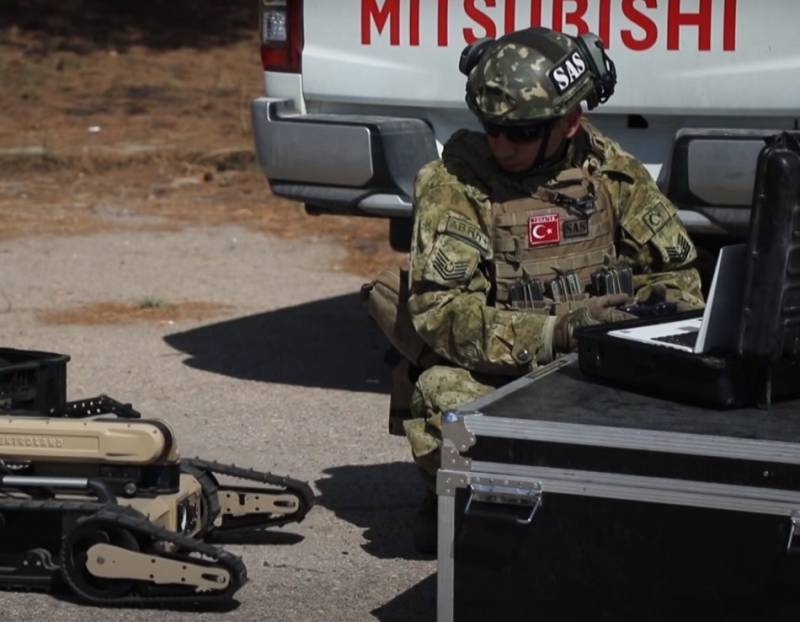 Turkish military specialist in Tripoli
Airbus A400M aircraft transporting weapons, equipment and mercenaries recruited in Syrian Idlib to Libyan airfields. In early July, an agreement was signed on military cooperation between Turkey and Libya (PNS), according to which official missions of the Turkish ground forces, air defense, air forces and UAV command are deployed in Libya.

Turkey is deploying its new base on Libyan territory in Al-Vatiyeh, as this place is ideal for hosting the base from a strategic point of view. According to some reports, Turkish MIM-23 Hawk anti-aircraft missile systems were deployed at the air base, which on July 5 became the target of air strikes of aircraft belonging to the United Arab Emirates Air Force. 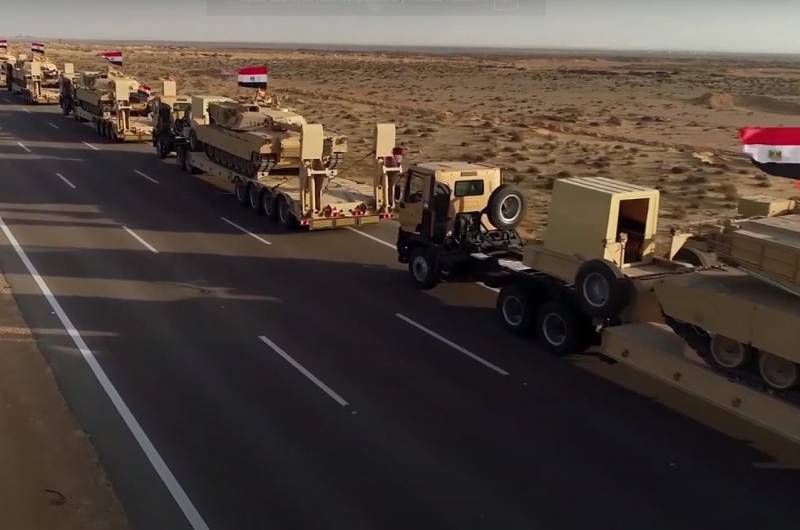 Columns of Egyptian military equipment
Egypt keeps its troops in full combat readiness, demonstrating a determination to get involved in the Libyan conflict in the event of further vigorous action by the PNS and Turkey. Also, the Egyptian military department announced the holding of land and sea maneuvers "Khasam 2020", the main purpose of which is "the destruction of mercenaries and terrorists on the Libyan border."

However, Turkey has already stated that it will continue to attack Sirte and Al-Jufra, since air strikes were carried out at Al-Vatiyya airbase, leading to the destruction of Turkish anti-aircraft missile systems. In response, Egypt is concentrating an increasing number of troops on the Libyan border.

Thus, the risk of a military clash between Egypt and Turkey on Libyan territory is becoming increasingly tangible. These events make me remember historywhen Turkey and Egypt repeatedly fought.

Ctrl Enter
Noticed oshЫbku Highlight text and press. Ctrl + Enter
We are
Why does Russia support Field Marshal Haftar?New Libyan commander in chief and his house in Virginia
Military Reviewin Yandex News
Military Reviewin Google News
183 comments
Information
Dear reader, to leave comments on the publication, you must to register.