Ukraine asked NATO to strengthen presence in the Black Sea 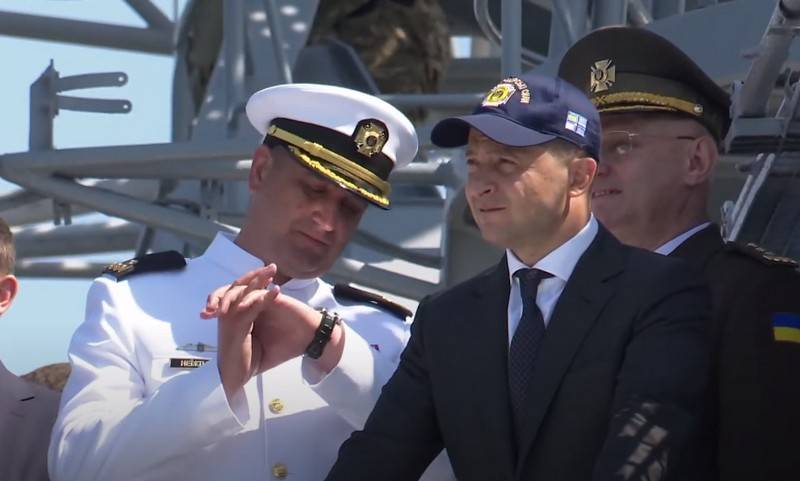 The North Atlantic Alliance agreed to strengthen the presence of its forces in the Black Sea region, such a decision was made following a telephone conversation between NATO Secretary General Jens Stoltenberg and Ukrainian Defense Minister Andriy Taran.


According to reports, the head of the Ukrainian military department Andriy Taran and NATO Secretary General Jens Stoltenberg, during a telephone conversation, came to the conclusion that the situation in the Black Sea region is deteriorating due to the significant strengthening of Russia, which "is changing the balance of forces in the region." The parties agreed to strengthen NATO's presence in the region.

The parties agreed to strengthen the presence of forces on the land, sea and in the airspace of the Black Sea region by increasing air patrols and the presence of naval ships of the alliance’s member countries
- said in a statement posted on the website of the Ministry of Defense of Ukraine.

In addition, the parties agreed on the exchange of operational information on the situation in the region. Taran also invited NATO forces to take part in the exercises scheduled for this fall and should be held in southern Ukraine.

Earlier, Ukraine received the status of partner for NATO enhanced capabilities. Kiev intends to use this status to expand its intelligence database on the situation in the Black Sea and on the Crimean peninsula.


Ctrl Enter
Noticed oshЫbku Highlight text and press. Ctrl + Enter
We are
Poroshenko met Stoltenberg and during the press conference he stated with regret that they are not ready to accept Ukraine into the alliance at NATO.Reports from the militia of New Russia for 27-28 September 2014 of the year
Military Reviewin Yandex News
Military Reviewin Google News
51 comment
Information
Dear reader, to leave comments on the publication, you must to register.