New roads: Russia solves one of its main problems 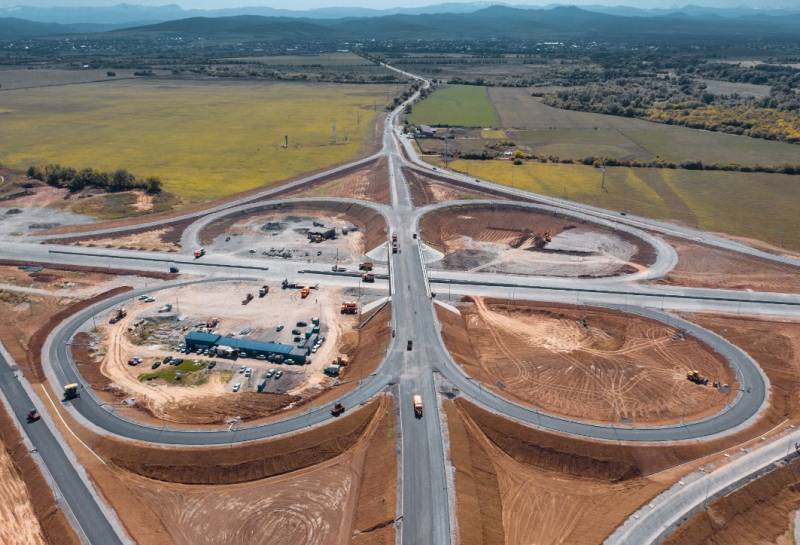 The unsatisfactory condition of the roads is called one of the long-standing ills of Russia. Meanwhile, one cannot but admit that in recent years old roads and bridges have been actively repaired and new ones are being built. What is road construction in Russia today?

First of all, it should be noted that although many Russian roads are still far from perfect, the situation is gradually changing. So, as of 2000, there were 365 km of expressways, including the Moscow Ring Road and the Moscow-Tula and Moscow-Volokolamsk highways. The construction of new roads intensified after Vladimir Putin came to power: rising oil prices contributed to an increase in the amount of money in the federal budget, which was directed, inter alia, to improving the country's road infrastructure.

During 2000-2018 the number of expressways in Russia increased by 2050 km, that is, 6 times. The construction of an important highway connecting Chita and Khabarovsk was completed. Thanks to the completion of this construction, the east and west of the country were first connected by modern highways. Then a national road development plan was adopted: until 2024, it is planned to attract up to $ 100 billion of investments.

The construction of the M-11 Moscow-St. Petersburg highway was completed, which, without exaggeration, can be called one of the most technologically advanced Russian roads. In the foreseeable future, a ring road should be built around St. Petersburg, deepening into the territory of the Leningrad Region and having a length of 122 km.

By 2018, it was possible to modernize 746 kilometers of the strategically important M-4 Don highway. The total length of the road is 1542 km from Moscow to Novorossiysk, 796 kilometers should be modernized in the coming years. The importance of this highway increased significantly after the entry of Crimea into the Russian Federation.

From Crimea to China: where new roads have been built and are under construction in recent years

In December 2018, the Crimean Tavrida Expressway was opened. This road leaves the Crimean bridge across the Kerch Strait deep into the Crimean Peninsula, connecting the east and southwest of the peninsula. The branch of the road should connect Simferopol with Evpatoria and Mirny. 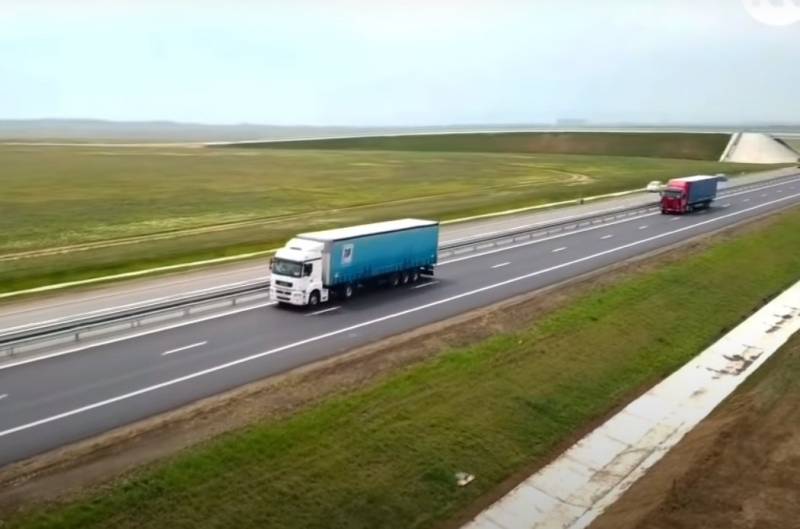 Tauris
A four-lane highway “Meridian” is under construction, which should connect the Smolensk region on the border with Belarus with the Orenburg region on the border with Kazakhstan. The length of the road is 2000 km, and its construction fits into the framework of the concept of developing economic ties in the Eurasian space and is beneficial not only to Russia, but also to other countries - Belarus, Kazakhstan, China.

Experts attribute the construction of the road to the development of the regions through which it will pass. These regions, such as the Tambov, Lipetsk, Kursk, Bryansk regions, etc., do not have high rates of economic development and the emergence of a highway of this level will be an excellent way to increase the well-being of these regions. After all, the motorway is new service jobs, prospects for the development of small businesses in the field of gas station, repair service, catering, hostels and motels. 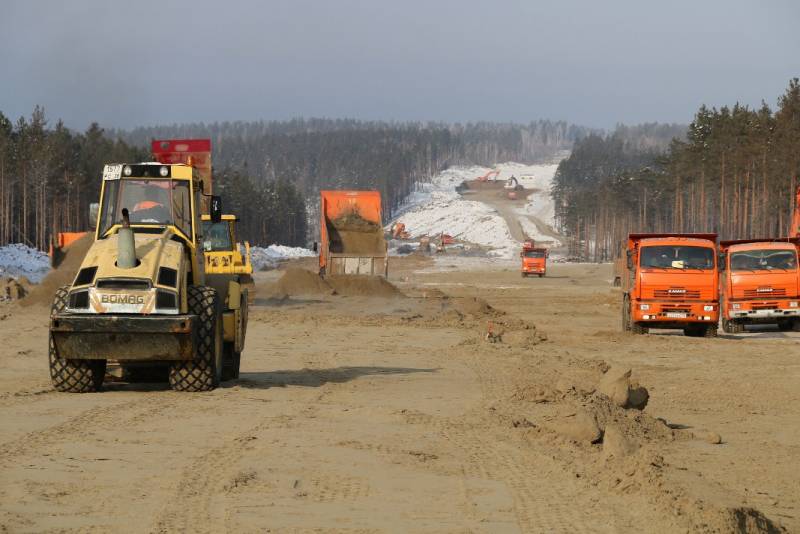 Construction of the bypass of Usolye-Sibirsky in the Irkutsk region
By 2023, it is planned to complete the construction of a expressway linking Moscow and Kazan. This road will also be of great strategic importance to the country.

A separate topic is the construction of bridges. The most impressive successes of recent years: the commissioning of the Crimean bridge across the Kerch Strait, the Expressway on the Protective Dam of St. Petersburg, the bridge across the Amur Bay in Vladivostok, the Academic Bridge over the Angara in Irkutsk, etc.

Most importantly, Russia is moving from the creation of highways and bridges of federal significance such as the Crimean Bridge to the improvement of local road infrastructure. The national road development plan provides for the modernization of secondary highways, including in cities and rural areas. After all, it is these, local roads, that ultimately form the face of the country in the eyes of ordinary citizens and foreign guests.

Of course, much remains to be done in the field of road construction in our country. However, the successes already achieved cannot be denied. Deficiencies and shortcomings are present everywhere, but the scale of road construction in recent years is impressive. The emergence of new roads is becoming a big plus for the Russian economy, both on the scale of the country as a whole and at the regional level.

Ctrl Enter
Noticed oshЫbku Highlight text and press. Ctrl + Enter
We are
What you didn't want to know about EnglandWhat we lost
Military Reviewin Yandex News
Military Reviewin Google News
160 comments
Information
Dear reader, to leave comments on the publication, you must to register.