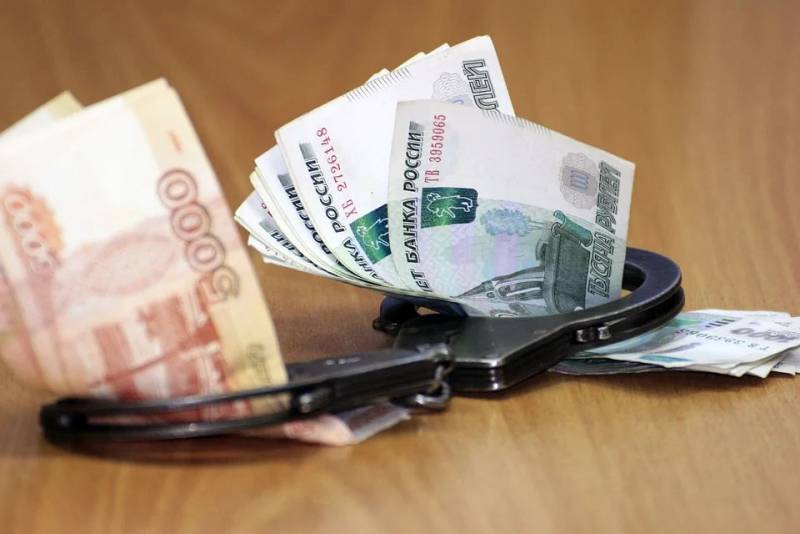 Corruption is a social evil tormenting humanity, perhaps, from the moment the first states arose. Alas, this trouble did not pass over Russia. The fight with her lasts in our country as long as it is unsuccessful. Calls were repeatedly made to use world experience and to borrow the best examples in overcoming the problem of dishonest officials. We will talk about some of these examples.


The bribery problem belongs to the category of the most old and intractable. In the old days, they rebelled against her as anyone knew how. Most of the rulers, brought to a white heat by stickiness of their hands and the bottomless pockets of their own servants, from the nearest proxies to small clerks, without further ado rubbed their heads, referred to the ends of the world and took to the treasury the money acquired by dishonest means.

Quite originally, according to some legends, one of the Ottoman sultans decided to do: choosing the next great vizier, he removed him from his post without executing any proceedings, executed, and confiscated his property so that the next would not be disgraceful. So repeated more than once ... And what? The number of people wishing to take this post has not decreased at all! This proves that the mentality is extremely difficult to reverse even with the most severe measures.

However, as severity in the fight against corruption, as world practice shows, you won’t achieve much. The death penalty for this crime can be applied today in countries such as China, Thailand, Cuba. In the United Arab Emirates, grabbing hands are chopped off for bribe takers, just like ordinary thieves. In the Celestial Empire, the extreme severity of legislation is also combined with the implementation of "educational work", although quite peculiar. On extremely exciting excursions to prisons, where corrupt officials are detained, they take not only the public servants themselves, who risk succumbing to the temptation, but also their family members up to their children. And the relatives of the shot bribes can easily be sent an invoice for the ammunition spent at the same time ...

Alas ... None of these countries tops the list of the least corrupt. Eyes are afraid, and hands are taken ... But another Asian state, Singapore, is considered almost the whole model of a successful anti-corruption policy in the world. What is the secret that corrupt people live there hard? Not only that, to investigate the actions of dishonest officials, special structures were created there, as independent as possible and enjoying the broadest powers. And not even in the adoption of the relevant legislation, which put potential bribes in an extremely tight framework.

A huge role was played by the introduction of the so-called “presumption of corruption guilt” of the official, according to which not the investigators were to prove the fact of receiving unlawful remuneration for him, but he himself was obliged to justify his own material well-being in the most detailed way with an exact indication of his legal sources. Otherwise - not only the shameful dismissal and confiscation of all good, but also a substantial prison term. At the same time, it should be noted that at the same time as the measures mentioned, the wages of public servants there were increased quite significantly, so that it was much more difficult for officials to lead into temptation.

In Europe, the Italian experience in the fight against corruption is considered quite successful. In 1993-1994, there was conducted an unprecedented in scale special operation "Clean Hands", which resulted in the conviction of more than five hundred officials and politicians up to statesmen of very high ranks. In total, about 20 thousand people turned out to be under investigation, and up to 80% of local officials simply left their posts away from sin. It all started with the fact that on a bribe of 5 thousand dollars came the director of a pension for the elderly in Milan Mario Chiesa. However, as it turned out, this character was only a link in the chain, following which the investigators reached his accomplices at the very top. However, to say that since then Italy has completely and completely got rid of corrupt officials and corruption would be a very big exaggeration.

They are quite productively fighting this evil in the countries of Scandinavia. There, as, however, and everywhere where the bribe-takers were curbed as much as possible, the result is a combination of quite strict anti-corruption legislation, maximum transparency of the activities of state bodies and minimal “regulation” of the same business, which minimizes bribery risks and opportunities for it. The Netherlands and South Korea also achieved good results, not least due to extremely tightened control over the activities of officials, including from ordinary citizens. In the same South Korea, the Audit and Inspection Committee is obliged to initiate an investigation on any statement submitted to it, and the Dutch pay officials for reporting dubious actions of colleagues.

Which of all these methods can be applied in Russia? It is hard to say. It is important - not to try to mix everything together and not to start, as has already happened more than once, to apply even the most effective other people's recipes without taking into account local specifics. And most importantly - to build a system of protection of legislation and trust for those who are called upon to deal with such protection.

Ctrl Enter
Noticed oshЫbku Highlight text and press. Ctrl + Enter
We are
Results of the week. "Well, do not change me because of every idiot!"European bribe takers: from survival to greed
Military Reviewin Yandex News
Military Reviewin Google News
98 comments
Information
Dear reader, to leave comments on the publication, you must sign in.