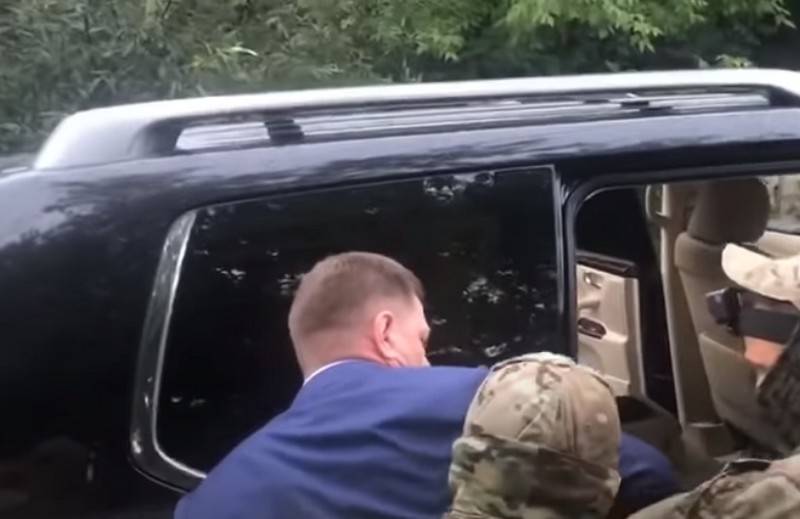 The governor of the Khabarovsk Territory Sergey Furgal was detained in the framework of a criminal case on a series of attempts and murders. According to the Investigative Committee, Furgala came out during the investigation of a multi-episode case in relation to an organized crime group involved in a number of particularly serious crimes.

The Main Directorate for Investigation of Particularly Important Cases of the Investigative Committee of the Russian Federation continues to investigate a multi-episode criminal case against an organized criminal group involved in organizing and committing a number of especially serious crimes against the life and health of citizens engaged in entrepreneurial activities committed in 2004-2005 in the Khabarovsk Territory and the Amur region. Operational support in the case is carried out by the FSB of Russia
- said in a statement.

According to the investigation, Sergey Furgal is the organizer of a number of assassinations and killings of a number of entrepreneurs in 2004-2005 in the Khabarovsk Territory and the Amur Region. Currently, there is evidence of Furgal's involvement in at least two murders and one assassination attempt. In the near future he will be delivered to Moscow, where he will be charged and a preventive measure will be chosen.


Earlier, in the framework of this criminal case, four participants in an organized crime group involved in the murder of businessmen were already detained, they are arrested and testify.

According to available information, Sergei Furgal was detained by FSB officers near his home, so he did not even have time to appoint his successor as governor.
Ctrl Enter
Noticed oshЫbku Highlight text and press. Ctrl + Enter
We are
Results of anti-terrorist work on Dagestan in April 2014TFR: anonymous FSB officers dissatisfied with Kadyrov’s guards, “fictional characters”
Military Reviewin Yandex News
Military Reviewin Google News
295 comments
Information
Dear reader, to leave comments on the publication, you must to register.