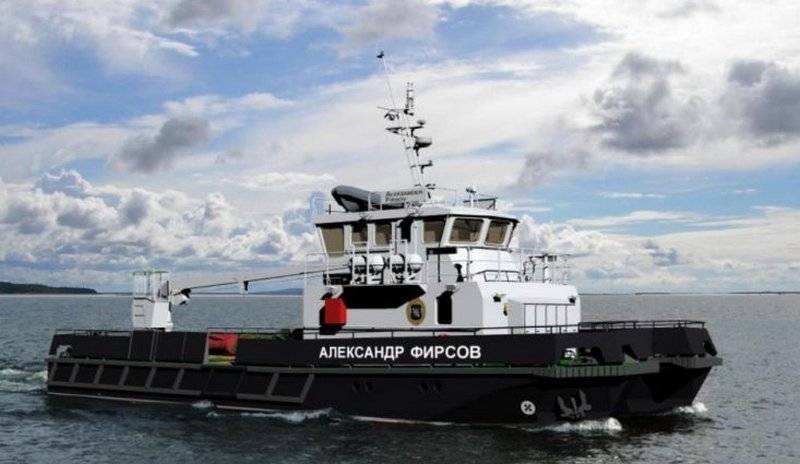 The second one built for the Naval was delivered to Sevastopol Marine Plant for completion fleet large hydrographic boat-catamaran of project 23370G "Alexander Firsov". This was reported by the press service of the manufacturer "KAMPO" (Moscow region).

As stated in the message, BGK "Alexander Firsov" delivered to the "Sevastopol Marine Plant", where it will be completed. According to the plans of the enterprise, launching the boat on water will take place at the end of July, after which the boat will go to undergo the required tests. The launch of the boat in the Navy is scheduled for October this year. He will be part of the hydrographic service of the Black Sea Fleet.

BGK "Alexander Firsov" was founded in August 2019. He is the second in the series and the first production after the head boat Mikhail Kazansky, which became part of the Baltic Fleet in December last year. The boat is named after the hydrograph - captain-lieutenant Alexander Firsov, who served in the Great Patriotic War.

Ctrl Enter
Noticed oshЫbku Highlight text and press. Ctrl + Enter
We are
In Vyborg they launched the 23370G project defense company for the Baltic FleetThe second BGN of the 23370G project was laid down at the KAMPO shipyard in Orekhovo-Zuevo
Military Reviewin Yandex News
Military Reviewin Google News
12 comments
Information
Dear reader, to leave comments on the publication, you must sign in.