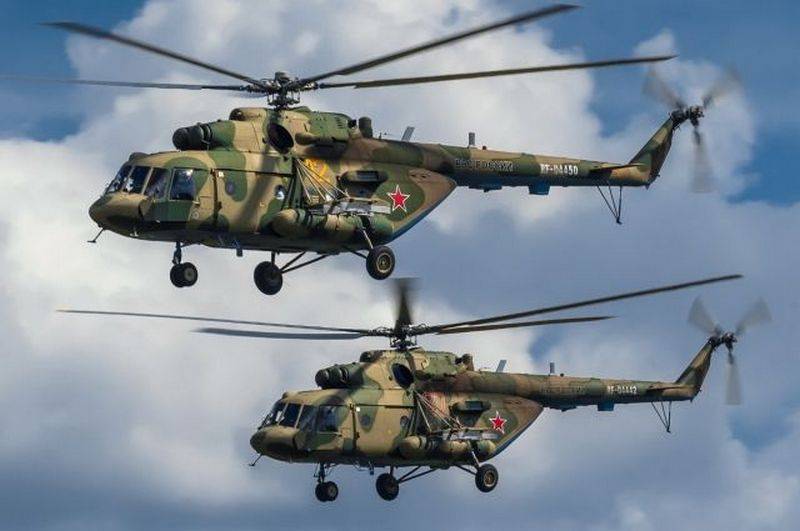 The Russian military base "Kant" in Kyrgyzstan received two transport and combat helicopters Mi-8MTV5-1. This was reported by the press service of the Central Military District.


According to the report, helicopters made a flight from the Chelyabinsk region, breaking more than 2 thousand kilometers. On the way, the helicopter crews carried out two refueling: one in the Omsk region, the second - in Kazakhstan. Pilots preliminarily underwent theoretical and practical training at the Center for Combat Training and Retraining of Army Flight Personnel aviation in Torzhok.

The press service noted that the helicopters are equipped with an airborne defense system. In the cockpit, new lighting equipment was installed, adapted for the use of night vision goggles, communication facilities were replaced with more modern ones. The helicopter is armed with C8 unguided missiles and a 23 mm gun.

It is noted that the helicopters arriving at Kant will replace the more obsolete models that are in service with the Russian base.

As the wound reported, the Russian Kant military base has been operating in Kyrgyzstan since 2003, and is part of the Central Military District. In service are Su-25 attack aircraft, Mi-8 helicopters and other military equipment.