Burning States of America: A Premonition of Civil War 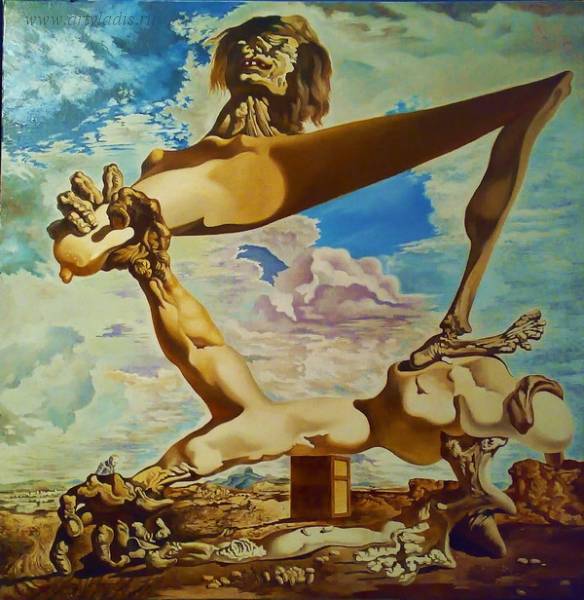 Someone will be hardworking and energetic, someone will long for power. And someone will quietly pass by. Past all, but everyone will notice him ...

Salvador Dali has not yet been forgotten. Nowhere. Even in the USA, where the current semi-literate heroes of the “Maidan” there are ready to fight on their own without knowing whom, they know well why. For dollars.

But it is unlikely that anyone in the States, even among Hispanics, will generally remember that the national question was one of the main issues in the same Spanish civil strife. And the ruthless Franco won not least because he fought with the separatists. Both in Catalonia, and in Basque country, and in Aragon with Galicia.

Dali - a brilliant painter, by the way, not a Spaniard, but a Catalan, foresaw a lot, but Spain was moving towards her Calvary for many years. One can argue hoarsely and endlessly about how many years the United States has been moving towards its tear.

Who and what time bomb (like Lenin under the USSR, according to Putin) laid under the USA? This can also be discussed. But for some reason everyone is returning to the 60s, when they had to bring to mind what Abraham Lincoln had begun 100 years before. 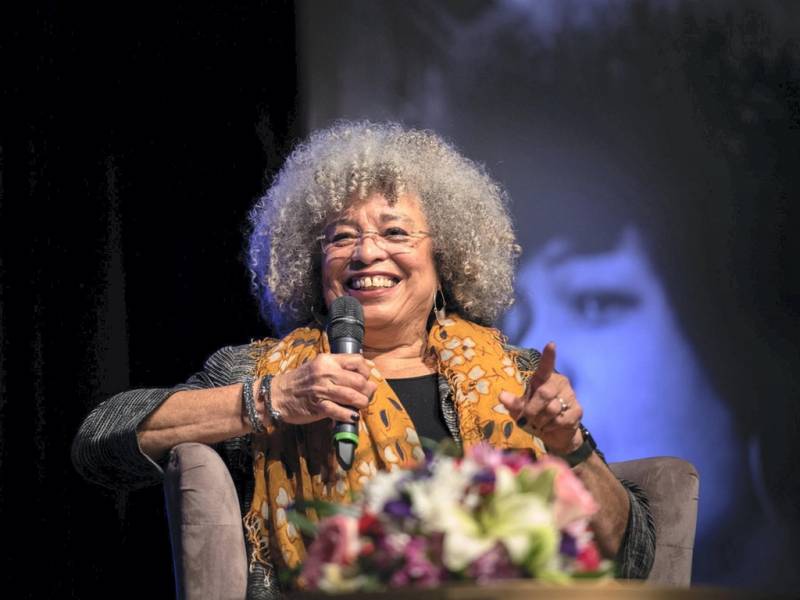 Angela Davis was once even the heroine of Soviet jokes
About the same, who are Martin Luther King or Angela Davis, the new generation has a very vague idea. Even in the USA. Even there, these characters are a kind of stamped portrait of Comandante Che on a T-shirt. Although, for well-known reasons, the new American revolutionaries are more likely to stick out Stalin’s profile on their chests than to worship Fidel’s irrepressible ally. 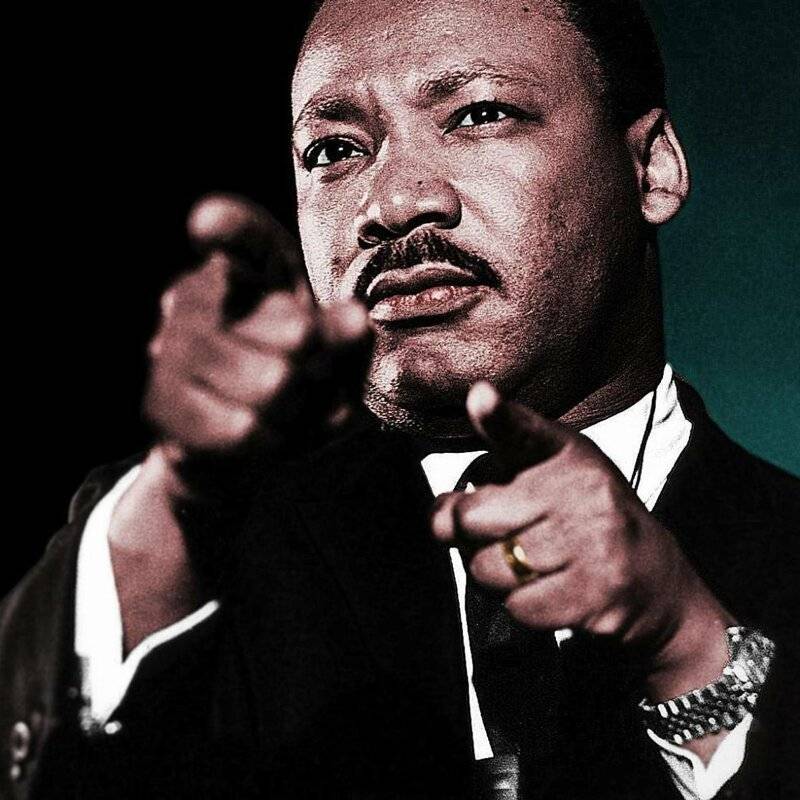 Martin Luther King dreamed "only" of the equality of all before God
The distinctly provocative nature of the current event disguises too much the real content of what is happening. The American liberal party that easily knelt down, in which, in addition to the Democrats, such as the Clinton and Nancy Pelosi couples, now a bunch of Republicans suddenly found themselves, knew what it was doing.

It was not possible to remove the long-accumulated tension in society even during the eight years of Barack Obama's presidency. B. Obama is an exception that only confirms the rule, and even just a “thrown bone” are the mildest definitions of a focus that has failed. The same Angela Davis, a communist, excuse me for repeating, by the way, she also went to the “exception” and today she feels rather well as a professor at the University of California. 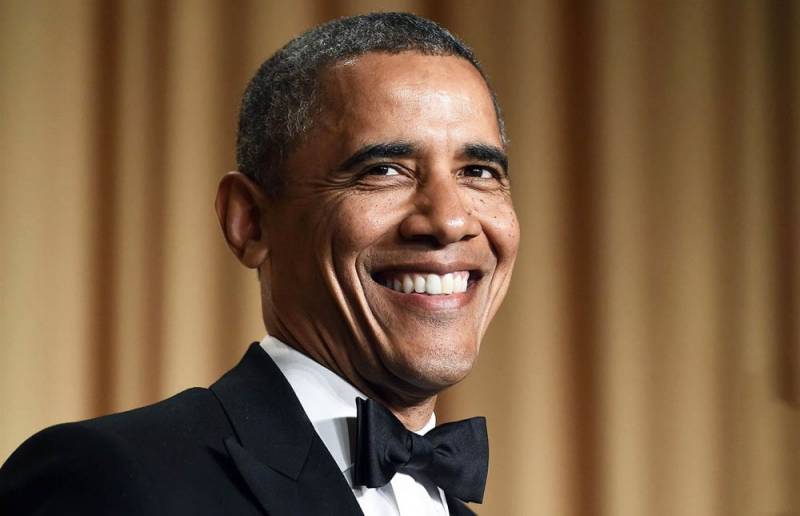 Is Barack Obama a Bad Example?

It is no coincidence that almost everything that remained of the “Obama” by 2016 so quickly pushed the deliberate “trampism” into the shadows. And as a result, a pandemic happened once in a while. Why it is 2020, no one needs to explain, those who are not scared to death and at least try to understand something, understood everything.

It would seem that this is the case when, if something was not there, then it was necessary to come up with it. But if the whole thing was only to throw Trump! .. 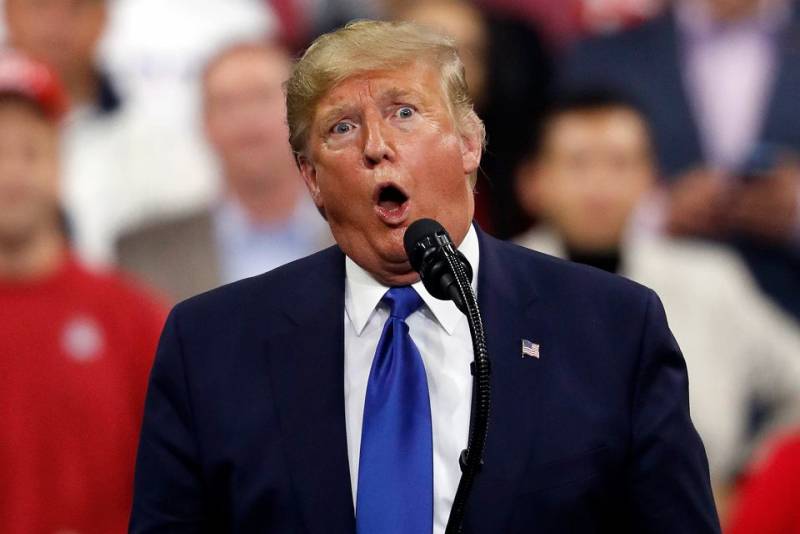 Under a president like Donald John Trump, it’s easier to admit the fact that the “revolution” of the 60s didn’t give anything. It’s even easier to ask forgiveness from the same late Martin Luther King, oddly enough, not even a Catholic or Protestant, but a Baptist that somehow he didn’t fulfill his covenants.

But the elimination of segregation in the end turned out to be very protracted. In the hundred years since Lincoln, property relations have only slightly changed for the better. By the way, the elimination of the slavery of some people before others as a whole was clearly delayed, already for millennia.

The third Christian millennium too quickly finds the worst features of a slaveholding society. Whoever and however much tries to challenge the classical conclusions of the Marxists, digital slavery will almost inevitably be more terrible and much more sophisticated in comparison with all its other types.

The United States was held hostage by its own system, in which the social mobility of blacks, as well as any other “other” ones, was severely limited. As obtrusive as the Snickers advertisement, Obama’s example once again highlighted this problem and became one of the main causes of the irritation that is now so disgustingly splashed out.

The notorious social elevators work, so defiantly ignoring the lower floors, that sooner or later this should have made itself felt. The primitive “bread and circuses” ceased to work a long time ago, since the number of those whom it had nothing to do with continued to grow at a faster pace.

Unequal access to elevators has been cultivated for several generations after the terrible 1968. With his protests that reached the uprisings in the ghetto and the murders of the same M. L. King, as well as Senator Robert of the Kennedy clan, the younger brother of the president, who was also killed five years before.

Today in the USA it is still fixed, somewhere de jure, but mostly de facto, such an approach that black, and generally colored children simply do not have a chance to compete with whites for places in schools and universities. Sports, work on the assembly line, where he still remained, the service sector, and the most primitive, in the best case, jazz - the maximum that can really be claimed to be “just colored”.

We will not go deeper here as far as such an audience is generally ready and determined to compete for a place “in the elevator”, we have to evaluate the system that brought the United States to such a life. And in a negative situation, it can bring the whole civilized world, although the East is a delicate matter, it may not agree.

What is export revolution

For the past thirty or forty years, or even more, the United States has been mainly engaged in the export of revolutions (it is interesting that it is mainly “colored”). Now, something completely indigestible can go for export, and not from the CIA or something like that. In a sense, exports will be "unstimulated," God forbid.

However, do not forget that the soil in Russia for such export-import is quite well fertilized. After all, we also have big problems with social elevators. And in the years after the reforms, we, it seems, were only the ones who were busy building a society with a division into oppressed and governing estates. 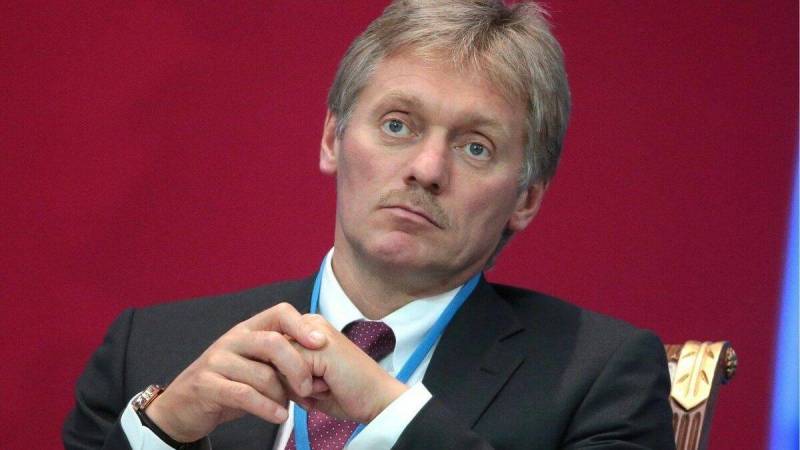 As you can see, it’s not just that the press secretary of the head of state named the empire of Nicholas II as his (I would hope that only his own) ideal. One can argue for a long time who came up with the export of the revolution, Lenin or Trotsky, in practice it is more important who and how uses this experience.

Something like counter-revolution was exported to us in the early 90's so famously that in the end, the very “division” into classes in Russia happened. Some gained access to resources and cooked up for themselves and for children and grandchildren a whole system of social elevators, open only on separate floors.

A stranger can’t get into it now, and segregation doesn’t even take place according to the color of the skin, but according to the size of the wallet, which, in fact, does not change much in essence. The overwhelming majority at the same time falls into the trap of low incomes and remains farther from social elevators, which only give a coveted chance of success.

In the “burning” United States, about ten or a little more percent of the population is fighting for the right to enter the social elevator. And they have already put almost all of America on their knees, or rather, on their knees. Isn't that strange arithmetic?

Ctrl Enter
Noticed oshЫbku Highlight text and press. Ctrl + Enter
We are
Situational analysis of the death of the MH17 flight (Malaysian Boeing 777), made on the basis of engineering analysis from 15.08.2014Results of the week. “In our cooperative, the board is always agreed”
Military Reviewin Yandex News
Military Reviewin Google News
134 comments
Information
Dear reader, to leave comments on the publication, you must to register.