Kiev is going to deploy American Javelin ATGM in the Donbass 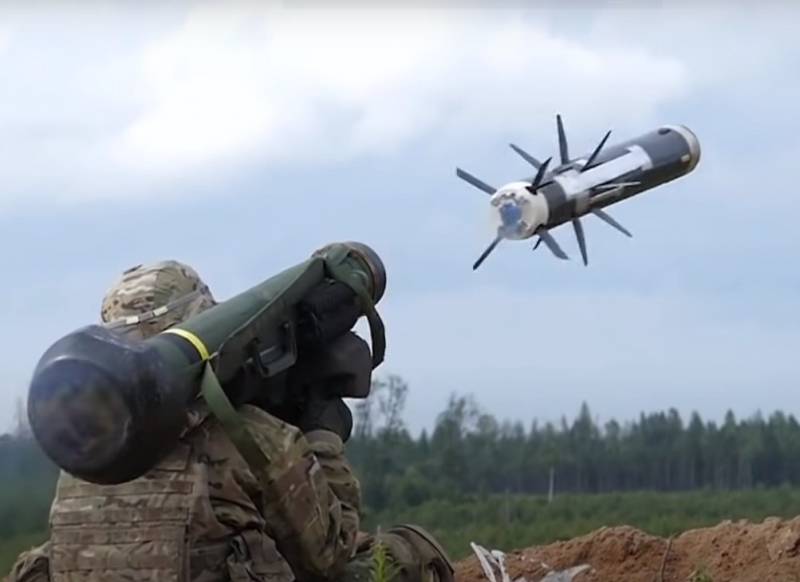 Recently, the United States delivered a batch of Javelin ATGMs to Ukraine. Kiev is going to post a new weapon in the Donbass, arming them with brigades operating in the areas where the so-called "Anti-terrorist operation."


As you know, Ukraine received the first batch of “javelins” back in 2018, but the second batch came up with a delay, which cost US President Donald Trump dearly. Nevertheless, in the end, the American anti-tank missile systems were at the disposal of the Ukrainian army, and this time the United States allowed the use of "javelins" not only in the case of "direct Russian aggression", but also in conventional military operations in the Donbass. This was tweeted by CNN's Ryan Brown.

U.S. officials told CNN that there are no geographical restrictions as to where Ukraine can deploy US-supplied Javelin anti-tank missiles.
- stressed the journalist.

It is worth noting that the United States quite freely interprets the concept of “defensive act”, in which Ukraine is allowed to use American anti-tank systems. For example, airstrikes that were inflicted on positions of Al-Shabab militants in Somalia were also considered by the US military as “defensive acts”, as they were carried out in response to the actions of Somali militants against US government forces of Somalia and African Union states .

There is no doubt that in Ukraine we will witness the same situation: if necessary, even the offensive actions of the Ukrainian military in the Pentagon will be described as defense, in connection with which the use of “javelins” will be allowed. So, “javelins” can be used as a response to any actions of the armed forces of the Donetsk or Lugansk republics. 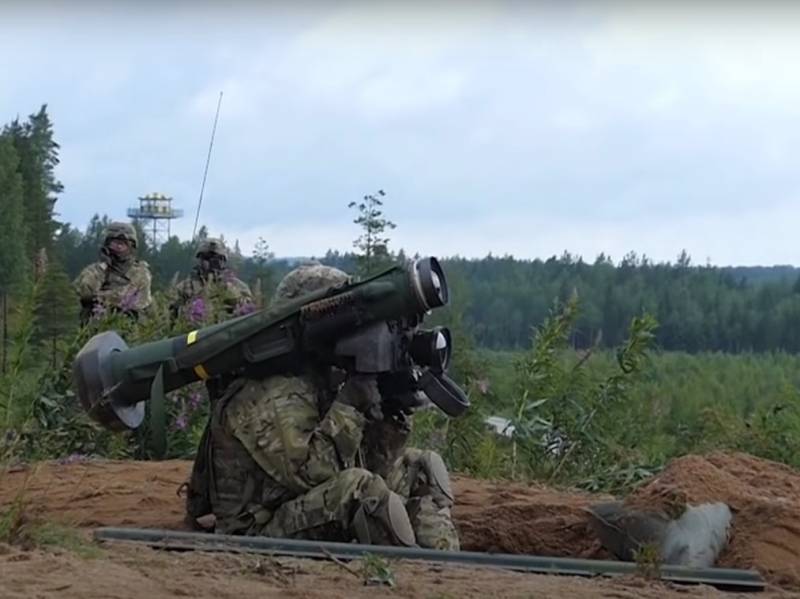 In any case, the appearance of American American ATGMs in Ukraine significantly enhances the firepower of AFU units located on the front lines. Joseph Trevitik, the author of The Drive, an American publication, emphasizes that military units can use these anti-tank systems in one of two modes: one launches a missile directly at the target, and the other performs a maneuver. Trevitik calls the latter method particularly effective in defeating the upper part tanks, which is the most vulnerable even with an active protection system.

However, the exact tasks to be solved by the Javelin ATGM in the Donbass are still unknown. But Colonel General Ruslan Khomchak claims that already at the next rotation of the Ukrainian units they will be equipped with “javelins”. At present, one of the army brigades is undergoing training before deployment in the Donbass, and one of the most important areas of training is considered training in the use of "javelins" in a combat situation.

Naturally, the Ukrainian command argues that it is necessary to use American anti-tank systems, since Russia allegedly deployed impressive armored forces in the Donbas and it is not possible to resist them without new anti-tank missile systems. Tales of Russian aggression in the Donbass serve to justify further supplies of American weapons. Such a line, in the end, is beneficial both to the Ukrainian Ministry of Defense and to the American military department.
Ctrl Enter
Noticed oshЫbku Highlight text and press. Ctrl + Enter
We are
Reports from the militia of New Russia for 27-28 September 2014 of the yearYuri Drozdov: Russia prepared the role of the sacrificial calf
65 comments
Information
Dear reader, to leave comments on the publication, you must to register.