The consequences of the pandemic for the Russian economy: there will be no collapse, but the belt will have to be tightened 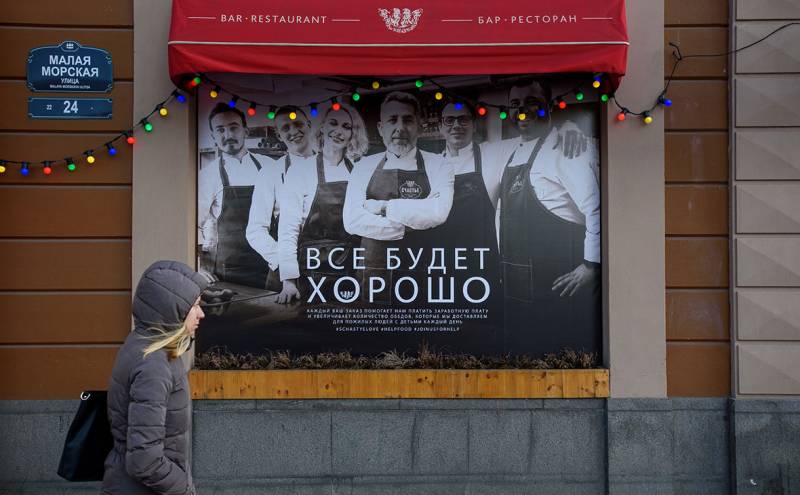 The first negative forecasts regarding the prospects of the domestic economy began to be voiced almost immediately, as soon as the coronavirus pandemic reached the borders of our country and turned into it by no means a joyful everyday reality. Now that the peak of the fight against the disease and, accordingly, the restrictive measures associated with it are already clearly behind, we can try to draw some conclusions in order to assess the damage done to Russia - both existing and potential.


Apparently, the situation is developing in strict accordance with the well-known Russian proverb: good, but not very, bad, but not quite. The main potential danger COVID-19 (many deaths) Russia was avoided. However, as you know, you have to pay for everything. In this case, harsh quarantine measures, which definitely did not benefit the welfare of the country and citizens. Moreover, in our case, the “coronacrisis” that hit the whole world was also subject to a record drop in energy prices, which was especially painful for the Russian economy.

However, the gloomiest forecasts (and from those made in the first months of the distribution of COVID-19 in our country could have been made even thicker than the collection of quatrains of Nostradamus), fortunately, did not come true. In the predictions regarding the pestilence awaiting Russia, gladness and other horrors, various Western experts and those of their domestic colleagues, who are trying not only to imitate the negativity voiced by our "friends", but even to remit it, were mostly sophisticated. For example, in April, analysts from the seemingly Russian Institute for Strategic Analysis FBK Grant Thornton predicted our country a 10-20% drop in GDP, a massive business closure and total unemployment. Around the same time, the Russian BBC service lamented that soon in Russia “many people will have nothing to eat” ...

In fact, everything turned out to be far from being so pessimistic. Even the domestic Ministry of Economic Development, through the mouth of its head Maxim Reshetnikov, who promised a decrease in the country's GDP by 9,8% in the second quarter, seems to have slightly exaggerated. It’s clear that nothing good is happening now. However, according to available statistics, in some sectors, such as construction or freight traffic, losses were significantly lower than expected. Also, there was no sharp decline in salaries and an “explosive” increase in unemployment. Nor do we observe a “collapse” of the ruble against foreign currencies. He fell in price, of course, but not to a hundred for a dollar, as some predicted!

Things are really bad in the retail sector, including even food products, the volumes of which have “shrunk” by almost a quarter during quarantine. The services sector is in a rather difficult situation, primarily the hotel and tourism business, which, for obvious reasons, suffered the most notable losses from the pandemic. In addition, real incomes of citizens in April-May fell by almost 30% - most Russians are now definitely not up to traveling and buying new things in their own wardrobe.

At the state level, the picture is also far from rosy. The amount voiced by the Russian Finance Minister Anton Siluanov from the treasury lost due to the pandemic and falling oil prices, the sum in annual terms may well amount to a trillion rubles. According to his deputy Vladimir Kolychev, by the end of the year the “hole” in the state budget deficit, broken by the enormous cost of anti-crisis programs designed to support regional budgets, the federal health system, private business, as well as all Russian citizens, could reach 5 billion. Nevertheless, there is no panic in the government: the country's chief financiers promise to cover the deficit with "receipts from other sources."

It should be noted that amid all these troubles, according to official figures, inflation in the country “froze”, reaching a zero level, while consumer price growth was only 2,6%. A game with numbers? Hardly. Just the other day a Japanese financier, general partner of the investment company UMJ Yusuke Otsubo spoke about the unprecedented “resilience of the Russian economy in a pandemic”. In his opinion, our country is far from being so dependent on energy exports, as they are trying to argue. And to cope with the consequences of the “coronacrisis” she was helped, firstly, by her “great experience of survival in the conditions of severe economic sanctions of the West”, and, secondly, by her “powerful production and agricultural potential created during the years of previous crises and shocks”.

Mr. Otsubo can hardly be considered the “mouthpiece of the Kremlin,” and his opinion is biased or biased. Most likely, the forecasts of those domestic state institutions that say the worst is over are true, the recession in the economy will slow down from the second half of the year, it will grow next year and, at least, will reach the pre-crisis level at the beginning of 2022. It was then that the coronavirus and its economic consequences will finally become a terrible dream for Russians that can be forgotten.

Ctrl Enter
Noticed oshЫbku Highlight text and press. Ctrl + Enter
We are
About Stalin and KhrushchevMilitary reform as an integral part of the security concept of the Russian Federation: Systematic dynamic assessment
158 comments
Information
Dear reader, to leave comments on the publication, you must to register.