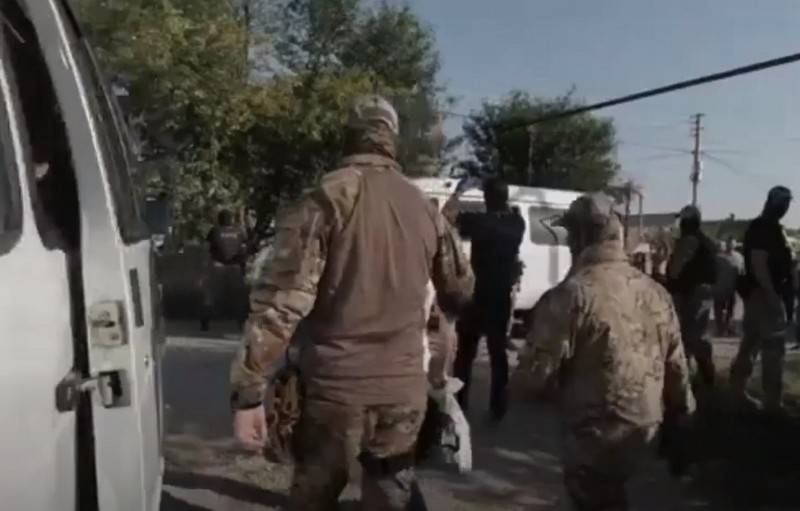 In Crimea, another cell of the terrorist organization Hizb ut-Tahrir al-Islami banned in Russia has been eliminated. According to the FSB Center for Public Relations (CSC), seven people were detained during the special operation, three of whom are cell leaders.


FSB officers, together with the Ministry of Internal Affairs and the Russian Guard, carried out an operation to detain active members of the terrorist organization Hizb ut-Tahrir al-Islami. During the events, the activities of the cell operating in the territory of Crimea were suppressed.

In cooperation with units of the Ministry of Internal Affairs and the Russian Guard in the Republic of Crimea, FSB officers stopped the activities of the cell of the international terrorist organization Hizb ut-Tahrir al-Islami, detained three leaders and four ordinary active participants
- said in a statement.


It was established that all detainees conducted active propaganda activities among the population of the peninsula, spreading the idea of ​​creating the so-called world caliphate and called for the overthrow of power by force. At the same time, in conditions of the strictest conspiracy, recruitment of young Muslims living on the peninsula into the ranks of the organization was carried out.

During searches of the places of residence of the detainees, a significant amount of propaganda materials banned in Russia, means of communication, and electronic media were seized. Concerning the detainees, criminal cases have been instituted; operational investigative actions are ongoing.

Ctrl Enter
Noticed oshЫbku Highlight text and press. Ctrl + Enter
We are
The FSB in Tatarstan has covered the "top" of the Hizb ut-Tahrir groupResults of anti-terrorist work on Dagestan in April 2014
Military Reviewin Yandex News
Military Reviewin Google News
23 comments
Information
Dear reader, to leave comments on the publication, you must to register.