The United States has found a buyer for the V-22B Osprey, which will help fight China 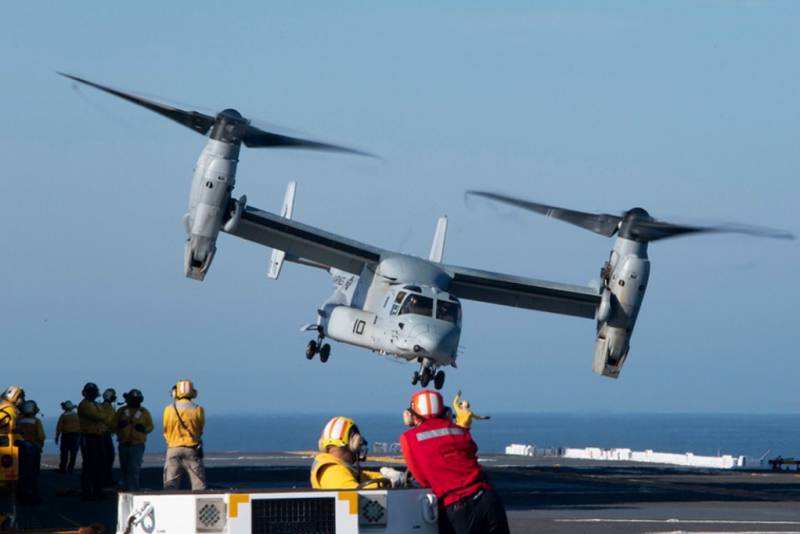 The United States is expanding the supply of convertibles Bell Boeing V-22V Osprey abroad. The other day, the US Department of State approved the sale of 8 convertibles to Indonesia. The contract value was approximately $ 2 billion.

Indonesia will become the second after Japan buyer of American convertiplanes. The decision to purchase convertiplanes for the needs of the Japanese Self-Defense Forces was made in Tokyo in 2014, and in 2015 was approved by the American leadership. Now Indonesia has taken the path of Japan - another large island nation in the Asia-Pacific region.

For Indonesia, given its geographical specificity, tiltrotors are indeed a worthwhile acquisition, so the Indonesian leadership did not spare $ 2 billion to buy the Bell Boeing V-22B Osprey. The possibility of vertical take-off and landing, the ability to withstand heavy loads are very valuable for Indonesian conditions: on the 17 thousand islands of which this state consists, this type of air transport is optimal.

In peacetime, Indonesia will use tiltrotors primarily for emergency and rescue operations in the face of natural disasters, which occur quite often in the country. 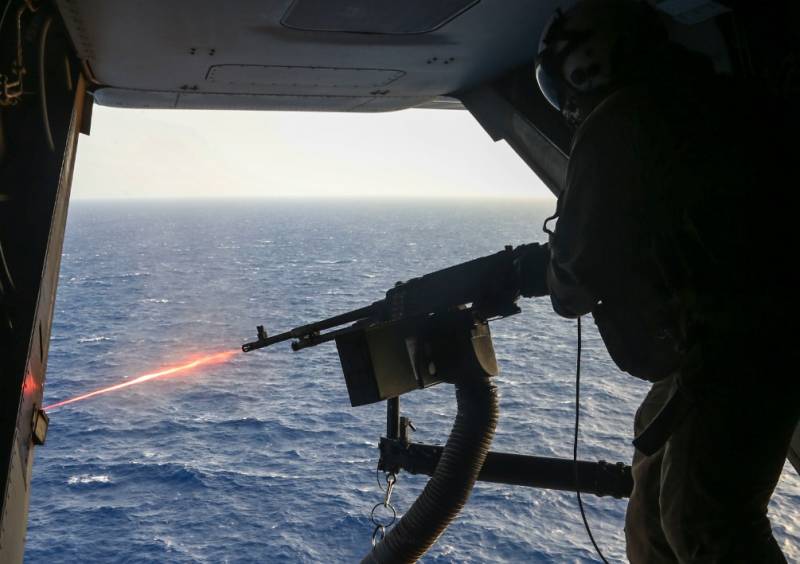 US Marine Sergeant fires a machine gun from a convertible plane MV-22B Osprey
In addition, the Indonesian leadership expects to use the V-22B Osprey to combat radical groups that have been terrorizing the country for more than a decade. As you know, in Southeast Asia, as well as in the Middle East, there is a surge in terrorist activity of local branches of Al-Qaeda (banned in the Russian Federation).

Convertiplanes are the best suited for counter-terrorism operations of the Indonesian army, as they allow for the quick transfer of commando units to their destination. Given that militants often move between small islands, where they equip their bases in the jungle, the use of conventional aviation for counter-terrorism operations in Indonesia is more of a challenge.

Since Indonesia is a long-standing US strategic partner in the Asia-Pacific region, Washington was also interested in strengthening the defense capabilities of the Indonesian state. And the point here is not only in jointly solving the tasks of combating terrorism in Southeast Asia, but also in confronting China. The US is trying to form an “anti-Chinese” belt around the Celestial Empire, a coalition that would include most of the states of the region, from Japan and the DPRK to Indonesia and even Vietnam, which has long-standing hostile relations with China.

If the situation in the South China Sea is seriously destabilized, then the United States will be able to use the military infrastructure of its partners in the Asia-Pacific region. The geographical position of Indonesia in this vein is already very favorable, and the appearance of the country's own convertiplanes, if necessary, greatly facilitates the solution of many combat missions on the islands of the South China Sea. 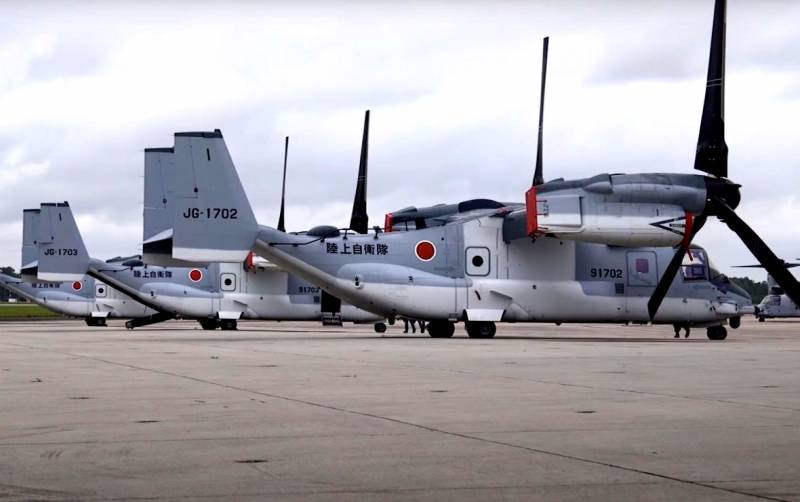 Japan Self-Defense Force Convertibles
Another undoubted benefit of the United States from the supply of convertiplanes to Indonesia is economic: Boeing will increase Osprey production by supplying convertibles not only to the US Air Force, Navy and Marine Corps, but also to foreign armies. Japan, Indonesia, and the next in line may be other US allies, including, for example, the rich oil monarchies of the Persian Gulf.

But since the V-22 remains a very expensive technique, their acquisition will not be affordable for most states. Tyler Rogowey, the author of The Drive, believes that in Arab monarchies, where the boundaries between state and business are often very blurred, tiltrotor planes can also be used for civilian purposes, as fast, safe and high-quality transport for moving kings and princes from palaces to yachts, and so on .