Boroday called the LPR and the DPR a de facto part of Russia. Is it really? 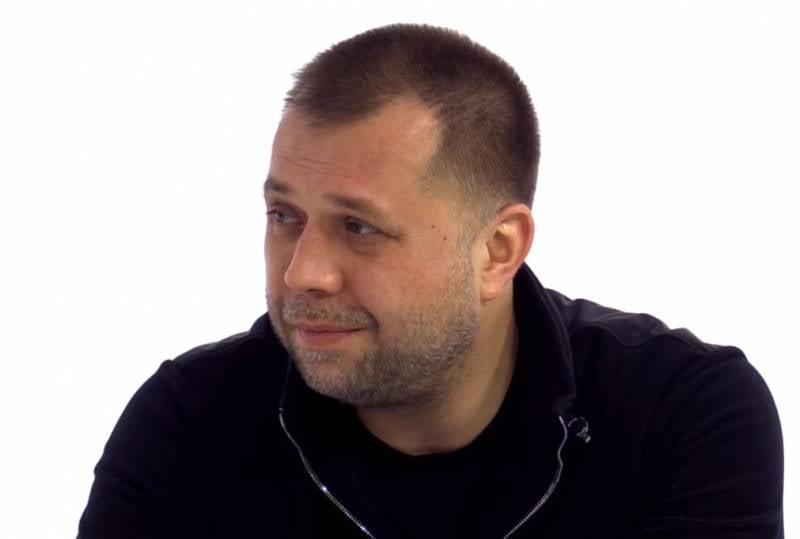 At the congress of the Rodina party, the head of the Union of Volunteers of Donbass and the former Prime Minister of the Donetsk People’s Republic Alexander Borodai spoke. During the speech, he expressed the idea that the DPR and LPR are actually already part of Russia, so it's time to formalize the relationship legally.


Of course, Boroday said he was thinking, and did it from the heart. And if that were the case, it would be just great.

But if you consider the situation without emotions, then everything becomes much more complicated.


First of all, the legal documents that determine the fate of the Donbass are non-working Minsk agreements. But so far they haven’t come up with anything better and haven’t agreed upon it, they are all oriented towards them. This document and its violations have been talked about for so long and often that few people already recall what the essence of the agreements is.

Briefly convey their meaning, we get the following. Parties to the conflict cease hostilities and deploy troops. Then, Ukraine makes the necessary changes to the legislation, coordinates them with the republics, after which the process of reintegration of Donbass into Ukraine begins. Each step was initially given a certain time.

The document was signed by representatives of Ukraine, Russia, the DPR and LPR. This formally means that everyone agrees with its provisions and is ready to fulfill them. At the same time, if someone did not notice, not a word is said in the Minsk agreements on the entry of the DPR and LPR into Russia.
And then strange things begin.

Even the first paragraph of the Minsk Plan for the six years of the conflict has not been implemented, but at the same time all signatories continue to insist on their commitment to the document. It would seem that Ukraine is the main beneficiary, because in the end it gets what it seeks. But for some reason she is also the main violator. At the same time, Kiev stubbornly calls Russia the aggressor country, and the leadership of the DPR and LPR - terrorists, with whom it is impossible to negotiate.

The republics of Donbass, on the contrary, after the phased implementation of all clauses of the contract, lose everything and return to Ukraine, but at the same time they strictly and scrupulously comply with the requirements for withdrawal of equipment, armistice, etc. It’s somehow strange.

For Russia, officially the DPR and LPR are temporarily uncontrolled territories of Ukraine that need humanitarian support due to the irresponsible actions of Kiev. But no more than that.

Here is a de jure. But what about de facto?

De facto and de jure at the moment do not have any common ground.

Ukraine demands from Russia (for some reason) the return of the Donbass, and in fact does everything possible and impossible to push it away from itself. On her part, shelling is being carried out, and not so much on military facilities and NM positions as on residential neighborhoods and civilian infrastructure. Add to this the economic blockade, the breakdown of ties between enterprises that previously operated in a single complex, the mocking procedure for obtaining pensions for residents of the DPR and LPR and much more.

In the republics, of course, also in recent years there has been a reversal towards Russia. Moreover, the process has reached such a level that a reorientation towards Ukraine would already be painful and almost impossible. The industry and trade of the DPR and LPR not only lost ties with their Ukrainian partners, but already managed to establish them with their eastern neighbor. In Russia, many mistakenly believe that freight traffic with the Donbass is limited to humanitarian aid. Some especially “advanced” ones will remember the Donbass corner. But the reality is already a little different.

For example, in Russia people are eager to purchase engineering products manufactured in the DPR. This is especially true for equipment for the mining industry, which is of the highest quality and adequate cost. Russian companies sell metal, wood, components and much more to the Donbass. If you again reorient to Ukraine, you will again have to break the newly established economic ties.

There are other areas besides the economy, which are focused on Russia. It should be understood that for six years, yesterday's children became university students, and some even managed to finish them. Moreover, the quality of higher education in Donetsk and Lugansk has always been considered high. Now graduates of these universities have begun to receive Russian-style diplomas.

Understanding that Russia is the only partner and ally of the republics, the work of many other structures is also being built according to the standards of the Russian Federation.

Since the DPR and LPR are no longer part of the Ukrainian banking system, they have created their own, however, operating only on their territory. Preparations are already underway for going beyond the borders of the republics.

Ukrainian symbols on the streets of Lugansk and Donetsk have not been seen for a long time. The only exceptions are the yellow-black flag on the Ukrainian numbers of some cars. But the Russian tricolor is no less popular here than the flags of the republics. Even on the main square of Donetsk you can see the national flag of the Russian Federation.

There is a situation when the Minsk agreements become something unnatural and do not suit anyone. But the gradual integration of Donbass into Russia is already in full swing. True, it is too early to say that the DPR and LPR are in fact Russian regions. More precisely, they would be called independent territories, building their own statehood and striving to become part of the Russian Federation.

Even the simplified issuance of passports that began since last year to citizens of the DPR and LPR does not mean that tomorrow the Donbass will become Russian. This can be seen in the examples of South Ossetia and Abkhazia, where many Russian citizens have been living for a long time, but there is no talk of joining these republics to Russia.

Ctrl Enter
Noticed oshЫbku Highlight text and press. Ctrl + Enter
We are
A great interview with Sergey Lavrov: about Ukraine, Obama and IranWhat you didn't want to know about England
Military Reviewin Yandex News
Military Reviewin Google News
58 comments
Information
Dear reader, to leave comments on the publication, you must to register.