Feast of the Disappeared Sea Power 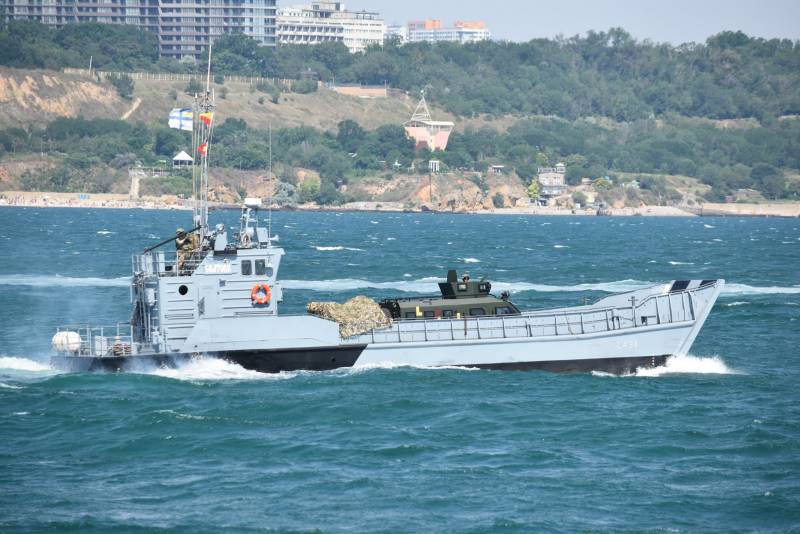 Ukraine celebrated Navy Day. It is clear that we cannot but notice this holiday. We can’t already because, according to new data from Ukrainian historians, this is one of the most “age” fleets in the world. It was the Ukrainian sailors back in 907 CE made a brilliant sea voyage to Constantinople and won in June-July of the same year near Constantinople. And they were led by the great Ukrainian Kiev prince Oleg!


For quite some time I was looking for a fact to which the holiday was “attached”. And found it. On July 5, 1918, a law on uniform for the Ukrainian was promulgated fleet. It’s a good date. True, there are other, reserve, dates “just in case”. So, on July 18, 1918, the law on the naval flag of Ukraine was adopted, and a little later a whole naval compound of Ukraine was created - a team of minesweepers! ..

It is clear that studying the finds of Ukrainian historians today is quite interesting. How interesting it is to listen to any specialist who is “turned” in some business. However, there were real facts. Already in modern stories Ukraine. July 21, 1992 patrol ship SKR-112 raised the Ukrainian flag and came under the jurisdiction of Ukraine. There were the first tactical exercises "More-96" July 30 - August 1, 1996.

The uniforms turned out to be more important simply because the remaining dates are very close to Russian Navy Day. Although the first Day of the Ukrainian Navy, which was established by decree of President Kuchma by a decree of August 17, 1996, was celebrated on August 1, it was tied to the Sea-96 exercises.

But there was a time when Ukraine was truly a sea power. Recently. Some 20-25 years ago. Remember the painful division of the USSR Black Sea Fleet? Decrees of Kravchuk (April 6, 1992) and Yeltsin (April 7) on the transfer of the fleet to the jurisdiction of Ukraine and Russia. Remember the reaction of the crews of the ships to these decrees? Almost open confrontation, which led to the abolition of both decrees.

And then five painfully long years of division of the fleet. Remember the famous scene of taking the oath by the crew of a submarine? This is almost a documentary story through which many sailors and fleet officers went then. But on July 1, 1997, the Ukrainian Navy was formed. Look at the composition of the fleet at the end of 1997:

I will specially list the total composition of the Ukrainian Navy: 43 ships, 132 ships and boats, 12 aircraft, 30 helicopters, 227 coastal fleet facilities, a large number of equipment and weapons, a huge amount of ammunition. How all this was exploited by the Ukrainian fleet, we saw in 2014.

I recall conversations in the Ministry of Defense of Ukraine at that time. To questions about equipment and ammunition that were thrown in the Crimea, they then directly said: "Unsuitable for use." At the same time, Russia was actually accused of the fact that twenty years ago the Russians specially transferred unsuitable combat vehicles and ammunition.

By the way, according to the Ministry of Defense of Ukraine, in 2014, 51 ships remained in the Crimea. Only 10 ships and vessels went under the Ukrainian flag to Odessa. The rest "surrendered." The layout of the fleet then was as follows: a third went to Ukraine, a third quit and a third went to the Russian Navy. Agree, this is an indicator of the attitude of the sailors themselves to the Ukrainian fleet.

Russia returned 35 ships to the Ukrainian sailors that could somehow sail, well, or sail - more precisely in this case. Remember, removing hats, about the submarine "Zaporozhye".

Today, the Ukrainian fleet corresponds to the status of the state. Alas, all the talk about the revival and the “great sea power” is just a pipe dream. A warship is not a picture on the wall. Bought, hung and see. A ship is a living creature that needs a lot to live. Therefore, there are no "sailors in general." Each sailor is part of his “own” ship for life.

Today, the Navy consists of two brigades of surface ships, two security and support divisions, and a search and rescue vessel division. The fleet is located at three bases, however, one is still under construction. The main base is in Odessa, the Western Naval Base. The southern base of the Navy is in Nikolaev, where Donuzlav was moved from the Crimean Gulf. The Azov base is in Berdyansk with additional bases in Mariupol and Genichesk. 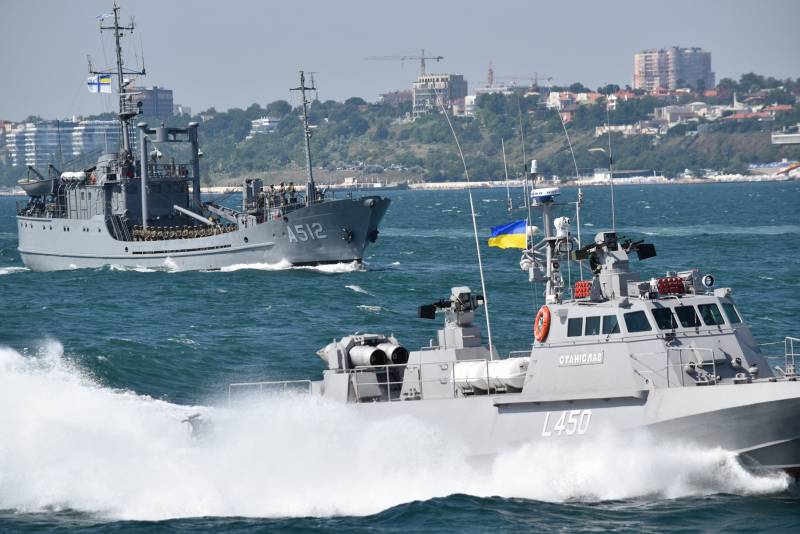 Photo from the parade on the Day of the Navy APU
The combat strength of the fleet is 18 ships. The flagship of the fleet is the frigate “Getman Sagaidachny” (age 25). There is also a landing ship “Yuri Olefirenko” manufactured in 1970, a missile boat “Priluki”, a landing boat “Svatovo” (now under repair), 10 artillery boats, two landing assault boats “Centaur” and two patrol boats of the Island class. Add to the combat structure of 40 auxiliary vessels and boats. Some, like the tugboat Yana Kapu, have machine guns.

I will not mention about a dozen border boats and about 30 auxiliary vessels of border guards. Just because they are not part of the fleet of the "great sea power."

I imagine how mockingly the congratulations on the holiday were sounded for veterans of the USSR Navy, which were voiced by the first persons of Ukraine. Here is what the speaker of the Rada Dmitry Razumkov said:

The naval forces have always played an important role in ensuring the defense capability of our country. Ukraine is a sea power, and we are proud of those who protect its citizens and borders on the water.
But President Zelensky outdid everyone:

Crews of ship and boat personnel and marine aviation, divisions of the maritime sector - we will never allow anyone to destroy the Black Sea security system. And our state goal is to systematically increase your power. We know how in past years the Naval Forces of Ukraine in many senses of this word tried to destroy and sink. I will not just not allow this. I will do everything for the Ukrainian fleet to be a model of power, modernity and become the real pride of Ukraine. So that we are a sea power not in the distant memories of the past, but in the real present and near future.
The Navy will be the strongest fleet in the Black Sea ... Even me, a land person, is sad to hear this heresy. Especially in the context of the further speech of the leader of Ukraine:

The most important are state tests of the Ukrainian rocket complex Neptune. Its adoption will make us an even stronger player in the waters of the Black and Azov Seas. Also in the immediate plans is to get the Island and Mark VI boats as part of US military assistance.
That's why Zelensky’s congratulations to military sailors look like a mockery:

Today the whole country congratulates on the professional holiday of the guardians of the sea borders of our country. Brave and indestructible people who are day and night standing in defense of the south of our country. Those who, quoting the march of the Navy, "will become a breast for the Black Sea, our wonderful and magical Crimea." These are our Ukrainian sailors. We are proud of you. We thank you. 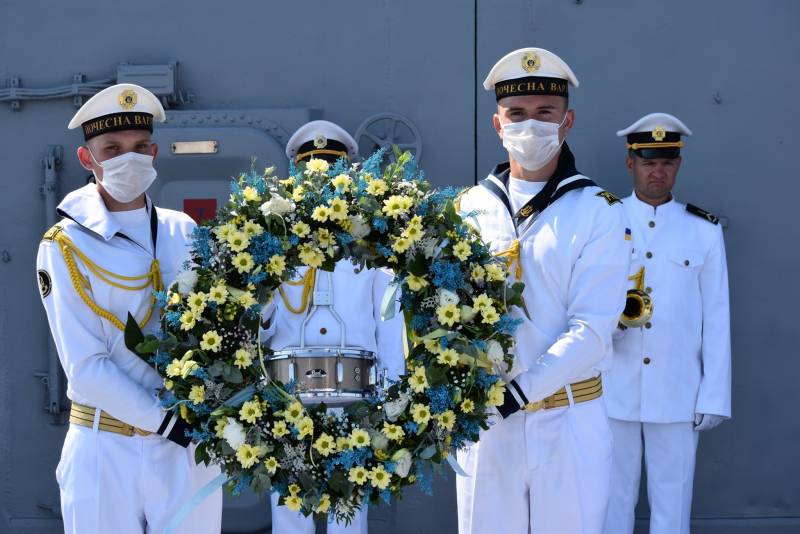 Of course, they will become breasts ... On American decommissioned "Islands" and Poroshenko-made artillery boats. Such is the festival of the vanished sea power.

Ctrl Enter
Noticed oshЫbku Highlight text and press. Ctrl + Enter
We are
Situational analysis of the death of the MH17 flight (Malaysian Boeing 777), made on the basis of engineering analysis from 15.08.2014Results of the week. “In our cooperative, the board is always agreed”
Military Reviewin Yandex News
Military Reviewin Google News
87 comments
Information
Dear reader, to leave comments on the publication, you must to register.