Modernization of German Eurofighter: a holiday with tears in his eyes? 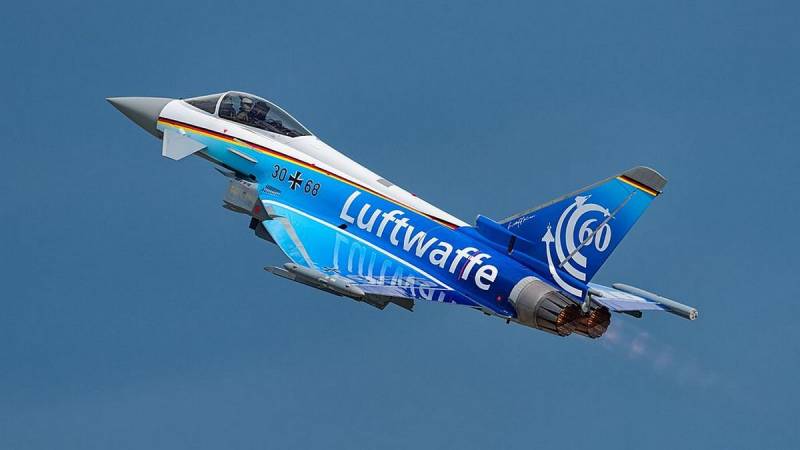 In June, Airbus received a contract for the installation of 110 radars with an active phased array antenna (AFAR) Captor-e on the Eurofighter Typhoon of the German Air Force and five radars of this type on the Spanish Typhoons. In the latter case, we are talking about the initial batch of radar. Work under the contract should be completed in 2023.

Some Western media have called Captor-E "the most advanced fighter radar." A number of sources say that he is capable of detecting a fighter target at a range of approximately 270 kilometers. In principle, this is comparable to the indicator (or even more than that) of the American F-22 radar station, which has a target detection range with an effective scattering area of ​​one square meter in the region of 240 kilometers.

And what about full-fledged stealth, for which this indicator is even better? Earlier, a senior radar specialist at the European Aeronautic Defense and Space Company (EADS) said that Captor-E is capable of detecting the F-35 at a distance of about 59 kilometers. If true, the figure is very decent. 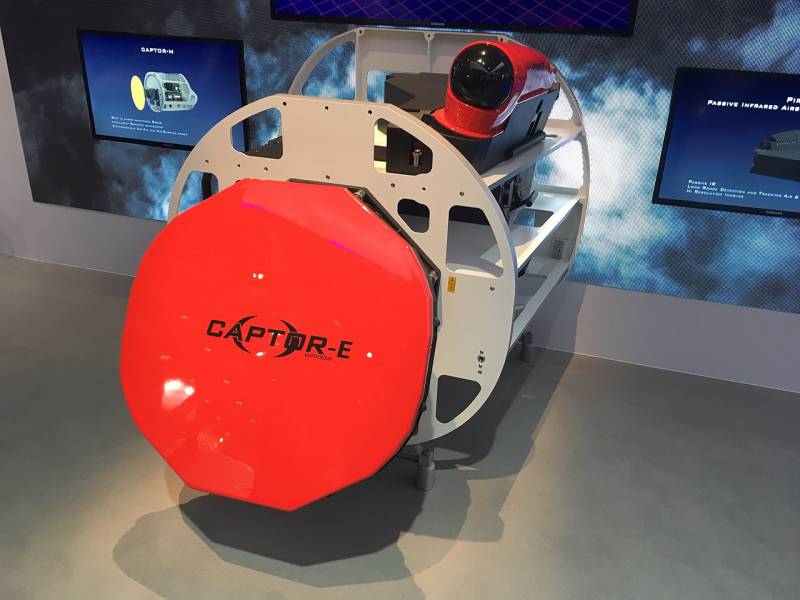 However, there is one “but”, and it does not directly relate to the characteristics of the new product. Captor-E is an incredible long-term construction. The first flight of the Eurofighter Typhoon with a new radar performed back in ... 2007. And until now, German Air Force combat vehicles have Captor-M multi-mode pulse-Doppler radars. Recall that the fighter itself was adopted in 2003: at that time, Captor-M, although it was not in the top, was considered quite modern. Time passed, technology changed. It is not surprising that in an interview with the Flug Revue for the year 2019, Luftwaffe Lieutenant General Ingo Gerharts noted that Germany was lagging behind other countries in modernizing its combat aviation. It was about radar stations. The fact that Panavia Tornado aircraft (which the Luftwaffe is also actively operating) is outdated, and so it is clear to everyone for a long time.

And what about other European countries?

For obvious reasons, we will not compare the capabilities of Eurofighter operators with the capabilities of the US Air Force or Navy. Suffice it to say that the Americans have built more than half a thousand F-35s alone, and besides it, there are radars with AFAR, in particular, on the Raptor and the F / A-18E / F Super Hornet. However, it makes sense to compare the state of the German Air Force and the air forces of other European countries. 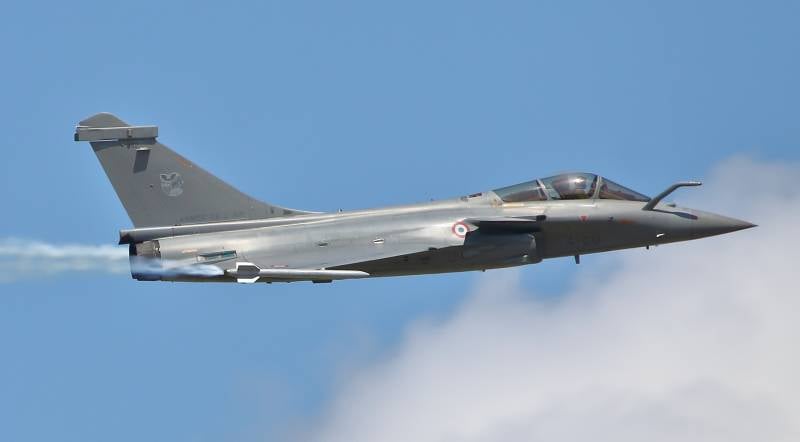 The detection range of radar targets of this type is about 200 kilometers. It is not entirely clear, however, which ones. In general, comparing radar stations is difficult. Obviously, Captor-E has large dimensions, and, according to data from open sources, it is equipped with a large number of transceiver modules: about 1000 versus 1200-1500 for Captor-E radars. Typhoon was already superior to its French "colleague" in flight performance, and in the future it will be ahead in terms of radar. However, so far the French are generally ahead of the Germans.

United Kingdom. Another European country with a very impressive fleet of winged cars. The UK operates over 150 Typhoon and relies heavily on these fighters. Recall that in 2012 the British Air Force completed the modernization of 43 Eurofighter Typhoon to Block 5. The aircraft were equipped with infrared sensors, as well as advanced systems for hitting air and ground targets. 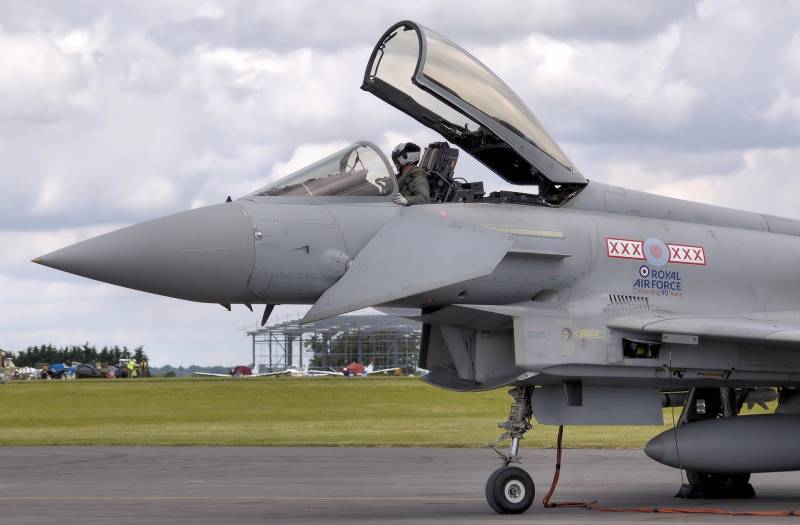 It is not completely clear how the program for equipping Captor-E radar aircraft will develop after the UK withdraws from the European Union. However, this will not affect the country's defense: at least for now. Recall that back in 2018, the first four British F-35B arrived in the territory of Foggy Albion. The purchase plans for these machines can be adjusted, but now the British expect to get 138 F-35 from their overseas partner, that is, the UK will not have to think about updating the fleet for a long time.

Russia. The situation with the German Eurofighter Typhoon resembles what is happening in the Russian Federation. Russia has long wanted to be armed with a fighter with a radar with AFAR, however, as of today, the aerospace forces probably have no such vehicles. The presence of a radar with an active phased array antenna in the MiG-35 has not been confirmed in the Russian VKS version, and the first production Su-57 crashed during tests in December last year. 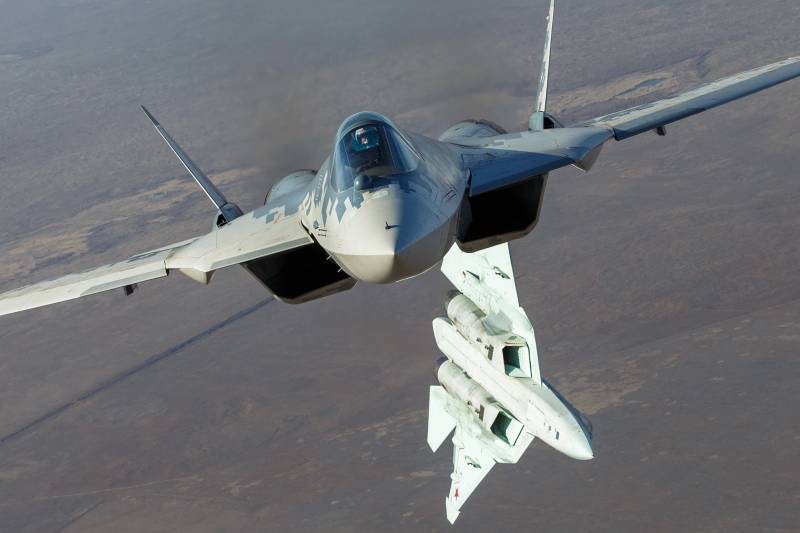 The de facto most advanced in this regard can be considered the Su-35S, which has a radar with a passive phased antenna array (PFAR) "H035 Irbis". Again, we do not undertake to make bold statements, but with a high degree of probability it is inferior in the sum of qualities of Captor-E. At the moment, it makes no sense to judge the capabilities of the Su-57 radar station: so far there are no such vehicles in service.

It's not so bad

As you can see, there is a significant gap between the German Eurofighter Typhoon (and, therefore, the entire Luftwaffe) from the fighters of the most powerful European countries in terms of avionics. France and Great Britain already have fighters equipped with radar with AFAR, while Russia operates many new Su-35S and Su-30SM equipped with radar N035 Irbis and N0011M Bars with PFAR, respectively.

Nevertheless, the German Typhoon cannot be called obsolete. The aircraft boasts excellent flight performance, reduced radar visibility (although it is not a full-fledged stealth), as well as ample opportunities for modernization. The fighter is well armed. Earlier, Germany ordered an MBDA Meteor long-range air-to-air missile, which has an active homing radar and a ramjet engine, which allows maintaining a high flight speed of the missile until the moment the enemy is defeated. 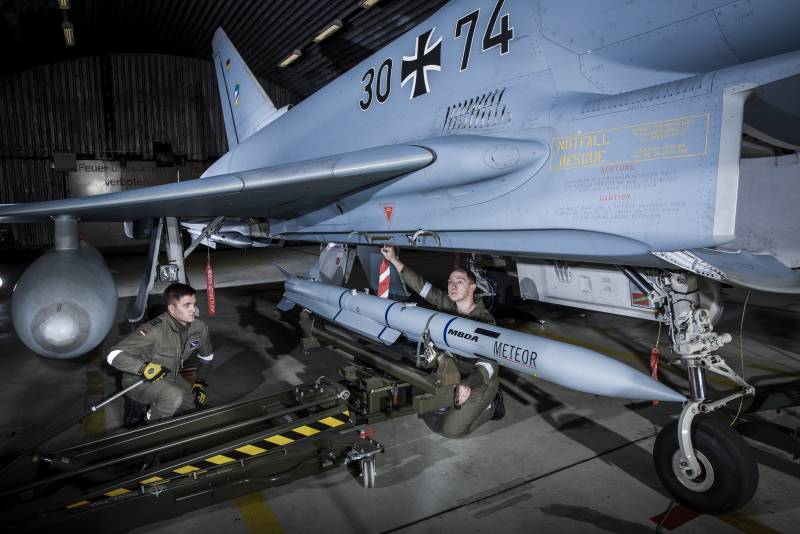 To defeat ground targets, Luftwaffe fighters will be able to use the latest Brimstone missile, also equipped with an active radar seeker, which allows to hit moving targets with great accuracy. Moreover, one Typhoon is able to take up to eighteen such products: the mass of the rocket is only 50 kilograms.

Thus, the Captor-E radar installation will complete the transformation of the German Typhoon into a fighter that meets all the requirements of the current time, except for indicators of stealth.

Ctrl Enter
Noticed a mistake Highlight text and press. Ctrl + Enter
We are
Advanced AFAR-radars for front-line and prospective MiGs: unprecedented potential for upgrading video conferencing (part of 1)An-12 in Afghanistan
74 comments
Information
Dear reader, to leave comments on the publication, you must to register.