The last pre-war meeting was held in Iran 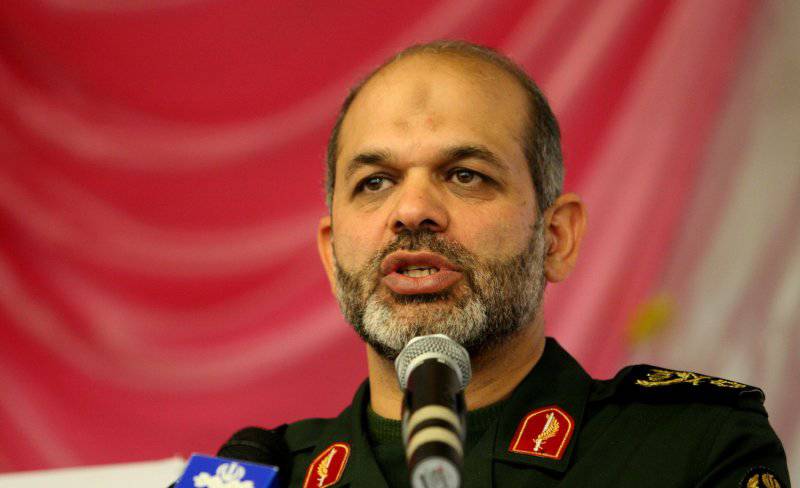 On July 27, shortly before the Friday prayer, Iran’s Supreme Leader Ayatollah Ali Khamenei summoned top Iranian commanders. This was, in his words, the "last military council."

"We will be in a state of war within a few weeks," he told the crowd. About this reports portal DEBKAfile, citing Iranian and intelligence sources.

The meeting was attended by:


The meeting was also attended by the commanders of the Air Force, the Navy fleet and ground forces of the Islamic Republic.

Each of the council members reported on the readiness of their department or sector on the emergency tasks facing them.

The so-called retribution groups carried out constant exercises throughout the past year, but despite the fact that all military leaders cheerfully reported that they would meet the enemy with all their fire and human power, Khamenei ordered that the largest stories Iran’s construction project of fortifications with the aim of preserving the country's nuclear program even from the most powerful super-weapons - multi-ton bunker bombs - available in the US arsenal.

As a result, huge rocky blocks, which were brought from afar, piled up key nuclear facilities, then they poured it all with tons of concrete and, finally, covered it with steel.

Then on Friday, July 27, the USAF introduced their new massive penetrating bombs. Each bunker bomb weighs 15 tons. Each such "deep-engined type of munitions" (MOP) is capable of penetrating to a depth of almost 20 meters, breaking through reinforced concrete piles.

As a weapon of retaliation, the Iranian military council set out special batteries to repel potential American and / or Israeli proactive strikes on the nuclear facilities of the Islamic Republic. By the way, the meeting began with the announcement of the beginning of uranium enrichment to 60 percent, that is, to a state close to the weapons grade.

The previously tested ballistic missiles "Shehab-3" urgently prepare for attacks on Israel, Saudi Arabia and US military facilities in the Middle East and the Persian Gulf.

Hezbollah in Lebanon and Hamas with Islamic Jihad in Gaza are ready to support Iran with attacks on Israel from the north and southwest.

Saudi oil shipment terminals will be blown up, and the Strait of Hormuz is mined to prevent a fifth part of world oil reserves from being exported from the Gulf countries.

Khamenei set the deadline for his military council to be ready for the upcoming armed conflict within a few weeks. According to Iran, the Middle East will explode in September or October.