Will the S-400 retain the status of an advanced missile defense instrument? Events in the sky of Syria mixed maps for military observers 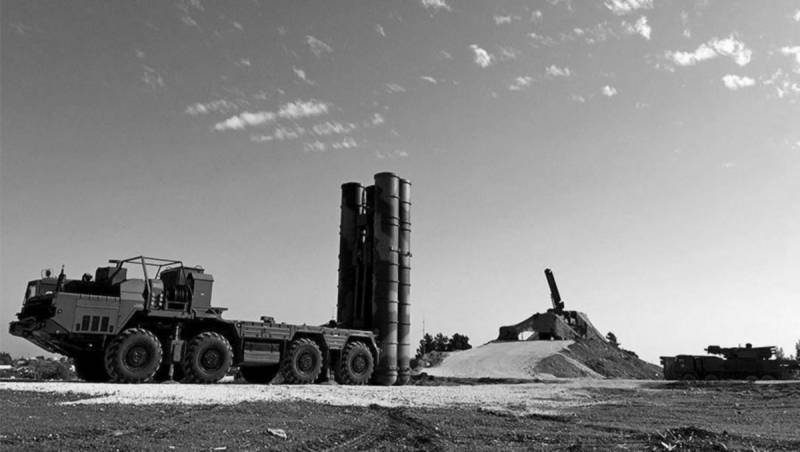 As shown by superficial monitoring news and military analytical sites of the Russian segment of the Internet over the past several months, information about the upcoming launch into large-scale production and the beginning of deliveries to combat units of the anti-aircraft missile forces of the Russian Aerospace Forces of the multi-channel medium / long-range anti-aircraft missile systems S-350 "Vityaz" there are lively discussions in the observing circles regarding the feasibility of further serial production of the S-400 Triumph long-range air defense systems, as well as the level of competitiveness of these complexes in the world arms market.


So, guided by information about the alleged "complete inaction" of the S-300PM2 anti-aircraft missile regiment of the Syrian air defense forces deployed on the northern approaches to the Syrian Masyaf, as well as the S-400 "Triumph" air defense missile defense system covering the Khmeimim air base during numerous massed missileaviation strikes by tactical aircraft of the Israeli Air Force on the strategically important military infrastructure of the Syrian army and the elite division of the IRGC Al-Quds, the authors and audience of the military-analytical portal militaryparitet.com ("Military Parity") in a brief review entitled "S-400 and S- 350. Let's go apart ”came to the erroneous opinion that the key reason for the extremely low anti-missile potential demonstrated by the 48 and 6 in the Syrian theater of operations was the presence in their ammunition only of outdated anti-aircraft guided missiles of the 2NXNUMXEXNUMX / DM family, equipped with semi-active radar seeker and unable to intercept air attack weapons, operating in the mode of following the terrain and hiding behind the "screen" of the radio horizon.

As a result, the effectiveness of the S-400 air defense systems in modern theaters of war, replete with promising low-visibility and low-altitude high-precision weapons a potential adversary was called into question, as well as the continued maintenance of the Triumph’s high export potential in the global arms market, while the promising S-350 anti-aircraft missile system was given the status of the only highly effective anti-ballistic missile system in the Russian Armed Forces.

Does this opinion correspond to the real situation?

The ignorance of military observers about the technological features of the S-400 and S-350 Vityaz air defense system element base, as well as about the flight-technical parameters of the 48N6E / DM and 9M96E2 missiles, continued a series of speculations regarding the future of the “Fourteenths” on the world arms market

First of all, it should be noted that not one of the observers-commentators of the “Military Parity” bothered to take into account the fact that on October 9, 2015 (just a month and a half before the deployment of the S-400 Triumph anti-aircraft missile regiment near Aviation Aviation Agency “Khmeimim”, triggered by a tragic incident with a pre-planned covert interception of the Russian Su-24M front-line bomber by the Russian Air Force AIM-9X, launched by a Turkish multi-role fighter F-16C) between senior representatives of the General Staff of the Russian Armed Forces and the Israel Defense Forces, was reached agreement on coordination between tactical aviation of the Russian Aerospace Forces and Hel Haavir to avoid incidents during operations in the airspace of the Syrian Arab Republic. Moreover, a few months later, the above agreement was supplemented by an unofficial unofficial clause on the exclusion of the possibility of using S-400 air defense systems of the Russian Air Force both against tactical aviation of the Israeli Air Force and against tactical missile weapons of the IDF used against the strategically important infrastructure of the Syrian army and the elite unit of the IRGC “ Al-Quds ”throughout the Syrian Arab Republic.

Similar guarantees were received by Tel Aviv from Moscow and regarding the S-300PM2 anti-aircraft missile battalions Syrian anti-aircraft missile regiments near Macyaf who entered the combat duty in the Syrian air defense missile regiment, to implement combat modes of operation of which (from tying tracks / escorting to the passage to capture on exact auto-tracking and launching of SAM 48N6E2 missiles for enemy air targets) to this day, Syrian combat crews can only after coordination with the commands of the anti-aircraft missile forces of the Russian air forces and the grouping of Russian troops in Syria. An eloquent argument in favor of the above thesis is the repeated unhindered use by Israeli F-16I Sufa multi-functional fighters of Rampage heavy aviation guided missiles and Rocks aeroballistic missiles in the SAA and Al-Quds fortified areas in the provinces of Homs and Damascus.

As is known, during these raids, despite the use of Rampage rockets and Rocks rockets, a flat and / or ballistic flight path (characterized by mid-altitude and high-altitude flight profiles included in the angular viewing sector of the 30H6E2 illumination radars of S-300PM2 systems), and also on their impressive effective reflective surface of the order of 0,1-0,15 square meters. m, the Syrian "three hundred" in these facilities were not used, which also says a lot. Indeed, for example, during the fire tests that took place at the Kapustin Yar missile range, as well as numerous exercises of the Russian Air Force, even the earlier S-300PM1 / 2 SAMs (not to mention advanced S-400s) repeatedly demonstrated their ability detection, stable tracking on the aisle and the final “capture for accurate auto tracking” with further interception of 96M6M Kaban ballistic target missiles, which have noticeably higher flight performance parameters than Rampage and Rocks (speed on the marching section trajectories of the order of 4,4 M and the height of the ballistic trajectory at the peak of about 50 km).

Conclusion: in light of the agreement reached between the General Staffs of the Russian Federation and the IDF on coordination of actions in the SAR airspace, the “silence” of the Syrian S-300PM2 and the S-400 VKS of Russia deployed near the Khmeimim Aviation Base cannot be considered as an objective criterion for evaluating the effectiveness of these systems in battle environment.

Secondly, taking into account the presence of 54K6E2 / 55K6 combat control centers (S-300PM2 / 400 complexes) and 30 / 92N6E illumination radars of the element base necessary for software and hardware integration of 9M96E / E2 / DM anti-aircraft missiles in the open radio-electronic architecture, it is quite expected that the ammunition of the “three hundred” and “four hundred” combat ammunition will be updated with these missile interceptors. This conclusion is also indirectly confirmed by a well-known photo taken by the photo correspondent of the Krasnaya Zvezda news publication during a visit by officers of the Serbian air defense forces to the exhibition exposition of the Ashuluk training ground as part of the Slavic Shield 2019 air defense / missile defense exercises. The photo depicted a prototype of the improved 5P85S launcher, equipped with both a standard transport and launch container with a heavy 48N6E / E2 SAM, and a quad pack, presented by compact TPKs with 9M9E / E2 anti-aircraft missiles equipped with active Slate radar radar and the method intercept over-the-air targets for target designation from third-party radar reconnaissance equipment.

Thirdly, it is still very early to discuss the feasibility of completely replacing the S-400 with the Vityaz S-350, since the 9M96E2 interceptor missiles included in the Vityaz ammunition despite the presence of "gas dynamic belts" of transverse control engines for intercepting highly maneuverable ballistic objects in oncoming courses, they have a maximum flight speed of the order of 4,5 M, which does not allow them to intercept high-speed supersonic and hypersonic targets on catch-up courses (after), while 6,6-7-fly missiles 48N6E2 / DM of S-300PM2 / complexes 400 can brag of this opportunity.

In these air-defense air defense systems, the Vityaz S-350 systems will compensate for the low potential of the “four hundred” in operations to intercept ultra-maneuverable ballistic targets, as well as work on enemy aerospace objects in a more difficult jamming environment by equipping 50N6A multi-function radars on based on active headlamps (92H6E backlight radars of the S-400 complexes are represented by less noise-protected passive headlamps, the transmitting and receiving modules of which do not have individual microwave transistors and attenuators for leveling the "interference rays" from enemy electronic warfare systems). At the same time, the Triumphs compensate for the Vityaz’s inability to destroy the outgoing high-speed anti-radar, anti-ship and aeroballistic missiles in the rear hemisphere.

Ctrl Enter
Noticed oshЫbku Highlight text and press. Ctrl + Enter
We are
Advanced C-350 will introduce NATO to a bitter reality. What is a wrapper for Turkey is a masterpiece for RussiaSituational analysis of the death of the MH17 flight (Malaysian Boeing 777), made on the basis of engineering analysis from 15.08.2014
Military Reviewin Yandex News
Military Reviewin Google News
99 comments
Information
Dear reader, to leave comments on the publication, you must to register.