“To maintain regional stability”: the United States sent two AUGs to the South China Sea at once 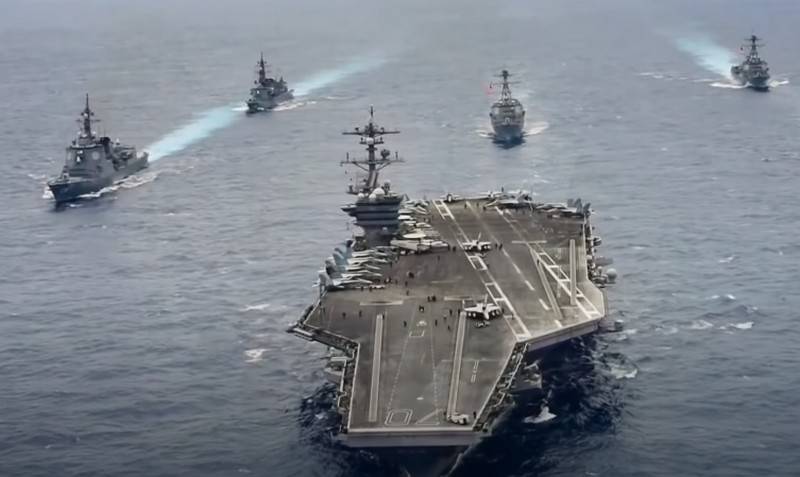 The Pentagon sent two aircraft carrier groups to the South China Sea, led by aircraft carriers Ronald Reagan and Nimitz. According to The Wall Street Journal, US Navy Commander Rear Admiral George Wyckoff of the statement about the need for regional stability and security in the region, and also expressed “disapproval” of China’s military build-up.

The goal is to send an unequivocal signal to our partners and allies that we are committed to maintaining regional security and stability.
- leads the publication of the word rear admiral.

In addition, the US Department of Defense issued an official statement that also expressed “concern” with the PLA Navy’s ongoing exercises in the disputed Xisha (Paracel Islands) islands in the South China Sea. Beijing previously announced maneuvers in the area from July 1 to 5. American aircraft carriers sent to the South China Sea had previously conducted joint maneuvers in the Philippine Sea.

Recall that the islands of Xisha (Paracel) claim China and Vietnam.
Ctrl Enter
Noticed oshЫbku Highlight text and press. Ctrl + Enter
We are
China has expressed another protest of the United States because of the disputed islands.China "cordially" met the destroyer of the USA, which entered the disputed waters
Military Reviewin Yandex News
Military Reviewin Google News
60 comments
Information
Dear reader, to leave comments on the publication, you must sign in.