“Give everything back ...” Lack of continuity as a curse of Russian authorities 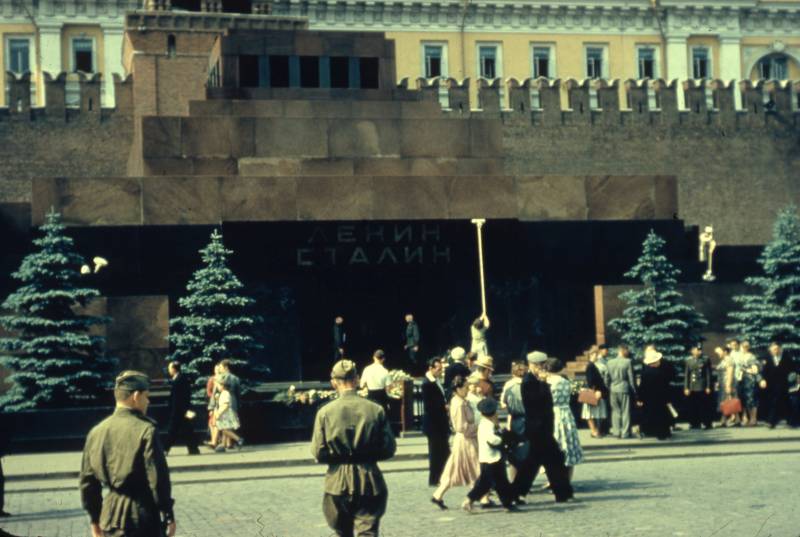 Many of the rulers of our country, the arbiters of its destinies, who have occupied or occupy the highest government posts, have often heard (heard) accusations of a categorical unwillingness to leave their posts, to retire. In this case, as a rule, some commonplace reasons are called, such as pathological love of power, desire to always enjoy one’s own status, etc. Is everything so simple in this matter? Do not try to look into the essence of things?


For a strong man with certain convictions, aspirations, his own vision of the path of the state entrusted to him (whether by fate, dynastic law, people), power and the inextricably linked enormous, unimaginable responsibility for many over time inevitably turn from a feasible burden into a burden. So, the power was tired, drained to the limit, and a person is happy to ready to shift it onto someone else's shoulders. However, the problem arises: in order to not be in the role of the one who betrayed his own business at the end of his life devoted to the country’s arrangement, he must be transferred to someone!

But the question is: to whom? For a better understanding, each of us should perhaps imagine ourselves in the role of the owner of a beautiful and solid house, surrounded by a luxurious well-kept garden. You built this house from the foundation: brick by brick, by log. And, perhaps, they raised it from the ruins left after the previous grief-owners. You cultivated the garden, sparing no effort and time. Sometimes they protected what you created from greedy and roguish neighbors, only eager to pull everything apart, or even ruin it. And now the house is built, the garden blooms and bears fruit, and you are already far from those years to carry everything and be responsible for everything. It's time to enjoy a long time and is full of well-deserved peace, relaxing in a blessed shade and tasting the fruits of their labors.

But who will continue the work? It would be nice to build another wing to the house, the garden needs care and protection. Heirs seem to be there, but ... One is frivolous, the other is executive, but requires constant monitoring and is not capable of deciding anything on his own. The third seems to be good, but clearly wants to rebuild everything here in that stupid manner, which was instituted by the neighbors opposite. The fourth can completely break and ruin everything, carried away by “changes” and “improvements”. Perestroika is drawn to it in the end ... As a result, you understand with horror that there is no one to transfer the economy to! In your opinion ... "To draw up an act of inheritance", even to designate someone to whom you could transfer everything, as you yourself think, means to doom everything that you put your energy into, your soul, to which you have dedicated your whole life, to the inevitable devastation. And you, groaning, go further to do things until you have enough strength, bitterly lamenting that you have not bothered with such a seemingly simple question earlier.

Alas, it was in this way that the fate of our Fatherland evolved, more than once, from time immemorial. John the Terrible dies without leaving a worthy heir, and the country breaks down in a series of changes of rulers, which ultimately ends in the Time of Troubles that nearly destroyed her. The words put in the title are the only things that Peter the Great manages to leave on the slate. The one who could continue his work simply does not exist, and in the Russian Empire there comes a series of palace coups, “Indian reigns”, the rule of favorites and temporary workers right up to the reign of Catherine the Great. But her heirs again do not become her successors. Again intrigues, coups, trampling the country in place instead of moving forward.

Unfortunately, the lack of continuity in power does not only mean the danger of an internal conflict that threatens to escalate into a civil war and the collapse of the state. The “connection of times” cut off with the death of the next ruler is always about unrealized projects, disintegrating alliances, lost perspectives and chances that are not repeated later. This is the inevitable shyness of the state from side to side in foreign and domestic policy. At least stagnation, and maximum - regression, and even death.

It would seem that with the coming to power of the Bolsheviks, this issue should have disappeared from the agenda forever. No dynastically predetermined inheritance, continuous democratic centralism and most importantly - a single idea that unites all party members and primarily its leaders, each of which (theoretically) should think in the same vein as his associates. That is precisely what Lenin believed. Contrary to all the fabrications, he left the country not to Trotsky or Stalin, but to the party created by him. The personality was secondary, and in the first place was the idea, which the party was supposed to implement. Nevertheless, life resolutely refuted Ilyich’s firm belief in the insignificance or secondary role of the individual in stories. The USSR of Trotsky and the USSR of Stalin - these were potentially completely two different countries. Both were Lenin's successors, but it turned out as it happened.

And Stalin himself simply had to “hold the wheel” until death removed him from “post No. 1” in the USSR. There was no one to hand over the Soviet state, which he created, twice raised from the wreckage, defended in unprecedented battles. Talk about the possible successors of the Generalissimo has been and will continue to be endless. Zhdanov? Kirov? By the 50s they simply were not in the world. Lavrentiy Beria was truly the best of the leader’s associates, but, as the events of 1953 showed, he could not rise to the height of a successor.

Khrushchev, who came to power in a very short period of time, reviewed all the policies that were implemented by the former leader. The infinitely begging "to rule the country a little more" Brezhnev, despite the fact that his health openly did not allow this. As a result - agony, the embodiment of which became the "Kremlin elders", who were prisoners and slaves of an absolutely excessive power for them. The result is logical - the destroyer came to power and dismantled the country under the guise of "perestroika". Not helped to defend her and those who swore allegiance to her. The country was stupefied, deceived. Although here you can’t remember the classic with his "... I'm glad to be deceived myself."

The main question remains open: why are really sensible, strong, energetic rulers who are true patriots of their homeland, as a rule, unable to cultivate a worthy change for themselves? This question is extremely complex and multifaceted. Perhaps many scientists (historians, psychologists, sociologists) should be worth breaking their heads over him. Perhaps the problem is that in the shadow of the great they simply cannot grow equal to them. Or, on the contrary, in the fact that the leaders themselves, measuring everything by themselves, make excessively high demands on potential successors, while implicitly not wanting to get their own copy next to them, only in a younger and more active version.

A simple and unambiguous answer is hardly possible here, but it is necessary to find it. The absence of true continuity of power for centuries is a real curse for our country and the government itself.

Ctrl Enter
Noticed oshЫbku Highlight text and press. Ctrl + Enter
We are
About Stalin and KhrushchevWhat you didn't want to know about England
Military Reviewin Yandex News
Military Reviewin Google News
295 comments
Information
Dear reader, to leave comments on the publication, you must to register.