Is the successor of the USSR ready to collect everything that is due to her: reflections on the amendment 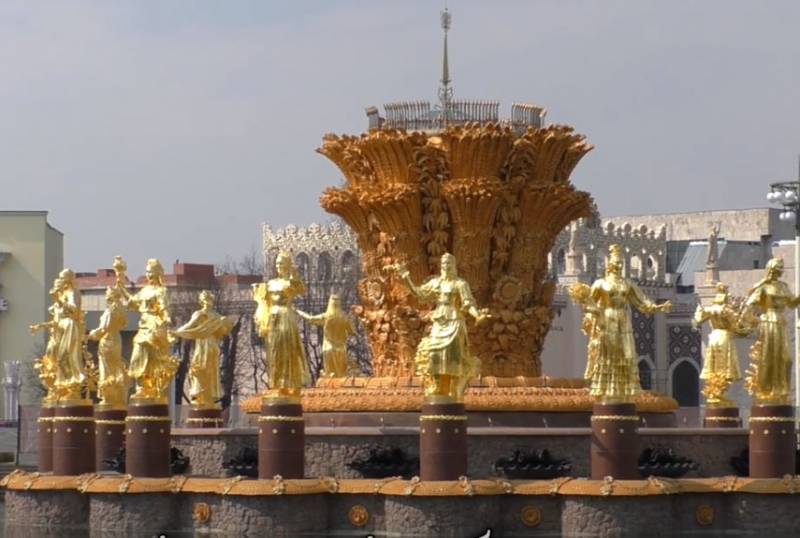 One of the most important amendments to the Constitution of the Russian Federation is the question of the succession of Russia in relation to the Soviet Union. This moment, in addition to symbolic meaning, has a practical and, one might even say, material expression. Today the situation looks paradoxical: having paid huge debts of the USSR, Russia did not take possession of many of what is rightfully its own.


Among other things, this topic was raised at the beginning of this year during a meeting with the working group on the preparation of amendments to the Basic Law, Vladimir Putin. According to him, our country has received far from all of what is legally due to it. Which ones? This question is worth dwelling in more detail.

After Russia was recognized at the international level by the state as the successor of the recently departed USSR, it got, in an accounting language, both assets and liabilities of a country that no longer exists. In the second case, it was a colossal public debt that the Soviet Union had at the time of its collapse.

In fact, the recognition of Moscow’s rights to the Soviet legacy was due to the extreme concern that Western countries expressed regarding the return of their own money. There was something to worry about: the USSR state debt estimated at 1984 billion dollars in 5 exceeded one hundred billion in the same currency by 1991, thanks to Gorbachev and his minions! Mikhail Sergeevich’s partners successfully achieved their main goal, the collapse of the superpower that prevented them from living, but they didn’t intend to forgive the old bonded loans and the foolishly recognized old Secretary General of the last commitments. Generously subsidized by Perestroika, the Paris Club wanted to get theirs back.

In this sense, the largest and richest Western states that were part of it were, of course, more profitable and more promising to deal with one debtor (who had something to take) than with many small ones scattered across the national “apartments”, which, as it turned out at meticulous calculation, accounted for about 40% of the credit load of the USSR, if we divide it “honestly”. Such figures arose during a special meeting held in Moscow before the collapse of the USSR, with the participation of both creditors from the Paris Club and representatives of the Soviet republics. True, not all: the Baltic states and Uzbekistan already then took the position of "there is no money, I know nothing."

The question was resolved to the great delight of Western gentlemen: Russia agreed to take on all Soviet debt in exchange for the complete refusal of the former fraternal republics to claim the USSR’s assets — loans granted to them and property registered on it abroad. Generally speaking, such a "broad gesture" from an economic point of view does not seem too correct. When calculating the "shares" of the republics in the assets and liabilities of the Soviet Union, it was not necessary to operate on the basis of the population, territories, etc.

Perhaps, it would be worthwhile to make an obligatory inventory of all their national economic complexes and establish how many industrial enterprises, roads, power plants, other infrastructure and the same residential buildings were erected there by the methods of "all-Union construction" and from the federal budget. And then soberly assess the contribution of the beneficent republics to this very budget ... There is a strong suspicion that after this some people would not have to stutter that they owed something to them during the partition.

However, nothing of the kind was done, of course, was not. They divided it either "in a brotherly way" or "in fairness", but Russia had to pay. What is she quite well and did right up to 2017. With the assets that seemed to be in her possession, the matter turned out to be much sadder. As it turned out in the end, a pile of loans (for as much as $ 150 billion in total), the Soviet leaders managed to distribute to the states from which to get something was a matter, to put it mildly, problematic. And the epic “manifestations of goodwill” began in the form of writing off debts to Cuba, Vietnam, Iraq, Ethiopia and other African states.

Even more ugly история happened to the property of the USSR abroad. Here, it would seem, everything is simpler than simple: the buildings of embassies, trade missions and other real estate did not go away by the time when Moscow, after distributing all the debts, received full right to take possession of them. However, there it was! Some of our former neighbors in the USSR were suddenly struck by severe "amnesia" with obvious selfish implication. This is primarily about the "brothers" in the person of Kiev and Tbilisi. With Georgians, however, the issue was resolved in 2002.

But he doesn’t dare to deal with the “unfathomable” way! The parliament there, in the best of times for Ukrainian-Russian relations, in 1997 and 2009, flatly refused to ratify the “zero option” agreement regarding the liabilities and assets of the USSR. Even Viktor Yanukovych, the same one who subsequently had to flee to Russia, in 2010 proudly declared that he categorically did not recognize the “Moscow claim” on this issue.

Moscow made its first attempts to “enter into inheritance rights” in 2006 after it repaid loans at least before the “Big Seven”. However, until the issue with Kiev is settled, in many countries they don’t want to hear about any of our complaints. About five years ago, it was possible to agree with Bulgaria, Hungary, a couple of Scandinavian countries and tiny Iceland. In the vast majority of other states, as far as we know, things are still there.

It would be at least naive to hope that the current leadership of the “non-fallow” leadership, successively refining itself in what other suits for millions and billions of dollars Moscow could bring to Moscow in all kinds of international courts, would be at least naive. So either the amendment to the Constitution of Russia regarding succession will remain a loud, but empty declaration, or Moscow will still have to find extremely convincing arguments for admonishing those who, at its expense, try to live by the principle: I forgive everyone I owe.

Ctrl Enter
Noticed oshЫbku Highlight text and press. Ctrl + Enter
We are
About Stalin and KhrushchevWhat you didn't want to know about England
Military Reviewin Yandex News
Military Reviewin Google News
144 comments
Information
Dear reader, to leave comments on the publication, you must to register.