From the “showcase of the USSR” to the “museum of Soviet occupation”: a short memory of Georgia 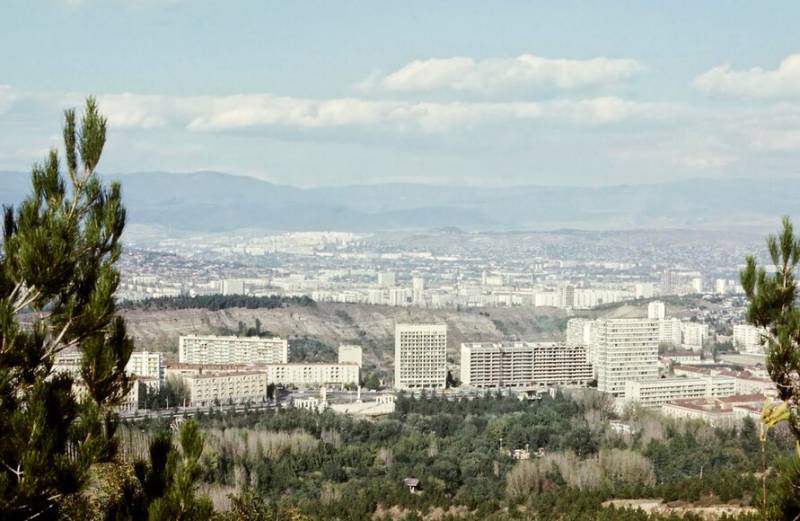 Georgia has long struggled with the Soviet legacy, turning into overt anti-Russian rhetoric. The country has long been replaced by the term "Great Patriotic War" with the international "World War II". At the same time, paradoxical inconsistencies still remained in some places: on the remaining monuments, inscriptions in Russian still remind of the Great Patriotic War, and in English already “WWII 1939-1945”.

Since 2006, Georgia is the only country in the South Caucasus where there is a "museum of Soviet occupation." This is a propaganda exhibition designed to distort history own country and denigrate the Soviet period. The Soviet Occupation Museum is just a hall of the national museum in Tbilisi, but the very fact of the existence of such a “cultural” object is repeatedly replicated on nearby signs.

One of the outcomes of such a policy was the formation of anti-Russian sentiment in the public. Five years ago, the NDI American National Democratic Institute conducted a survey in Georgia on Russia's influence on the country. 76%, that is, the overwhelming majority, answered that the influence is negative, 12% is positive, the rest were not determined. Subsequent NDI polls only confirmed these ratios, while supplementing the image of Russia as a source of threat to Georgia (67% of respondents say so). “Continuation of the occupation of Georgian territories” - this is how the signing of treaties by the unrecognized republics of South Ossetia and Abkhazia is interpreted by Russia. 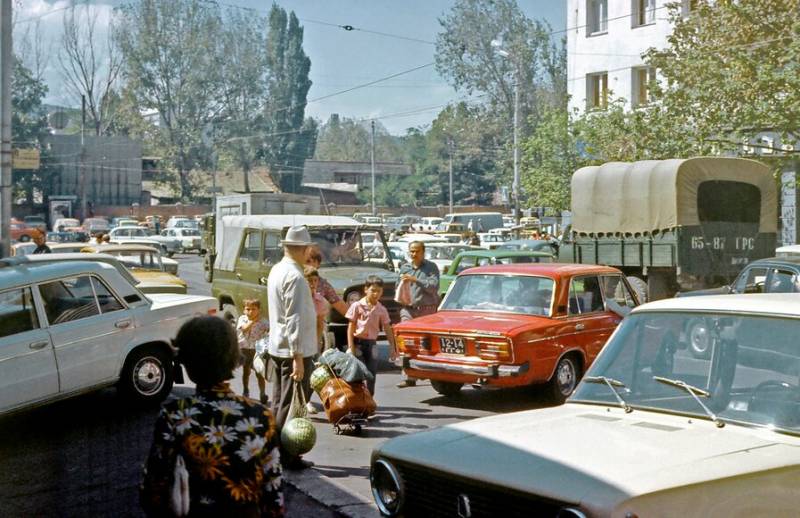 One of the episodes of life under the "occupation". Source: visualhistory.livejournal.com
Such close attention of the Georgian leadership and the public to the past, carried out under the Soviet "occupation", leaves the real situation in the background. Since the Stalin era, the Georgian SSR has been in a privileged position. This was largely explained by the special attitude of the “father of peoples” to his small homeland.

In Georgia, leadership has always been appointed from local elites who are well aware of the specifics of the region. This was not practiced in all republics. Georgian winemaking was actively promoted by the top of the Kremlin in foreign markets, and the Black Sea coast was built up with luxurious holiday homes and party nomenclature villas.

With Stalin's death, unrest passed in Georgia: people were alarmed by the debunking of the personality cult and the loss of possible preferences from the center. At the same time, a movement for the country's independence was formed among the youth, which resulted in a bloody clash on March 9, 1956. During the Tbilisi unrest, 22 people were killed. Nevertheless, the rising rebellion was still able to be suppressed, but the fear of centrifugal and nationalist Georgian sentiments in Moscow remained until the collapse of the union state. Since then, the famous appeared: "The poorest Georgian is richer than any Russian." Resources poured into Georgia by the river. 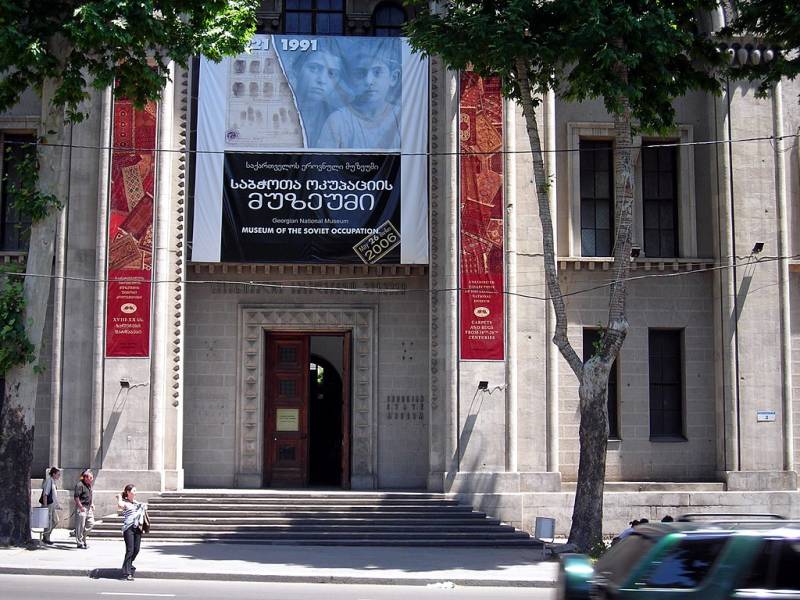 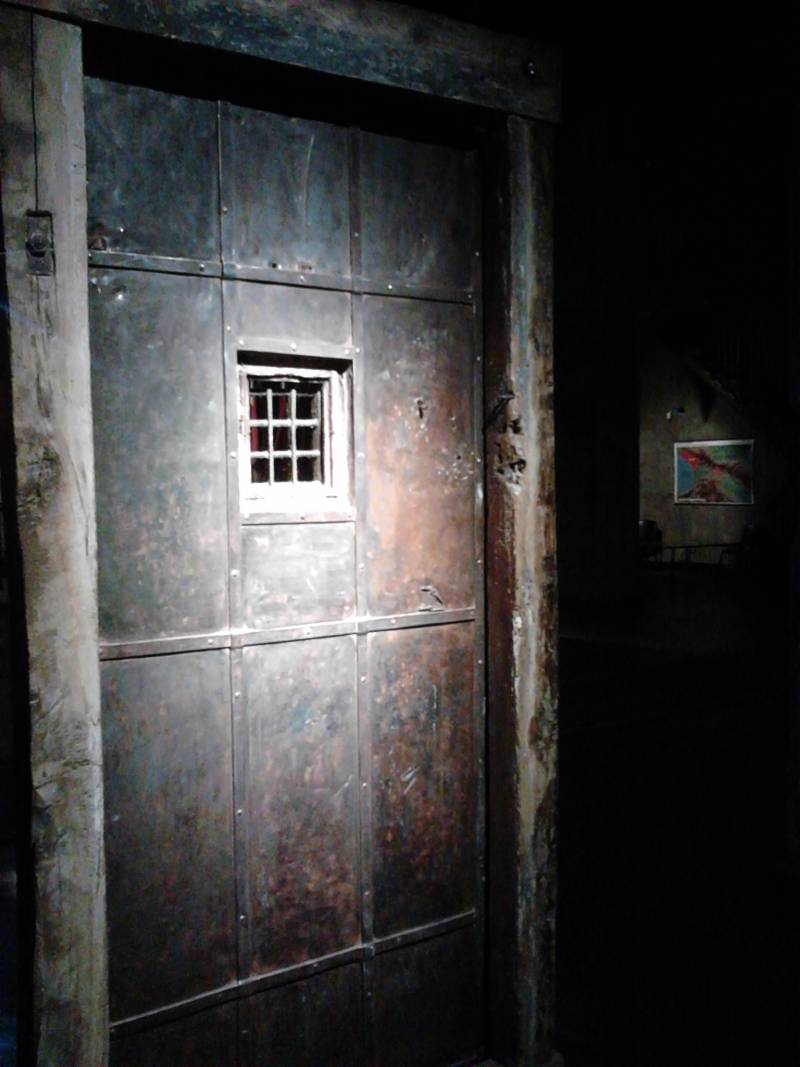 Soviet Occupation Museum. Source: ru.wikipedia.org
Along with Armenia and the Baltic, Georgia was a member of the elite club "windows of socialism." This meant, first of all, the maximum possible liberalization of the administrative apparatus in the conditions of the USSR. Even the leadership of the KGB and the Ministry of Internal Affairs was appointed from the local. Georgia was the richest republic, while its viability completely depended on the resources of the RSFSR. Since Stalin's times, the level of total cost per capita consumption of goods and services was four to five times higher than production. Four to five times! This could not afford any republic. In the RSFSR, for example, consumption did not reach the level of production by 30%. Naturally, such a situation in the Georgian SSR suited everyone, especially the party nomenclature, which constantly knocked out new allocations from Moscow. In short, the main argument was: "Without money, it will be difficult for us to keep the nationalists with their demands for autonomy."

The country has unique land tenure conditions: 7-8% of agricultural land was in private hands, and not on collective farm property. And this small share provided up to 70% of the republic’s total crop, which was successfully sold with large profits in Moscow and Leningrad. Director of the Tbilisi Institute of Management Strategy Petro Mamradze states:

This long-term activity was so profitable that merchants, their families and relatives could buy Moskvich and Zhiguli, or even Volga, every year.
What about now? Mamradze continues:

A startling figure: 80% of the food consumed by the Georgian population comes from abroad. We became a banana republic, only without our own bananas, we also have to import bananas. From year to year, we now have a catastrophically negative export-import balance - 6 billion and more dollars each year.
The approximate estimates of the free financial injections into the Georgian SSR for the entire period of the "occupation" are approaching half a trillion dollars. Without these resources, modern Georgia could hardly provide the population with even such a not-so-high standard of living. Will the country (purely hypothetically) be able to at least partially pay for such a hated Soviet legacy? The question is rhetorical.

The State Planning Committee of the USSR from the 60s to the end of the 80s recorded very interesting statistics in Georgia. Salaries, pensions, scholarships and various benefits were on average 20% higher than in the RSFSR, and prices were 15-20% lower. All this allowed the average Georgian family to live in a big way. For example, such a number of cars, as on the streets of Soviet Georgia, could be seen, perhaps, only in Moscow. Archival photographs show real traffic jams, inconceivable somewhere in Tashkent, Sverdlovsk or Sochi. At the same time, most of the indigenous population did not take up work in the manufacturing sector - Russians prevailed there (up to 60%). But in the service sector, on the contrary, 50% was for Georgians and one quarter for Russians. Moreover, in 1959, the share of Russians in the republic was above 10%, and in 1989 amounted to only 6,3%.

Georgia not only “pumped up” money and goods from the center, but also actively developed its infrastructure. The best roads in the Union were built in the republic (which were very expensive due to the landscape), comfortable housing, first-class sanatoriums and hospitals were built. And, finally, by the mid-70s, all of Georgia was gasified (in modern Russia, it seems, five to ten more years to go before that).

It is necessary to separately mention the fate of Abkhazia and South Ossetia in the section of the subsidized pie. On average, these provinces in Soviet times got together no more than 5-7%. Compare with 15% for Adjara. Therefore, it is impossible to talk about any special attention of the Georgian leadership to these annexed territories.

A little more about the special situation of the republic. In the years of the USSR, Georgian enterprises could keep up to half of the revenue in rubles and one third in currency. For comparison: in the RSFSR, the state was given 75% and 95%, respectively. Such is the dependent arithmetic. 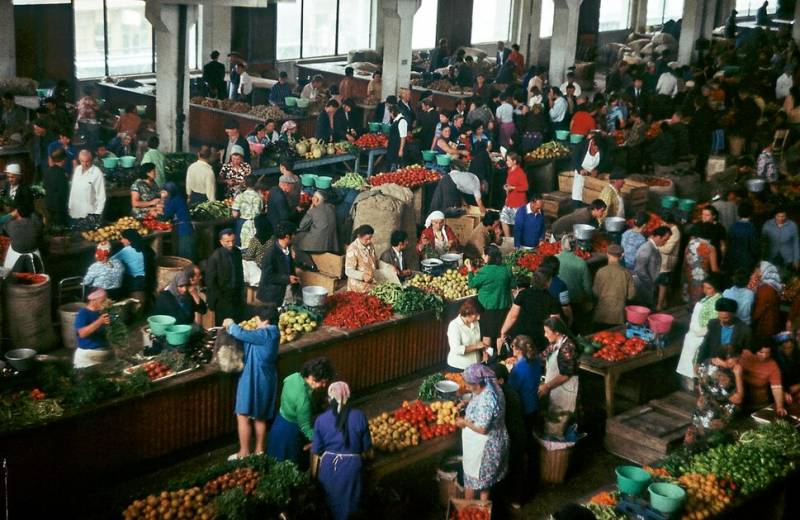 Source: visualhistory.livejournal.com
But the patronage of Moscow was not so easy: in the 70s, corruption flourished in Georgia. Initially, it consisted of bribing Moscow officials for regular financial influences in a particular industry. Over time, this became a powerful basis for the development of the shadow sector of the Georgian economy or, simply, the formation of a criminal underground. Up to a third of all “thieves in law” in the entire Soviet Union were Georgians, despite the fact that only 2% of the population of the USSR belonged to the Georgian nation. The influence of criminals from Georgia throughout the country is difficult to overestimate. Eric Smith, an expert at the Woodrow Wilson International Center, writes in this regard:

In many ways, this state of affairs was due to the Moscow fears described at the beginning of the article. They were afraid of anti-Soviet uprisings, nationalist movements and the demands of autonomy. Instead of strict control and accountability, Georgia gained more freedom and money than it could carry. The leadership of the republic was only able to receive, spend and bribe. At the same time, not shying away from fomenting openly anti-Soviet sentiments in himself, using them to blackmail Moscow. And when the Soviet Union was declining, the republic was one of the first to declare independence from the "invaders." To become a pseudo-sovereign republic again in the future.