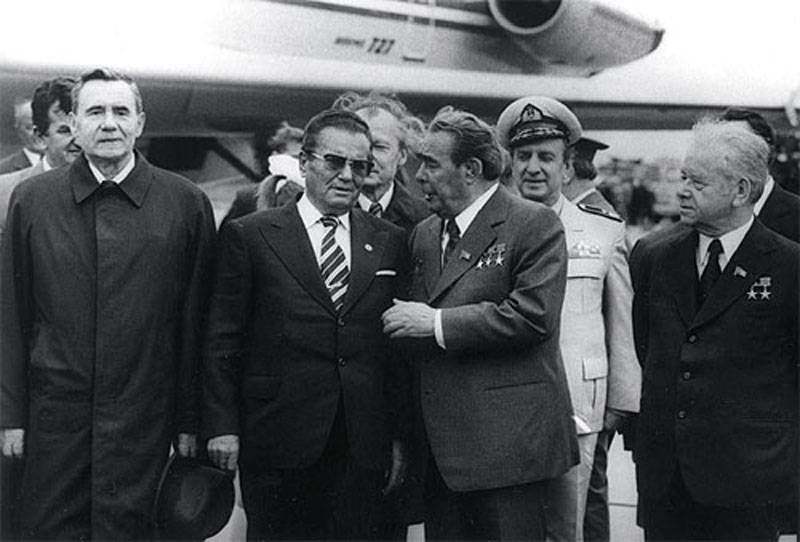 It all started in 1968, when British and Italian companies proposed that Yugoslavia lay an oil pipeline from the Greek Thessaloniki to Belgrade. Through the Macedonian capital Skopje and the Serbian Nis and further to the capital of Yugoslavia, almost along the project route of the well-known channel that could connect the Danube to the Aegean Sea.

The work of the route was envisaged in both directions with the possibility of a reverse, but basically the task was to ensure the supply of Iraqi, Saudi and Kuwaiti oil to Yugoslavia. The starting points for deliveries to Thessaloniki were to be the Syrian ports of Tartus and Baniyas, as well as the Lebanese Sayda and Tripoli. Oil pipelines from Iraq were connected to the terminals at these ports long before that. 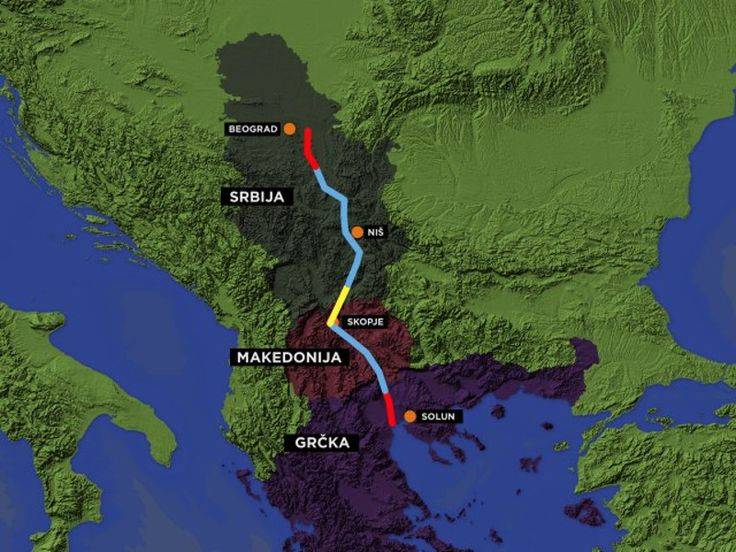 It is hardly worth recalling that eastern Europe in Moscow at that time was considered a kind of patrimony for Soviet oil, and it is clear that the USSR was unprofitable for the emergence of competitive raw materials in the region. Moreover, it was planned to send the oil pipe from Belgrade to Austria and even to Hungary.

However, by the end of the 1970s, this idea was actually “blocked” by the Soviet-Italian project, embodied in the trans-Croatian Friendship-Adria pipeline. Nevertheless, Belgrade failed to dissuade the Yugoslav leader I. B. Tito from the attractive idea of ​​the artery of Thessaloniki: by the spring of 1972 it came into effect.

In fact, this was a peculiar response of Belgrade to the refusal of the USSR to lay the notorious Druzhba pipeline through Yugoslavia to Austria and Italy. As you know, in the end, these arteries were laid through Czechoslovakia and Hungary. Which, however, did not hinder, for example, subsequently, already in 2002, to reconstruct the section of the pipeline Thessaloniki-Skopje. 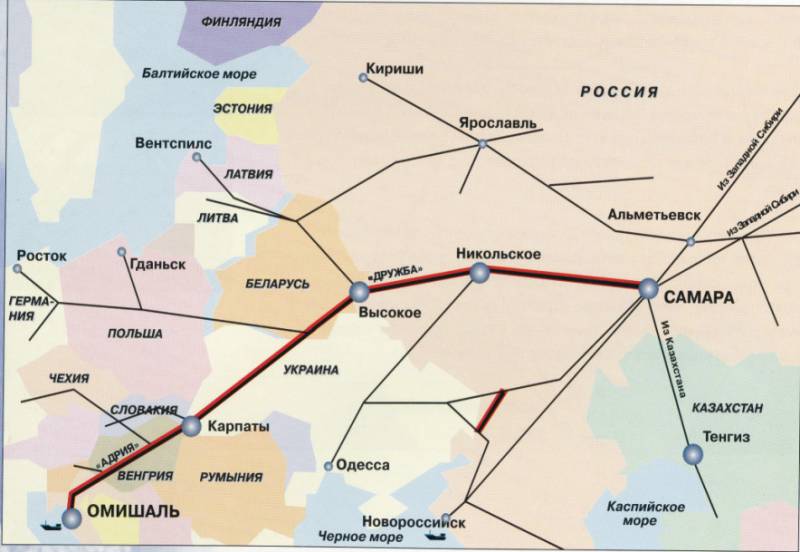 Recall that in 1960 Belgrade did not support the Soviet project of the Trans-Balkan oil pipeline: the port of Varna - Sofia (Bulgaria) - Gyueshevo - Skopje (Macedonia) - the port of Vlore (Albania) for the transit of Soviet oil to the Adriatic and the Mediterranean, bypassing the Bosphorus - Dardanelles.

Marshal Tito never refused alternative supplies of hydrocarbons, for example, from Libya itself, from neighboring Romania, from Nigeria, Venezuela and the Middle East. The Yugoslav leader clearly did not want complete dependence only on Soviet exports of “black gold”, and therefore refused this project, but immediately gave the green light to the Thessaloniki-Belgrade oil route.

However, Moscow responded very quickly and no less weightily: by connecting the Hungarian sector of the Druzhba pipeline with the Yugoslav ports in the early 70s. The leadership of the SFRY, despite regular demonstrations of "complete independence," did not dare to oppose the Soviet-Italian Friendship-Adria oil pipeline project.

The Yugoslav side offered the ports of Slovenia as the final transit points: Koper, Croatia - Omisal and Zadar, or Montenegro: Bar and Ulcinj. At the same time, Belgrade proposed to lay pipes to Zadar or to the Montenegrin ports through Serbia or Serbia and Bosnia. Moscow preferred a politically promising and geographically shortened route: to the Croatian port of Omisal on the Adriatic.

In addition, Moscow advanced the construction of an artery through Croatia: the Hungarian-Croatian border - the Sisak-Omisalj refinery. It is characteristic that the project was immediately supported by Italians. There was also the Soviet-Italian version of the extension of the Hungarian part of the “Friendship” to the Italian port of Trieste through Croatia and Slovenia.

In this regard, it should be recalled that after the Second World War, Yugoslavia unequivocally laid claim to the entire region of Trieste, calling it Slovenian "Pokraina". However, Moscow did not think to support such claims, not wanting the excessive presence of Yugoslavia on the Adriatic.

As a result, 65% of the territory of the disputed region, together with Trieste, officially and finally became Italian from 1955, although in the period from 1945 to 1954 there existed the “Free City - Trieste District”. It is clear why Marshal Tito was categorically against the option of a pipeline to Trieste, considering this a new humiliation of Yugoslavia. 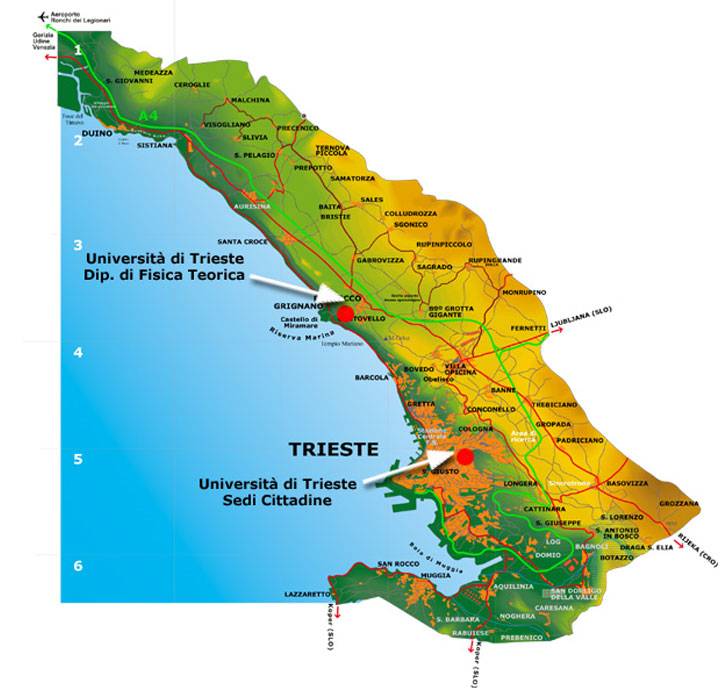 Moscow and Rome did not overly pedal this option, and by 1976 the pipeline to the Croatian port of Omisalj had already been built and entered into operation. As a result, Croatia became the most important transit and recipient of hydrocarbons from the USSR, although only in the early 90s, Soviet oil began to be pumped to Serbia and Bosnia and Herzegovina via branches from Croatia.

Thus, there was no trace of a single, common Yugoslav oil supply. Political factors, as they say, divorced the provision of a single country with oil and oil products in its individual regions. At the same time, Croatia accounted for the largest volume of deliveries, while it also “possessed” all the rights and preferences associated with the transit of Soviet crude oil through the territory of the SFRY.

At the same time, the Croatian authorities achieved in the early 80s that up to 80% of Soviet deductions for oil transit remained with Croatia, which, of course, strengthened its economic significance in the SFRY (the previous level was 40%).

Albanians ripened to the root ...

All these factors mentioned, of course, strengthened not only the economic, but also the political role of Croatia within Yugoslavia, strengthening the centrifugal policy of Zagreb. If in a broader context, it is worth recalling the opinion of the then Albanian Prime Minister Mehmet Shehu about the oil and gas policy of the USSR in relation to Eastern Europe:

“The USSR does not intend to provide all the countries of Eastern Europe with its oil and gas; some of them will not become transit countries for these deliveries to the capitalist countries of Europe. The USSR, solving these issues, is guided by the attitude of the authorities of these countries to Soviet politics, and economic factors are in the background. Therefore, many Soviet institutes were instructed to justify, contrary to objective geographical and economic factors, the disadvantage of oil and gas transit from the USSR to Central and Western Europe through the Baltic states, Romania, the SFRY, and even more so through Albania. The goal is also to minimize the export of oil and gas to other countries of Eastern Europe from Albania, which is not subordinate to Soviet revisionists, and from Romania. ”
The geographical map of the Soviet-European gas pipelines confirms these estimates. It is also characteristic that, contrary to the very difficult political relations between Albania and Yugoslavia (Yugoslavia.net. Marshal Tito's controversial legacy) Albanian oil and oil products were supplied to Serbia, which included Kosovo, and to Montenegro. 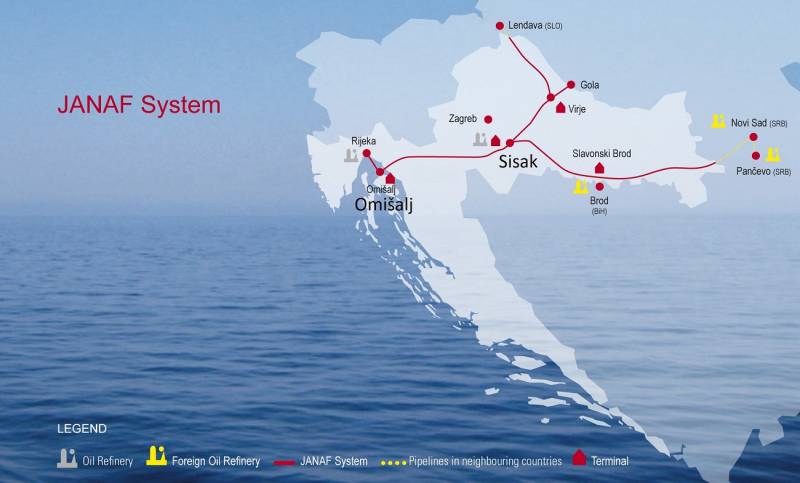 In 1985-1987 Tirana and Belgrade even agreed on a project of the Stalin oil product pipeline (the center of the Albanian oil industry of the 40s - 90s) - Tserrik - Tirana - Shkoder with branches to Titograd (Montenegro, now Podgorica) and Kosovo Pristina - Belgrade. But the famous events of 1990-1991. in the SFRY and Albania were not allowed to create this highway.

It is typical that Romanian supplies to the SFRY went more than 80% to Serbia (including Vojvodina autonomous from it). On the whole, this was no more than 25% of the total oil consumption of Serbia and Montenegro, but the fact of even these deliveries shows that Moscow was so unable to force Yugoslavia to abandon alternative oil deliveries.

Ctrl Enter
Noticed oshЫbku Highlight text and press. Ctrl + Enter
We are
Situational analysis of the death of the MH17 flight (Malaysian Boeing 777), made on the basis of engineering analysis from 15.08.2014Syria: Americans scare themselves, and Asma Asad buys chairs
Military Reviewin Yandex News
Military Reviewin Google News
7 comments
Information
Dear reader, to leave comments on the publication, you must to register.