“The End of Russian Democracy”: How Western Media Evaluated Voting Results in the Russian Federation 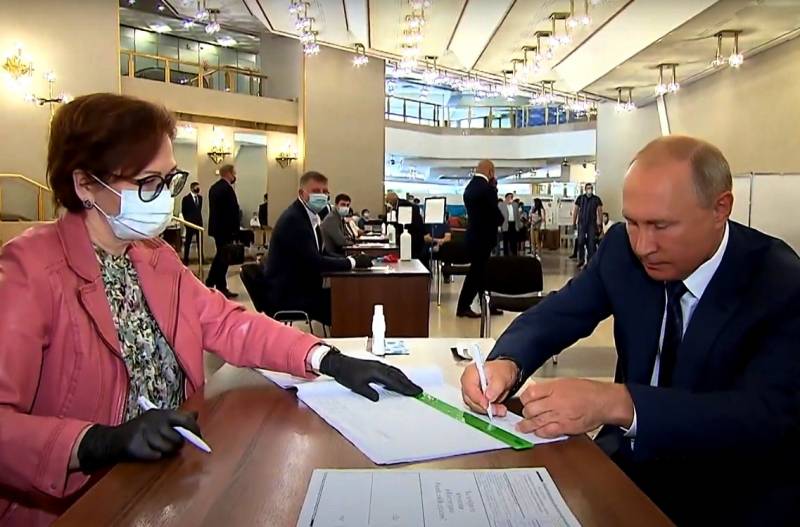 In Russia, a nationwide vote on amendments to the Constitution of the Russian Federation ended. The leading world media have already hastened to express their attitude to the results of the referendum.


Many Western mass media reacted negatively to voting in Russia. The general message of most publications in the Western press is understandable: they write that Putin prepared all the conditions for "eternal rule", while not forgetting to refer to the coronavirus pandemic. As we recall, they wrote about coronavirus on the eve of the June 24 parade. Now this is a favorite way of reproaching the Russian authorities with the fact that their activities allegedly endanger the health of citizens. Such a concern and about their internal problems ... But mass riots and thousands of demonstrations - this is not a parade with a vote ...

Even on the eve of the referendum, the Los Angeles Times published an article in which, recalling the victims of the coronavirus, it accuses Putin of manipulating public opinion and the mood of the electorate. At the same time, the author of the article, Leon Aron, who, incidentally, is listed as a specialist in Russia, concludes:

Putin’s mistake lies in his desire to achieve life-long rule and gain approval from citizens. But it can lead to great trouble for both Russia and the whole world.
Andrew Higgins of The New York Times writes that the results of the revisions were predictable, as the Kremlin used all its capabilities: "from show clowns in the precincts to give out lottery tickets." But the main author of the turnout, according to the American author, was the mobilization of state employees, who were obliged to vote almost by force.

The constitutional "referendum" in Russia gave the expected result - President Putin may remain in office until 2036. But a carefully thought-out performance was important for the legitimacy of the Russian president,
Higgins emphasizes. 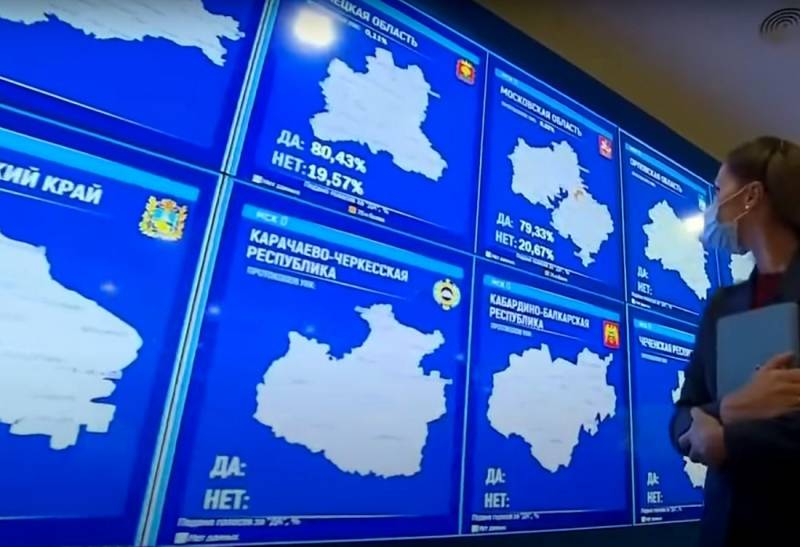 CNN described the referendum as "a trick of Vladimir Putin," but noted that most Russians supported constitutional amendments, although "there are still little doubts about the results of the vote."

The Australian publication Pursuit draws attention to the possible consequences of the adoption of the amendments. The author of the publication refers to them a further increase in "Russia's aggressiveness in foreign policy." At the same time, the publication did not forget to criticize the situation in Russian politics.

The centralized and personalized constitutional system of Russia, with its special focus on Vladimir Putin, ultimately weakened internal institutions and contributed to the growth of corruption,
- writes the author of the article, Associate Professor William Partlett of the University of Melbourne.

David Black Andersen, author of the Danish edition of DR, publishes in his article the opinions of opposition Russians who see the amendments as "the end of Russian democracy."

Turkish agency Anadolu published on June 30, the day before the vote in Russia, an article by Professor Ilyas Kemaloglu from the Istanbul Art University named after Mimar Sinan. The Turkish historian considered that the amendment on the status of the Russian language infringes on the rights of numerous indigenous peoples of Russia. It is especially funny to hear such reproaches from representatives of Turkey, a country in which there is officially only the Turkish nation and the Turkish language, the rights of 18 million Kurds are ignored, not to mention the Greeks, Armenians or Assyrians. Unlike Russia, Turkey does not have and did not have national autonomies, and any attempts to talk about their creation are harshly suppressed.

Thus, the foreign press rather negatively assessed both the vote itself and its results. However, nothing else was expected from the West with its hypocritical policy of double standards. When the referendum was held in 1993, in the interests of the regime of Boris Yeltsin, he did not meet any negative reactions in the USA or Europe. Then the adoption of the new Constitution was seen as the next step in breaking with the Soviet past, which the West hated the West, and even the demonstrative execution of the Supreme Council of Russia from tanks.

Ctrl Enter
Noticed oshЫbku Highlight text and press. Ctrl + Enter
We are
A great interview with Sergey Lavrov: about Ukraine, Obama and IranWhat you didn't want to know about England
Military Reviewin Yandex News
Military Reviewin Google News
519 comments
Information
Dear reader, to leave comments on the publication, you must sign in.