US paratroopers carried out a massive landing on Guam 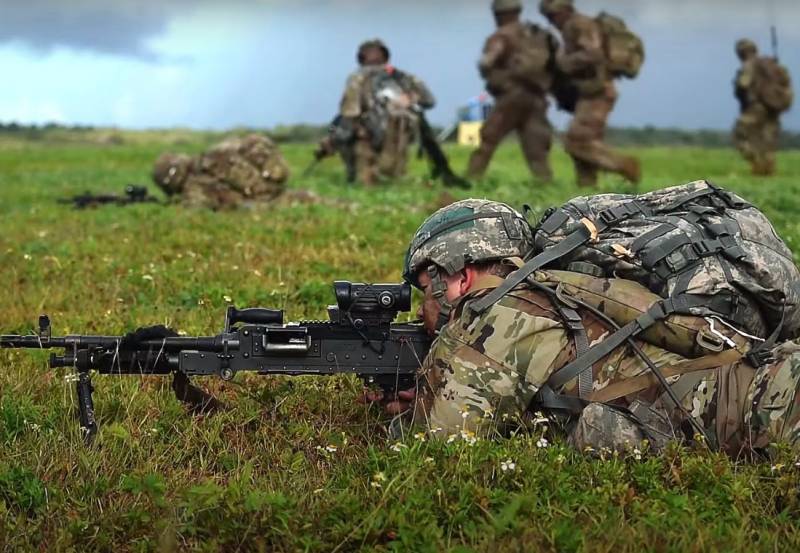 Growing tensions in the Asia-Pacific region are forcing the United States to show strength to its adversary, China. To this end, the American troops landed on the island of Guam.


As you know, it is on Guam that the most important American bases in this part of the Pacific Ocean are located. The largest of the Mariana Islands, Guam has the status of an unincorporated organized territory of the United States. A real military landing of American troops on Guam took place back in 1944 as part of the Guam operation: then the American marines had to liberate the island captured by the Japanese in 1941. 76 years later, a large-scale landing was repeated in the form of military exercises.

For participation in the training landing operation, units of the 25th division of the US Armed Forces deployed in Alaska were involved. The paratroopers were to land on the island with the C-17 Globemaster III aircraft. Planes with paratroopers on board flew from the base of Elmendorf-Richardson, in Alaska, near Anchorage. It is here that the 4th brigade group of the 25th division is based, which participated in the exercises.

By the way, the 25th Infantry Division of the US Army has the unofficial name of "Tropical Lightning." Her combat path is inextricably linked with the Pacific Ocean: they formed a division in Hawaii in October 1941, she had to participate in battles for the first time during the operation over the Guadalcanal in the Solomon Islands in January 1943, and then the division fought in the Philippines and carried out occupation service in Japan. participated in US military operations on the Korean Peninsula, in Vietnam and in Cambodia. Separate divisions fought in Iraq and Afghanistan. The division currently includes the 1st mechanized brigade "Arctic Wolves", the 2nd light infantry brigade "Warriors", the 3rd light infantry brigade "Broncos" and the 4th airborne brigade "Spartan", as well as the army brigade aviation and the 25th Logistics Support Brigade. 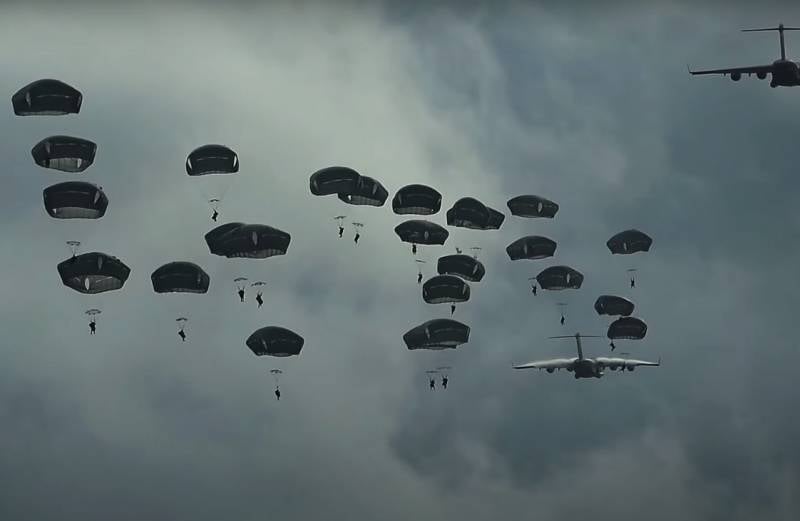 Airborne landing
For the training operation in Guam, the division involved five S-17 aircraft. Early in the morning of June 30, 2020, the paratroopers landed from the aircraft and began to practice the actions to free the airfield at Andersen Air Force Base. The commandant of the paratroopers, Colonel Christopher Landers from the 4th Airborne Brigade, described the following exercises:

This scenario tested our ability to carry out real missions and demonstrated that we can deploy in the Pacific at any time.

Military exercises as a demonstration of power to China

Military analyst Joseph Trevitik of The Drive stresses the importance of such exercises to counter China’s military build-up in the Asia-Pacific region. As you know, China creates artificial islands in the South China Sea, using them as military bases. These actions cause great caution in other states of the region and the United States.

The American leadership is also worried about China’s unchanging stance on Taiwan. Therefore, it was so important for Washington to show its potential adversary that, if necessary, it could easily transfer not only ships or planes, but also airborne troops to the Pacific Ocean, thousands of kilometers from their bases in North America. 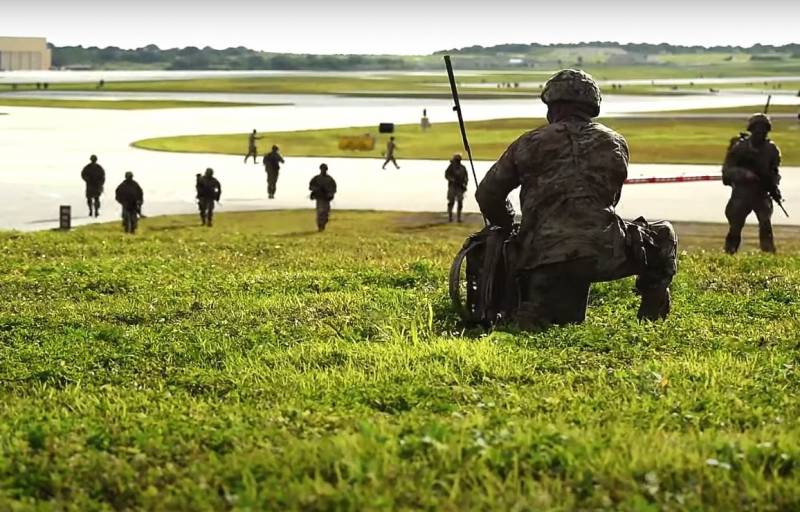 American paratroopers work out actions to capture the object
Expeditionary war is one of the components of the Pentagon’s strategy in the Asia-Pacific region. The US military should have the skills to take lightning-fast capture of strategically important objects, including small airfields, military bases and enemy fortifications, as well as build their own fortified structures as soon as possible in order to be fixed on captured bridgeheads.

Given that the deployment of airborne units does not even require the involvement of US Navy ships, such operations look even more attractive to the US military. Therefore, Joseph Trevitik concludes that such exercises in the Pacific will be conducted more and more in the foreseeable future.

This is what the landing of the American paratroopers looks like: