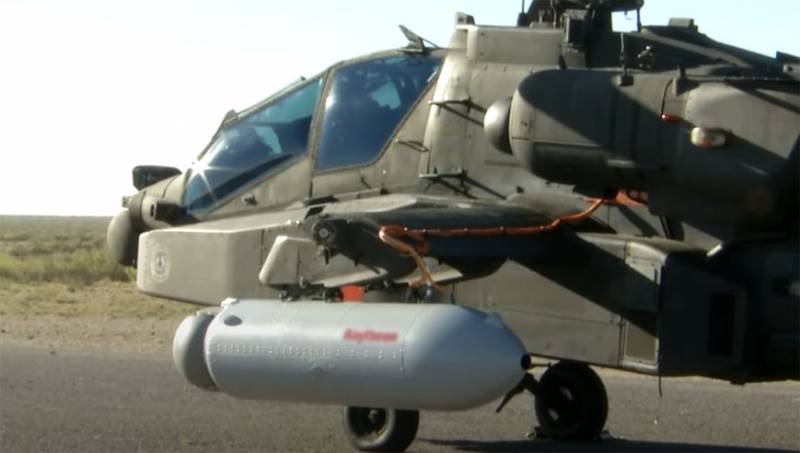 The US Air Force made a statement about the development program of combat laser weapons aviation based. Such developments in the States have been ongoing for several years, but so far the developers have not reached an acceptable result in terms of power and size of a combat laser.


Now it is noted that the schedule for the start of flight tests of a promising combat laser system has to be shifted again. According to recent reports, such tests will begin no earlier than 2023, although it was previously reported that the first testing of a laser prototype on an airplane could take place in 2021. Moved.

Citing the reasons for the transfer, the US Air Force notes that the main negative role was played by the pandemic and "a number of technical difficulties." The process of work had to be suspended for 2-3 months.

What kind of installation are you talking about?

Earlier in the U.S. Air Force reported that they intend to put into service combat laser modules, the main purpose of which would be to protect funds aviation from enemy missiles. Moreover, when speaking about missiles, the Americans mentioned both anti-aircraft missiles and those that belong to the air-to-air class.

This is the so-called SHiELD program, which is headed by Jeffrey Heggemayer. They have been trying to implement the program since 2013. And in it several directions stand out. For example, Lockheed Martin pledged to create a powerful solid-state laser, and the Boeing and Northrop Grumman collaboration - beam control systems.

Currently, Lockheed Martin has created and tested some ground-based solid-state laser. Testing came down to trying to intercept several missiles at a military training ground in New Mexico. It was reported that the installation power corresponded to a value of approximately 60 kW. About how the tests for intercepting missiles passed in the US are not covered, which may indicate a low effectiveness of weapons.

At the same time, information was passing on flight tests of a prototype of a laser installation from Raytheon on an AH-64 Apache helicopter in 2017. But only that laser was not intended to destroy missiles launched by helicopter, but to destroy ground targets. Although with the destruction of ground targets, the "brainchild" also had serious problems. The armored vehicles, as they say, didn’t want to be destroyed by this laser system, and the on-board electronics “burned out”. There were problems already at the aiming stage.

Allegedly, today in the US they are solving the problem of creating a "compact laser with a power of about 500 kW."
Ctrl Enter
Noticed oshЫbku Highlight text and press. Ctrl + Enter
We are
Reports from the militia of New Russia for 27-28 September 2014 of the yearYuri Drozdov: Russia prepared the role of the sacrificial calf
Military Reviewin Yandex News
Military Reviewin Google News
18 comments
Information
Dear reader, to leave comments on the publication, you must to register.