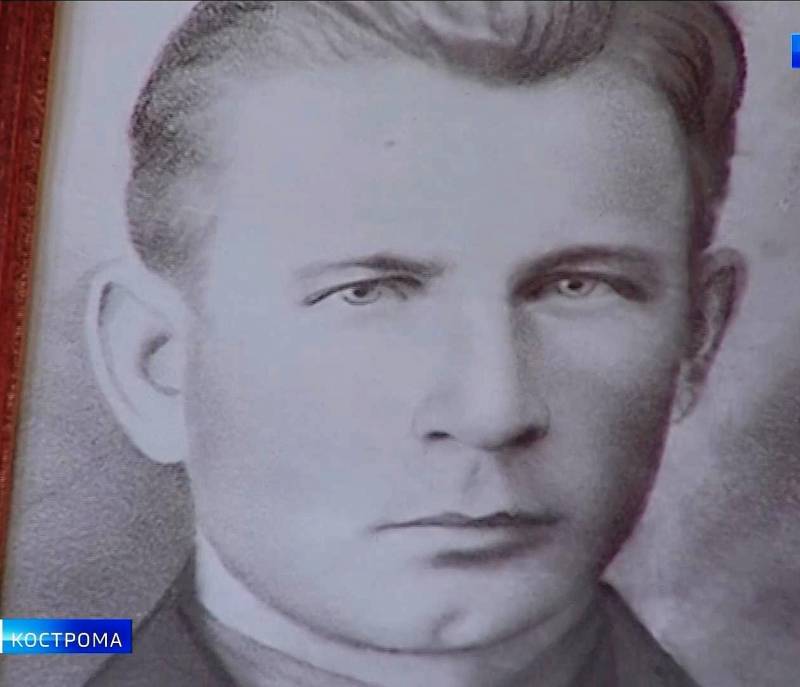 We have the right to be proud of them.

The biography of my hero is known to many. After all, he is the Hero of the Soviet Union Alexei Konstantinovich Golubkov, whose name is one of the streets of Kostroma. And he is my close relative, namely my great-great-grandfather. 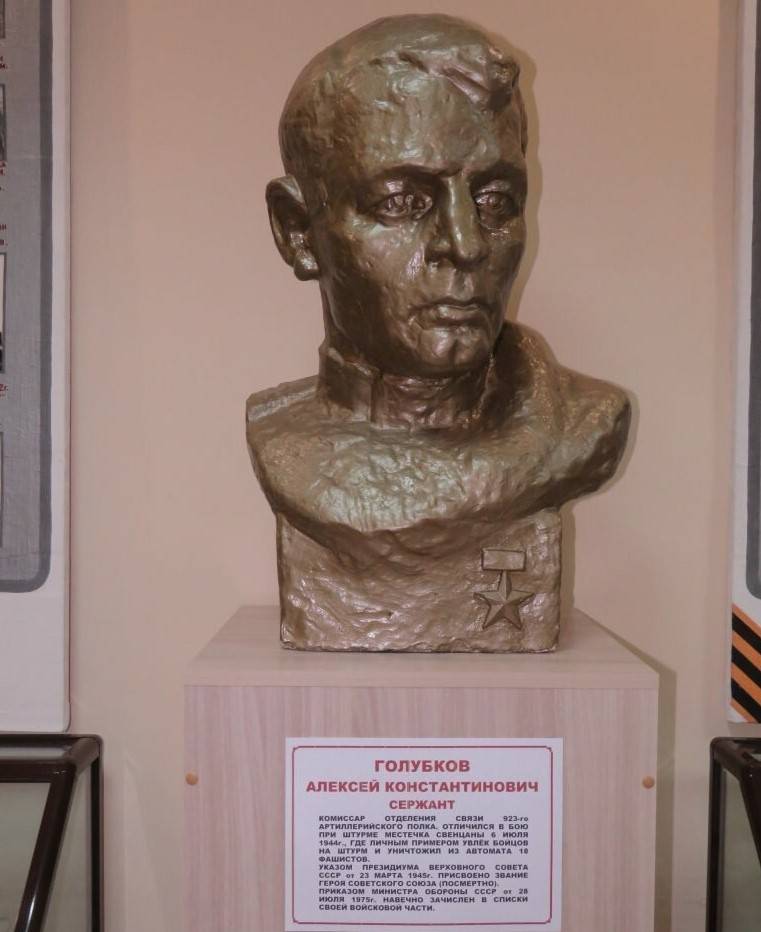 There is an article on Wikipedia about him; television broadcasts made about him. And this is fair. The Russian people are rightfully proud of the military exploits of their sons and daughters in the struggle for freedom and independence of the motherland. And today, the soldiers of the Armed Forces, who still stand guard over its borders, are faithful to the glorious traditions of grandfathers and great-grandfathers, they sacredly honor the memory of heroes who fell for the freedom and independence of our Fatherland.

How many of them raised during stories Kostroma land - brave, courageous, despising death! The brave Galicians and the townsfolk of Soligalich, the inhabitants of Kostroma and the trading settlement of Parfenyev, Kologriv, Veliky Ustyug, Makaryev and the Ungets, who lived on the banks of the Unzhi, carrying their waters to the great Volga!

In the distant times of the formation of the Russian state, Kostroma more than once bravely fought with foreign aliens. In the Time of Troubles, when gangs and detachments of the Polish gentry roamed the Russian expanse, Ivan Susanin, an ordinary Moldavian man, a great patriot of the Russian land, has immortalized his name for centuries.

All riddled with cores, the "Experience" refused to lower its flag and tried to lure the English ship onto underwater cliffs. Only when the ship sank did the English sailors pick up the brave “Experience” crew members in the sea of ​​wounded.

And how many simple, unknown Kostroma soldiers were among the heroes of Sevastopol and Balaklava, Plevna and Shipka, Port Arthur and Tsushima! Thousands of Kostroma fought courageously on the fronts of the Civil War. The people will never forget the exploits of Alexander Yazykov, Alexander Gussakovsky, Boris Krutitsky.

Kostroma warriors showed unparalleled courage and courage during the years of World War II against the fascist invaders. More than 140 of them were awarded the title of Hero of the Soviet Union. And the memory of them is immortal. Monuments were erected on the graves of heroes, villages, streets and squares are named after them, many schools bear their names.

About one of them, my cousin's great-grandfather, I want to tell.

It was Golubkov and Nikolaev

Military unit. Barracks. Above a neatly tucked soldier’s bed is a portrait of a sergeant. But on the chest there is neither the Golden Star, nor the Order of Lenin - after all, he was awarded them posthumously. 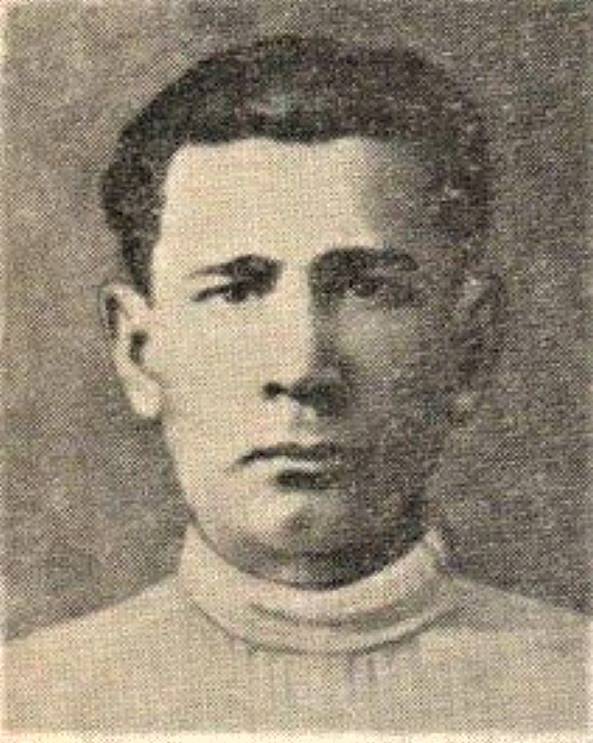 Often, near a modest portrait, you can see young warriors who arrived at the garrison. The commanders of the unit talk with young soldiers, introduce the newcomers in detail to the biography, military affairs and the immortal feat of their brother-soldier Hero of the Soviet Union Alexei Konstantinovich Golubkov.

Often they recall Alexei Konstantinovich on his native Kostroma land. He was born in 1912 in the village of Mikhailovsky, Sudislavsky district. First he worked on a collective farm, then he moved to the regional center, got a job at the Worker Metalworker factory. Alexei was a Komsomol member, a production leader. He worked as an electric welder, gas cutter, then moved to the iron foundry.

In 1937, Alexei married, and his wife Anna gave her husband two daughters. When the war began, he did not leave the workshop in two shifts. He was repeatedly reported on the radio, noted him in orders. But in August 1942, Alexei Konstantinovich went to the front.

After a short training, Private Golubkov fought the enemy for almost two years, fortunately, even without serious injuries. He received the rank of sergeant, the medal "For Courage" and "For Military Merit" and several thanks to the command.

When it was already 1944, the year of triumphant victories of the Soviet Army on all fronts of the Great Patriotic War, the unit in which Sergeant Aleksey Golubkov fought was tasked with capturing the Sventsians (now these are the Lithuanian Shvenchenes).

Having defeated the enemy in Belarus, the Soviet units were rapidly approaching the borders of Lithuania, and this was an important stronghold of the Germans. By taking the Sventsyans, it was possible to cut off the retreat of the enemy group. On July 6, Soviet soldiers approached the Sventsians.

However, the enemy, conducting intensive artillery shelling, did not give them the opportunity to take control of the town. The Nazis managed to destroy our observation post and disrupt the connection of the attackers and control of the return fire. The commander of the liaison office of the artillery battalion, Sergeant Aleksey Golubkov volunteered to re-establish communications. 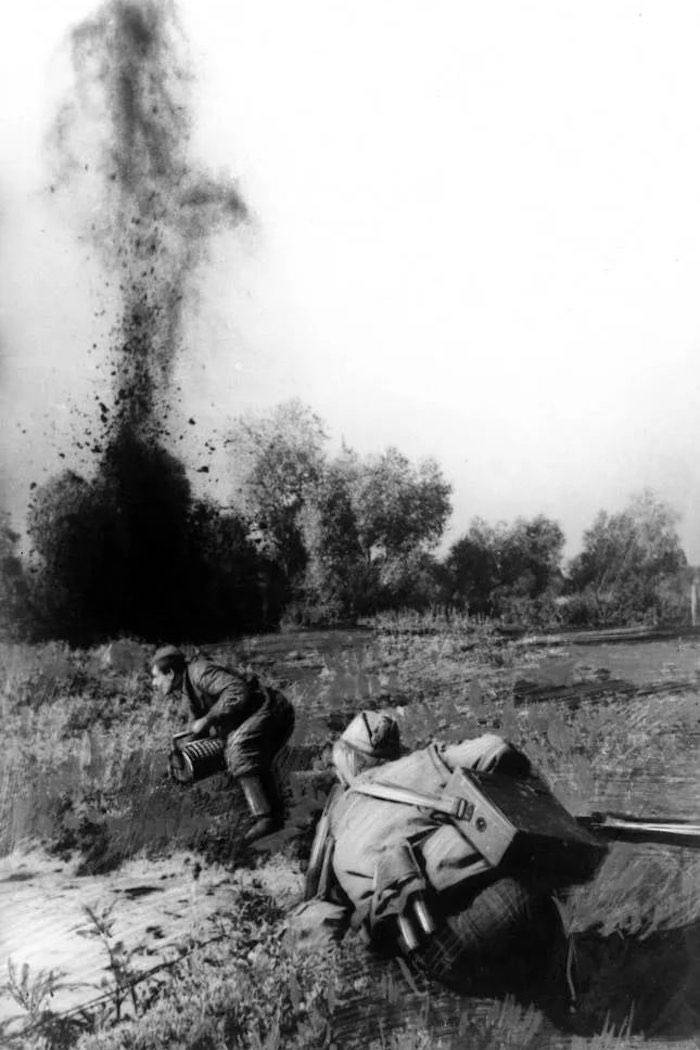 And so they established contact in the Great Patriotic War
He was under continuous enemy fire for an hour and a half, and was lightly wounded three times. Only when communication was restored and the division command again had the opportunity to control artillery fire, did the sergeant consider the task completed. Enemy firing points were suppressed, attacking burst into Sventsyany.

But in the hands of the Nazis remained a church surrounded by a stone fence. As soon as our fighters climbed the storm of a stone church, the Germans met them with twelve machine gun fire. Attacks choked, warriors pressed to the ground. In one of these difficult minutes, Sergeant Golubkov crawled to officer Zhigulin, who led the assault.

- Comrade Captain! And what if one or two soldiers crawl over those bushes, - Golubkov showed with his hand, - and go out to the church, and then quietly make their way to the fence and throw machine guns with grenades. The attack will be unexpected, it will certainly cause a panic. Meanwhile, infantry will rise from the front.

The officer listened carefully to the sergeant, looked at him warmly and asked:

“You proposed a good and bold plan, Comrade Sergeant, but who will fulfill it?”

- I ... And I will also take Corporal Nikolaev with me.

Having received the permission of the commander, Golubkov and Nikolaev, under cover of artillery fire, quickly crawled to the temple fence and disappeared behind it. Captain Zhigulin and the soldiers, ready for the assault, stood still.

But behind the fence at the machine-gun embrasures, explosions of grenades were heard, the minute silence was split by the crackling of machine-gun bursts. It was Golubkov with Nikolaev from the rear who opened a merciless, destroying fire on German machine gunners. The machine guns are dead. This was what the Soviet soldiers expected.

And the chains of fighters, inspired by the feat of Golubkov and Nikolaev, rushed to storm the church, which turned into a real fortress. Penetrating the fence was now easy. The silent machine guns were strewn with 18 killed Germans. 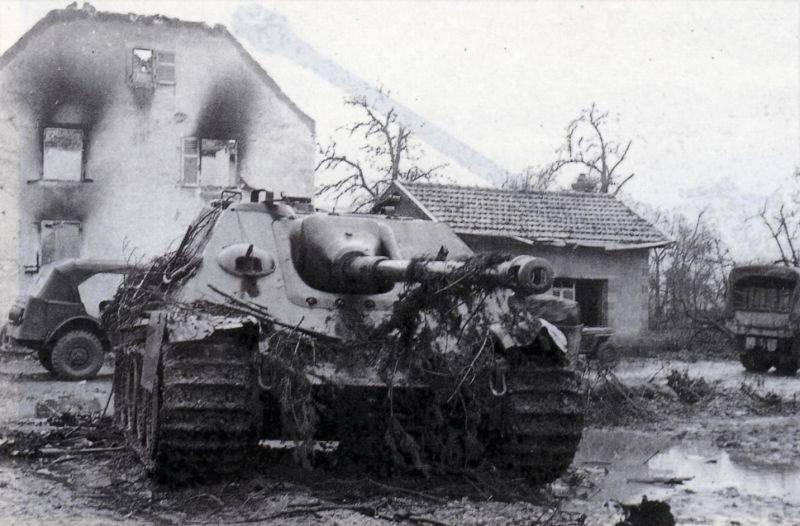 And Golubkov, wounded, fired one automatic burst after another. When Soviet fighters broke into the fence, Golubkov shouted “Hurray!” rushed after the retreating. Even the enemy self-propelled gun, twisted around the corner, could not save the situation.

But the explosion of one of the shells fired by self-propelled guns struck those running ahead. And in the church, where Sergeant Alexei Golubkov jumped in, a grenade exploded. From his wounds, he soon died immediately, on the spot.

On March 24, 1945, by decree of the Presidium of the Supreme Soviet of the USSR, Alexei Konstantinovich Golubkov was posthumously awarded the title Hero of the Soviet Union. 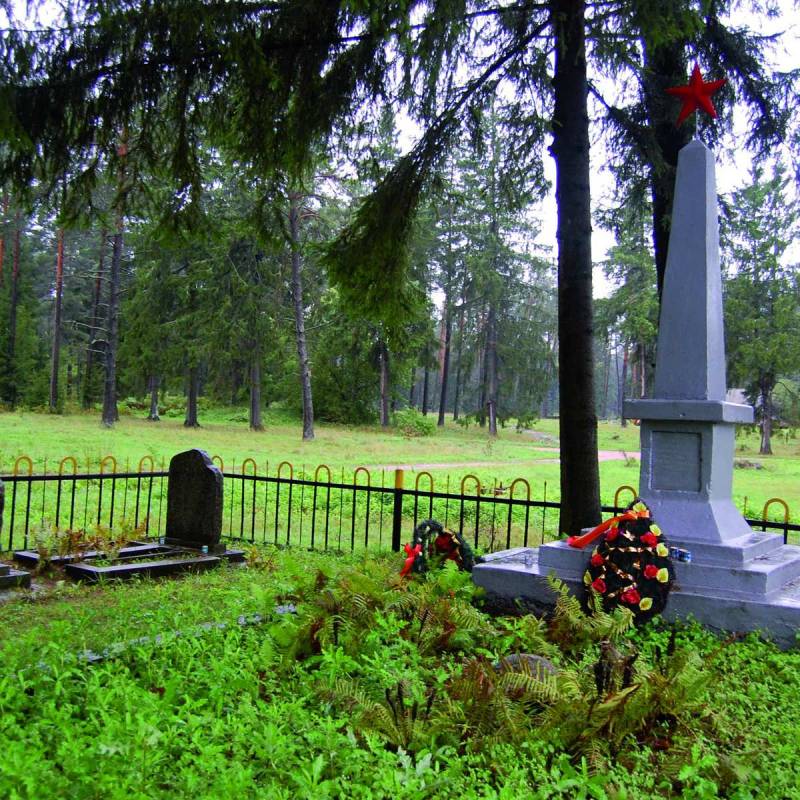 ... At the obelisk with a Red Army star in the village of Lyntupy, Pastavy district, Vitebsk region (pictured) there are always fresh flowers. Here on the Belarusian land is buried a hero-Kostroma. Young trackers of Vilnius Secondary School No. 27 placed a photograph of the Hero in a place of honor in the album “Liberators of Lithuania - Heroes of the Soviet Union”. They keep in touch with his family in Kostroma.

And in sultry Central Asia, the memory of the hero is sacredly honored by the soldiers of the unit where Alexey Golubkov served. Every day at evening verification, the right-flank soldier solemnly says:

- Hero of the Soviet Union, Sergeant Golubkov, died the death of the brave in the battle for the freedom and independence of our country.

The hero warrior, as a living one, continues to remain in the battle ranks of his comrades. He is forever in the same ranks with them. I am pleased that one of the streets of our city is named after my relative - the hero Golubkov Alexei Konstantinovich. I must try to proudly carry this name through my whole life.

Ctrl Enter
Noticed a mistake Highlight text and press. Ctrl + Enter
We are
No one left to die. Everyone followed VictoryI know and will remember. And I'm proud
9 comments
Information
Dear reader, to leave comments on the publication, you must to register.