Shortage of those responsible: the power vertical in Russia is hindered by personnel shortages 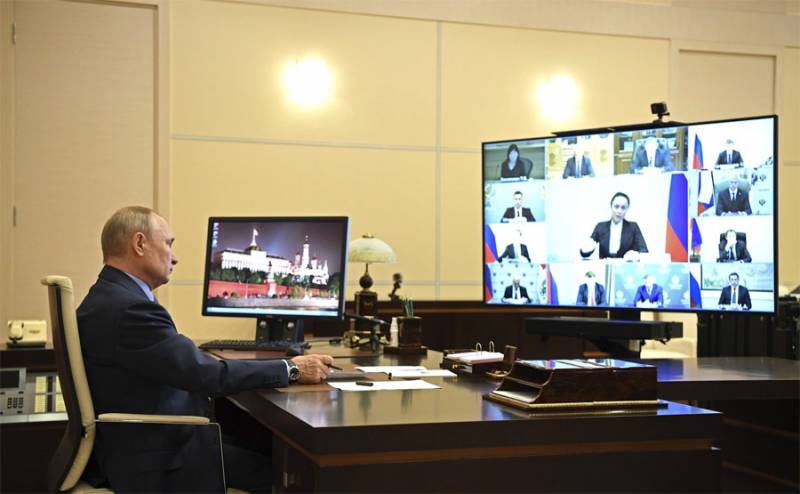 In recent years, despite the tough vertical of power created by Vladimir Putin, many Kremlin decrees and instructions are often ignored locally. The low level of control over the implementation of the decisions of the president and the government is a real disaster for modern Russia.

Regions and the center: autonomy or sabotage?

The situation with an insufficient level of control over the activities of local officials was especially evident during the coronavirus pandemic. In a number of cases, the president had to personally intervene in order to ensure the fulfillment of the tasks set by the federal government. So, in a number of regions there were problems with the payment of remuneration to medical and social workers, although the president made it clear and clearly: money should be paid to every physician involved in the fight against coronavirus.

Decisions of the federal authorities and regional leaders often contradicted each other: the president talks about some measures, and governors in the regions introduce others. But until recently, the central government struggled in every way with the excessive independence of the regions.

In modern Russia, governors are much less autonomous in their actions than in the 1990s. But at the same time they have a great opportunity to almost ignore the decisions of the central government. The president gives the order, but in the regions no one thinks to execute it, as often happens.

By the way, Vladimir Putin himself already drew attention to the fact that the vertical of power often does not reach the grassroots level, especially if we talk about the municipal level, and this becomes an obstacle to the implementation of decisions. But it seems that even such a strong leader as Putin cannot do anything with the existing system. Indeed, one forceful pressure on officials cannot resolve this situation.

One of the main reasons for this situation is the personnel shortage in modern Russian authorities. No, there are a lot of officials in Russia, just as there are many who want to become them, but a significant part of the small and not very bosses simply does not correspond to their posts. If among ordinary performers you can find many sensible professionals, then with leaders everything is much worse. Often they fall into their positions thanks to the notorious nepotism and personal connections, at best - due to loyalty to the higher leadership, which is often synonymous with a lack of initiative, close to cowardice and inability to make decisions independently and take responsibility for them.

Such officials are dragged to the last and do not dare to take measures without an order "from above", and then they also do not dare to cancel these measures. Indecision is a consequence of the life paradigm of such people: what matters is not the real result of the work, but the position held in the power hierarchy. That is, such “sovereign people” do not serve the people, not the state, but themselves or the leaders of the clan to which they belong.

Once upon a time, the sociologist Michael Young coined the term "meritocracy" - the power of the worthy. The Italian political scientist Wilfredo Pareto believed that it was the most worthy people who should be promoted to leading posts. But in practice, this is not the case. The president today lacks not only a full-fledged personnel reserve, there is no system of production of such a reserve. Despite all sorts of contests for leaders and about leaders. 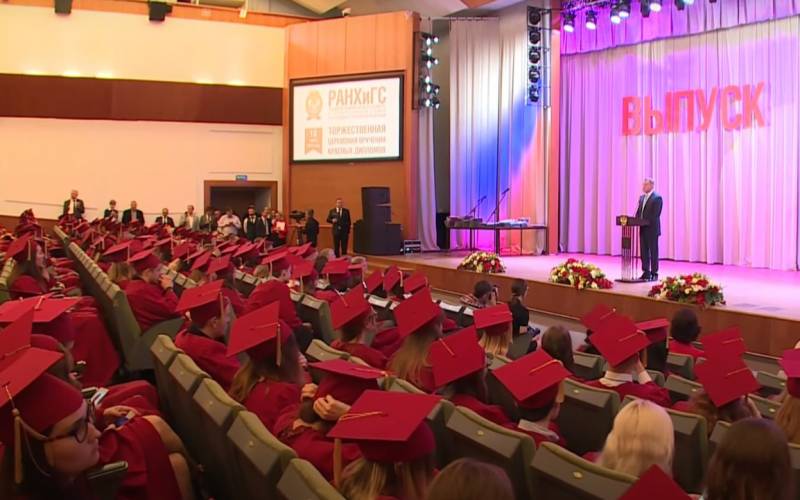 Graduation of the Russian Academy of National Economy and Public Administration. Who knows, maybe among these young people are future worthy managers
In Soviet times, there were the party and the Komsomol, now the only ones who can supply officials are power structures. It is no accident that the former security officials are becoming more and more in managerial positions in the largest companies, and in the regions, and in municipalities. Of course, there are many worthy people among them, but can their police or military experience be considered sufficient to manage sectors of the economy, corporations, cities, or rural areas? Here we need a team of professionals, people with a responsible approach to business, ready to work and take responsibility for their actions.

Another source of personnel for Russian bureaucracy is people from the families of the same officials or entrepreneurs, usually with a legal, economic or managerial education, who begin to take off the career ladder almost from their student benches and by the age of thirty find themselves in very good positions. Real managerial experience and the desire to serve people, with rare exceptions, are absent.

The current situation in the personnel sphere is compounded by the practical absence of social elevators that would allow worthy and qualified personnel not integrated into the system of clan and corporate ties to move up the hierarchy. Only a few can "break through" into power, as they say, from a machine tool, a plow, or after the withdrawal of their own small business to a decent level.