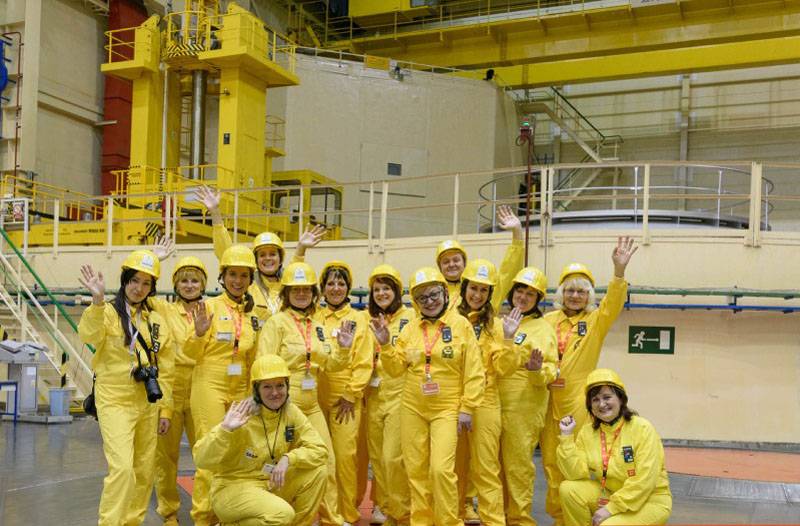 Today in the Czech Republic there is a serious debate over this nuclear power plant. Some forces claim that it is necessary to follow the example of Germany and France and begin to abandon nuclear energy. Others believe that it will be an irreparable blow to the Czech economy to close the station. Those who belong to the second group consider it expedient to expand the generation of electricity at the Dukovany NPP with the help of the fifth power unit and phase out the old versions of the reactors. But here a dispute arises: if you begin the construction of the 5th EB, then whom can it be trusted?

Earlier, Czech President Milos Zeman said that it was worth following the example of Hungary and entrusting the construction of a new power unit to Rosatom. The Russian company, recall, is building the Hungarian Paks-2 nuclear power plant.

The Czech edition of Aktualne publishes material authored by Helena Truhla and Lukasz Valaszek, which states:

If the nuclear power plant is fully equipped with Rosatom, like Hungary, the Russians will have a decisive influence on the Czech state. And this is at a time when relations between the two countries are strained.
The article notes that the Czech government does not intend to follow the Hungarian route and grant the right to build a new power unit without a tender. It is noted that the chances of winning the tender may be both in Russia, and, for example, in China.

While it is said that the final decision in the tender will be announced in 2022. At the same time, the authors complain that by that time Milos Zeman will continue to remain the president of the country.

He has a mandate until 2023, and he is a supporter of Russia.
Further in the Czech edition they write:

According to security officials, another option currently being considered by the Czech Republic is to prevent the troubled Russian applicant from gaining access to contracts for one of the base systems of the power plant. However, sources from the security community indicate that even if the Czech Republic does not allow Russians into key power plant systems, they will keep the country's energy future in their hands - as a general contractor.
At the same time, the material contains a statement by representatives of the Hungarian energy industry. They note that they have followed a simple path: the country needs low-cost electricity, and Rosatom has vast experience in building nuclear power plants, which is why Rosatom was chosen as the implementer of a large-scale project.

Ctrl Enter
Noticed oshЫbku Highlight text and press. Ctrl + Enter
We are
The same rake: Kiev talks about buying a new fuel Westinghouse for VVER-440 reactorsReports from the militia of New Russia for 27-28 September 2014 of the year
Military Reviewin Yandex News
Military Reviewin Google News
50 comments
Information
Dear reader, to leave comments on the publication, you must to register.