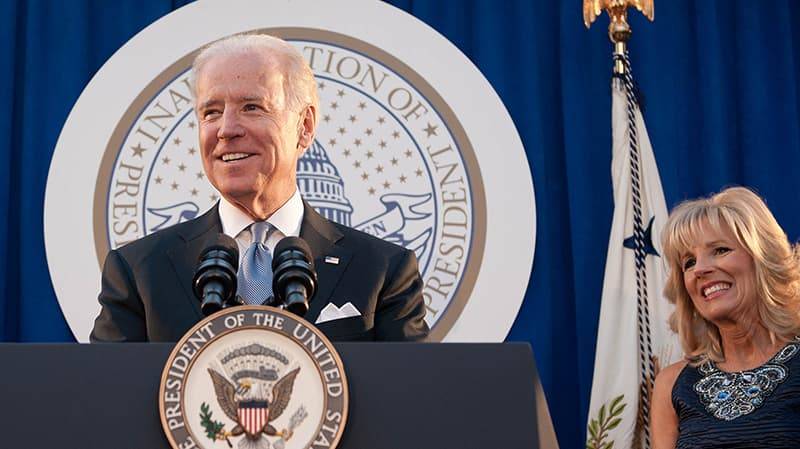 We are often accused of things that were initially impossible in Russia. If you look history relations between Russia and the United States over the past few decades, then examples of such accusations can be found in dozens, if not hundreds. Moreover, a fake born from "unnamed competent sources" of the American media in intelligence or the Pentagon is most often accompanied by a vague commentary by officials who translates such a message into the category "maybe this is true."

The Taliban are representatives of the Taliban terrorist group banned in the Russian Federation.

The practice of creating such information stuffing has been thoroughly worked out. If you need to create a negative attitude towards something or someone, you need to talk about things that somehow affect all US citizens. The best way to achieve the desired result is to blame Russia for the death of American soldiers.

In principle, such inventions have been used for quite some time. Today we can perfectly see the results of some of these fabrications. Just think of the atomic bombing of Japan in 1945. A story invented for the Japanese today is true for generations of Japanese people. If you take the Japanese history books of the country, you will be surprised to read that the "allies", and not the Americans, dropped bombs on Hiroshima and Nagasaki.

We see a more recent example in Ukraine. The fake that was invented in 2014 really works today. Most Ukrainians really believe in the participation of the Russian army in the battles in the Donbass. Moreover, any arguments against this version are marked by one phrase: Russian propaganda.

But back to the USA. The American newspaper The New York Times directly accused Russia of financing the Taliban in Afghanistan (the Taliban is banned in Russia). Moreover, reporters went further in creating a false message. The Russians directly paid for the attacks on the Americans! American journalists also do not need to come up with ways to help the Taliban. Just describe the actions of the United States in this direction during the Afghan war of 1979-1989. And the same “anonymous intelligence source” is named the source of this information.

Taliban victories over US Army units are easily attributed to the presence of Russian special forces from the GRU. Diplomatic disagreements on any issues also become just a continuation of disagreements on military issues.

And everything would have gone as usual, if not for the election campaign for the presidency of the United States. If it weren’t for the long-running program for finding ties between Trump and Putin, between Russia and the United States. If Trump rival Joe Biden was not in a hurry to accuse President Trump of betraying the US military. Thus, pushing the president to action.

Distributors of fake News from The New York Times should reveal their "anonymous source." But they cannot, because this “man” does not seem to exist at all!
As you can see, the American president does not bother using the diplomatic language and directly accuses the American publication of provocation, of deliberate lies. The New York Times liars! But Trump would not have been Trump if he had not used his full capabilities. If I confined myself to stating only the fact of deception.

The first to react to the lie was the special representative of the US president for dialogue between Serbia and Kosovo, Richard Grenell, who previously served as director of the US National Intelligence:

And the way you continue to politicize intelligence is disgusting. You clearly do not understand how the process of confirming unverified intelligence information occurs. A leak in the media of incomplete information from anonymous sources is dangerous, because you are being manipulated for the sake of political gain ...
And these same journalists presented us with lies about a conspiracy with Russia, for which you are still holding on.
In general, Grenell expressed two very clear and correct thoughts. Firstly, he pointed to the anonymity of the source of the publication. Even if information of such a level is leaked somewhere in the media, its reliability will always be doubtful. Just because intelligence never draws conclusions from information that has not been verified several times.

And the second: without the knowledge of the head of intelligence, not a single document comes from the National Intelligence to the table of the president and vice president. But Grenell did not see such papers.

Following the predecessor, exactly the same statements were made by the current head of the US National Intelligence John Ratcliffe:

I confirmed that neither the President of the United States nor the Vice President was informed about the intelligence referred to in The New York Times in his article yesterday.

Bullshit that outraged not only Moscow, but also the Taliban

We are used to the fact that Lavrov’s department is in no hurry to respond to dirty tricks. They give revenge to mature. But in this case, the reaction was instantaneous. The Russian Foreign Ministry noted that the stuffing of the American publication is "unpretentious." The Russian Foreign Ministry reminded the United States of the failure of the Afghan campaign and pointed to the "low intellectual ability of the propagandists" of American intelligence:

We drew attention to the next newsfeed launched by the American intelligence community into the media about the alleged involvement of Russian military intelligence in the contract killings of US troops in Afghanistan.
Even the Taliban leadership was outraged by a statement by The New York Times. A representative of the movement made a special statement.

Internal disassembly of candidates, or Another bucket of slop in the direction of Russia

It would seem that how many such statements were made in the United States in relation to our country? Reacting to everything is just stupid. Well said, and said another senator or other American politician is stupid. For every one you don’t get overboard. Moreover, the Americans themselves exposed the fake at the highest level.

It's like that. It seems to be. But tell me, have you noticed one thought that went through all the messages and which was never voiced? These are by no means frequent statements by pro-Trump politicians that Russia was not involved in US elections. No, this is the idea that there are no laws for Russia. The Russians do not even comply with the decisions of their own courts!

Let me remind you, back in 2003, on February 14, by the decision of the Supreme Court of the Russian Federation, the Taliban was recognized as a terrorist organization. And this means that even theoretically, representatives of Russia cannot have any contacts with this organization.

Of course, many remember the very recent accusations of the US Senate in supporting terrorism. Remember, at the beginning of December last year, David Hale said that “at this stage” the State Department does not rank Russia as a sponsor of terrorism and almost at the same time the Senate Foreign Relations Committee approved the bill on Russia's ranking as a sponsor of terrorism.

It seems to me that the US elite is launching a campaign to destroy one of the most important spheres of US-Russian cooperation for the world - the joint fight against terrorism. You must admit that such a gap will lead to serious complications in a number of countries of the world.

And yet it collapses

I understand that the outcome is necessary. The very shelves on which all the facts are laid out. But today I will make a somewhat unexpected conclusion. The United States of America is really collapsing. No, the potential of this country is quite enough to survive and survive in any cataclysm. And the United States does not threaten revolution or anything like that.

The involvement of the intelligence community in political conflicts is a signal. The signal that the struggle of the Democrats and Republicans is acquiring a sufficiently deep, protracted character. And this, in turn, threatens the world with serious problems, which will be much more serious than they were during the collapse of the USSR.

Ctrl Enter
Noticed oshЫbku Highlight text and press. Ctrl + Enter
We are
Situational analysis of the death of the MH17 flight (Malaysian Boeing 777), made on the basis of engineering analysis from 15.08.2014Bashar al-Assad: Captain does not run from the ship
Military Reviewin Yandex News
Military Reviewin Google News
43 comments
Information
Dear reader, to leave comments on the publication, you must sign in.