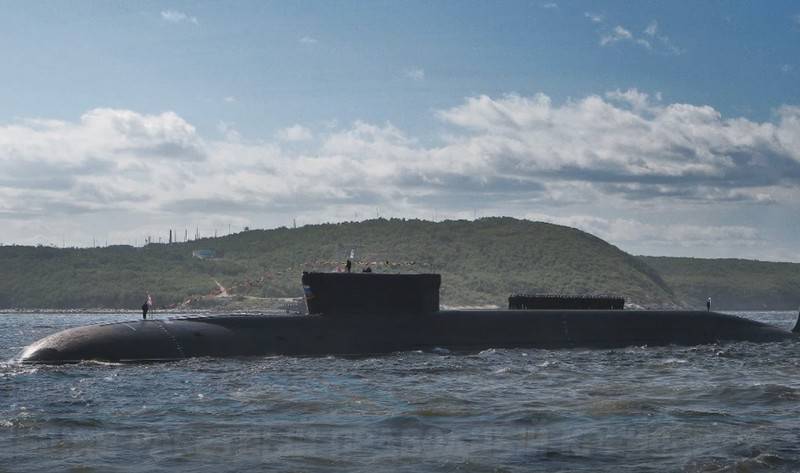 The first serial missile submarine of project 955A Borey-A - Prince Oleg - will be introduced into the Naval fleet by the end of the year. This was stated by the head of the United Shipbuilding Corporation (USC) Alexei Rakhmanov.


The second after the lead APKSN “Prince Vladimir” and the first serial submarine strategic cruiser “Prince Oleg” is planned to be transferred to the fleet in December this, 2020. The lead submarine of project 955A (code "Borey-A") "Prince Vladimir" was officially accepted into the Northern Fleet on June 12. It was on this day that the ceremony of raising the flag of St. Andrew on the submarine took place.


Fifth Borey, Prince Oleg, we plan to turn in to the fleet this year, I think it will be December
- said Rakhmanov.

As reported last year, after being put into operation, the latest submarine cruiser "Prince Oleg" will leave to serve in the Pacific Fleet. Initial plans to introduce him to the Northern Fleet were changed. The submarine is currently undergoing a test cycle.

It is assumed that after the completion of the construction of the Borey and Borey-A submarines, the Northern and Pacific fleets will receive five submarines of this project each. Missile carriers will become the basis of Russia's naval strategic nuclear forces. They carry up to 16 intercontinental ballistic missiles R-30 "Bulava-30" with a range of more than 9 thousand km and head units with a capacity of 150 ct.

The submarines of the 955 and 955А projects (Borey and Borey-A) were developed by the Central Design Bureau of the Marine Equipment Rubin. The differences between the 955 and 955А projects were not disclosed, however, it is known that the Borea-A, compared to the Boreas, modernized the hull designs, uses new electronics, and the 955A boats are better stealth.
Ctrl Enter
Noticed oshЫbku Highlight text and press. Ctrl + Enter
We are
The head of USC called the date of transfer to the fleet of the APKSN project 955A "Prince Vladimir"APRKSN "Prince Oleg" of the 955A project will go to Kamchatka
Military Reviewin Yandex News
Military Reviewin Google News
22 comments
Information
Dear reader, to leave comments on the publication, you must sign in.