Potemkin hospital as a symbol of the future of Russia 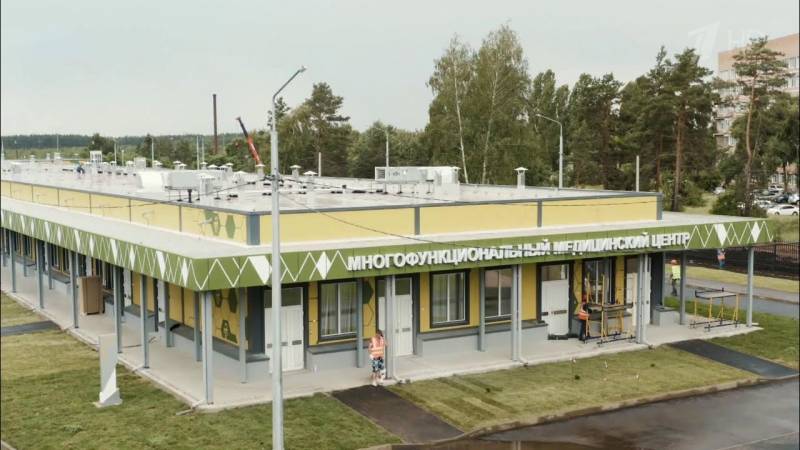 When this material comes out, the grand opening of the 200-bed infectious diseases hospital near Voronezh specialized in coronavirus is likely to take place.


There will be solemn speeches, ribbon cuts, bravura reports. And the governor may not be confused in numbers.

But the recent events around this hospital, which was already talked about on the central channels, make us think about a very sad topic.

On the one hand, yes, the military erected a hospital very quickly. Construction began on April 25 at the direct direction of Putin. And now, on June 29th, there will be a discovery. 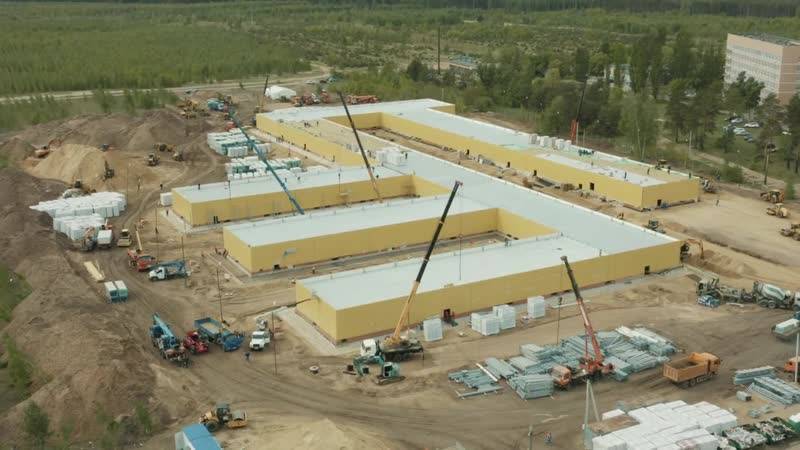 It's nice that the military, who built the corps, can still and can. Unpleasant much more.

It would be worth telling about how staffing was done separately, but the trouble is: none of the “staffed” people want to talk about it openly. Mainly due to unwillingness to subsequently move to another city.

We are mainly interested in the following point: in the hospital, even according to the project, heating was not provided for in the usual sense. That is, all these pipes, boilers, radiators.

When this information is through the efforts of a local newspaper (Notepad) “The new infectious diseases hospital in Voronezh does not have a heating system” crawled out, the power reacted instantly. The spokesman for the governor Artem Sokolnikov instantly explained: “The premise in your headline is not entirely true. Indeed, this is a typical project in which the heating is not water, which we are used to, but electric. Such an electric convector is installed in all areas of the hospital. ” And he sent this photo: 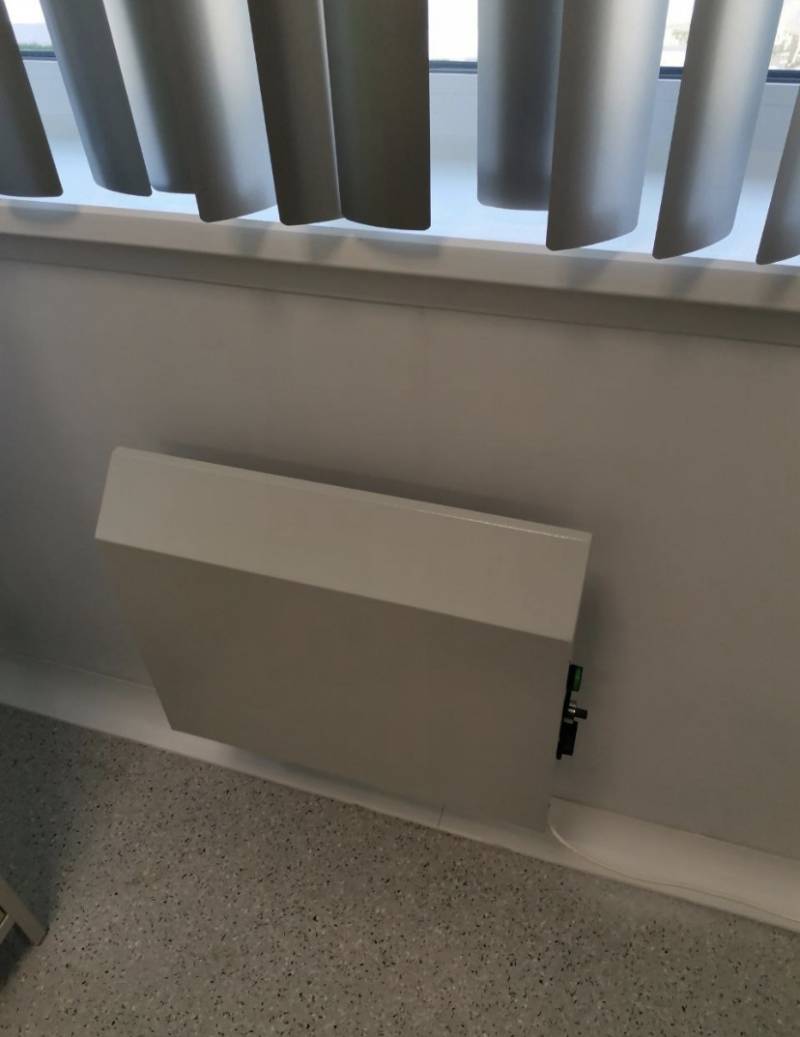 In general, a hospital is such a structure. 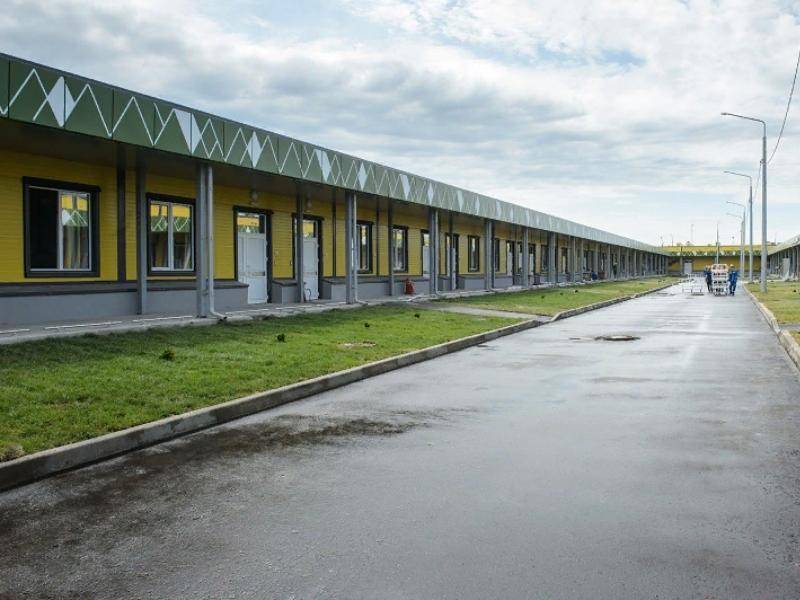 And these convectors are supposed to heat everything: boxes, treatment rooms, resuscitation rooms, personnel rooms, warehouses.

The total area of ​​the hospital is more than 10 square meters. The building, please note, is one-story. And now he, standing almost in the field, will be heated with electricity.

I turned to a friend of energy. So, to clear my conscience, because I myself understand perfectly well that it is possible to heat with electricity if ... If, as they say, this building, built according to the project for the southern regions, will not collide with our frosts. And frosts in our strip happen up to -30 degrees. And with excellent steppe winds.

In general, one can speak a lot about the weather in the central black earth zone. -30 somewhere in Siberia is one thing, but as many in the steppes near Voronezh, believe me, they feel completely different.

In general, she история the appearance of this hospital was very interesting and instructive. The Voronezh Governor Gusev turned to Putin with the initiative to build. Transcripts and recordings of conversations on the Internet are enough, I used the recording, a link to which I will give at the end. That there were no claims that I was engaged in fakes or invented something.

The governor wanted three (THREE years, Karl !!!) to build an infectious diseases hospital for 2,5 billion rubles. And he wanted to contribute 20% himself, and 80% should have been given according to his plan by Putin.

Putin did not want to pay that much money, but called Shoigu, who said that there was a project for the construction of the corps in 2 months. And for 250 million rubles.

Fast and cheap versus long and expensive.

Now it remains to wait for the winter and see how it is, convectors against the wind and frost.

There is, however, one positive point. I talked to an employee of the company that supplied the electrician. I was told that everything was done according to the project and according to GOST.

This is good, it is encouraging.

That's just no one saw the project, he is there, in the bowels of the Ministry of Defense. And for what latitudes it was developed without normal heating - this is a question.

For Sochi, probably, it would be quite. For Voronezh - is doubtful.

However, the project has been implemented, the money has been disbursed. We’ll solemnly cut the ribbon. And what will happen next is not so important, after all. The main thing is done! And how literally in half a year everything will be ... It will be only in half a year.

In an extreme case, we remove the convectors (I wonder how many of them are real there) and put the infrared. If the wiring can withstand, of course. NNPP, which is 40 kilometers away, will give any amount of energy, the whole question is who will pay for this New Year tree in winter.

The freebie ended a long time ago ...

And you can also extend a pipe with a coolant from a nearby hospital No. 8, break through walls, extend pipes and install normal radiators.

And to master a little more money under the howl of a saw.

But it will be a completely different story.

In the meantime, it remains only to think about how the doctors and patients of the new hospital will feel in the winter. Warming frozen hands on the convector. And cherishing his pneumonia with a hidden coronavirus inside.

Overall an interesting picture. In winter, we will return to this topic, it will be informative to find out what is better: long and expensive or fast and cheap.

If only the building of the new hospital would not become a sort of Potemkin hospital. Abandoned in the winter, with escaped doctors and patients who do not want to freeze.

In fairness, it is worth saying that the Ministry of Defense has built more than one such hospital. As many as four. Three more were erected in the Republic of Dagestan, in Kaspiysk, Khasavyurt and Derbent.

But if you look at the map, then the same Derbent for a thousand and a few kilometers south of Voronezh. And, it is quite possible that there you can easily get by in the winter with heaters and not freeze. But in Voronezh, it certainly won’t work out.

It's a pity though. And 250 million rubles, and the labor of military engineers, who plowed around the clock for two months.

Ctrl Enter
Noticed oshЫbku Highlight text and press. Ctrl + Enter
We are
About Stalin and KhrushchevWhat you didn't want to know about England
245 comments
Information
Dear reader, to leave comments on the publication, you must to register.