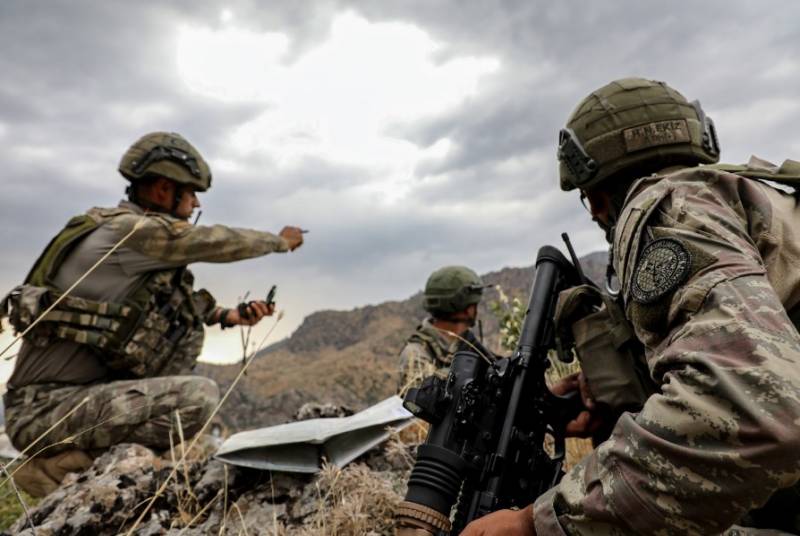 
A message about this operation appeared on the official Twitter of the Ministry of National Defense of Turkey.

It says that the destruction of the militants involved in the Turkish special forces. They carefully examine each cave in search of shelters, where representatives of Kurdish armed groups are hiding:

Our heroic commandos continue to destroy the nests of terror. Our fighters who entered each cave looked under every stone, found and neutralized another 9 PKK terrorists hiding in the area.
Operation Tiger Claw was Ankara’s response to increased shelling and attacks on Turkish army positions from northern Iraq. The decision to start it was made on June 17.

After the air raids, special forces were sent to the points of strike for final stripping.

In Baghdad, the Turkish operation is considered a violation of the sovereignty of the country.