Two versions of the origin of budenovki: from the history of headdresses of the Red Army 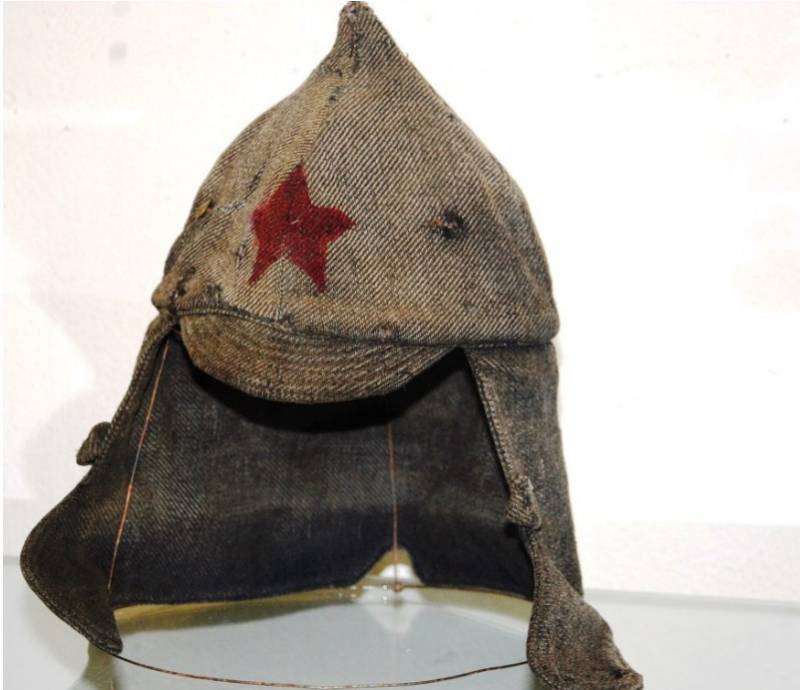 Budenovka - the most original and interesting hat in stories domestic armed forces of the twentieth century. Which of those whose childhood passed in the USSR is not familiar with the budenovka, similar to the helmets of ancient Russian heroes?

For the Red Army or for the march across Constantinople?

Everything is clear with the name of the headdress: “Budenovka” is in honor of Semyon Budyonny, the famous commander of the Red Cavalry. In fact, initially the cloth helmet received the name “Frunzevka” in the Red Army by the name of Mikhail Frunze, since it was under his command that the units where a new headgear was introduced as a mandatory component of uniforms were received.

On May 7, 1918, the People's Commissariat for Military Affairs of the RSFSR announced a competition. Artists had to develop new uniforms for the Red Army, including a headdress. Such great artists as Viktor Mikhailovich Vasnetsov and Boris Mikhailovich Kustodiev took part in the work on the budenovka. As a result, on December 18, 1918, the Revolutionary Military Council approved a cloth helmet, the shape of which resembled a shell with a barminta of Russian epic heroes.

True, there is another version of the origin of budenovki. According to this point of view, the history of a unique headdress is rooted in the pre-revolutionary period. During the First World War, in order to raise patriotic sentiments in the army and in the rear, the tsarist authorities actively exploited Old Russian themes, including the exploits of epic heroes.

Special cloth helmets were also developed in which soldiers of the Russian imperial army were to march along Constantinople (Istanbul) after the victory over the Ottoman Empire. But these helmets never entered the army, but remained in warehouses, where they were discovered by subordinates of the commander of the war, Leo Trotsky, after the revolution. However, unlike the Soviet version of the origin of budenovki, documentary evidence of the royal version is unknown.

Officially, the adoption of a new winter headdress occurred after the order of the Revolutionary Military Council No. 116 of January 16, 1919. He described the budenovka as a helmet of a woolen protective color on a cotton lining, consisting of a cap sewn from six triangles tapering upwards, an oval visor and a rear cap with elongated ends, which were fastened under the chin or fastened to buttons on the cap.

The five-pointed star sewn in front of the visor testified to the belonging of the fighter to the Red Army. Since on July 29, 1918, a metal emblem in the form of a red five-pointed star with crossed plow and hammer was worn in the Red Army, it was mounted on the budenki in the center of the sewn cloth star.

Then, during the years of the Civil War, the Budenovka acquired symbolic significance for the Red Army and all those who supported the Bolsheviks: the Red Army men in Budenovka flaunted on many propaganda posters. The most famous of them was the poster "Have you signed up as a volunteer?" Dmitry Moor (Orlov), created in June 1920.

From Civil to Patriotic: 22 years of the glorious path of budenovki

On April 8, 1919, a new RVSR order No. 628 was issued regarding the color of cloth, which was used to distinguish the branches of the armed forces. The same order regulated the color of the stars sewn on the budenovka, and the cloth, which was fitted with the buttons of the helmet. Infantry units wore a raspberry star, cavalry - blue, artillery - orange, aviation - blue, engineering troops - black, border troops - green. 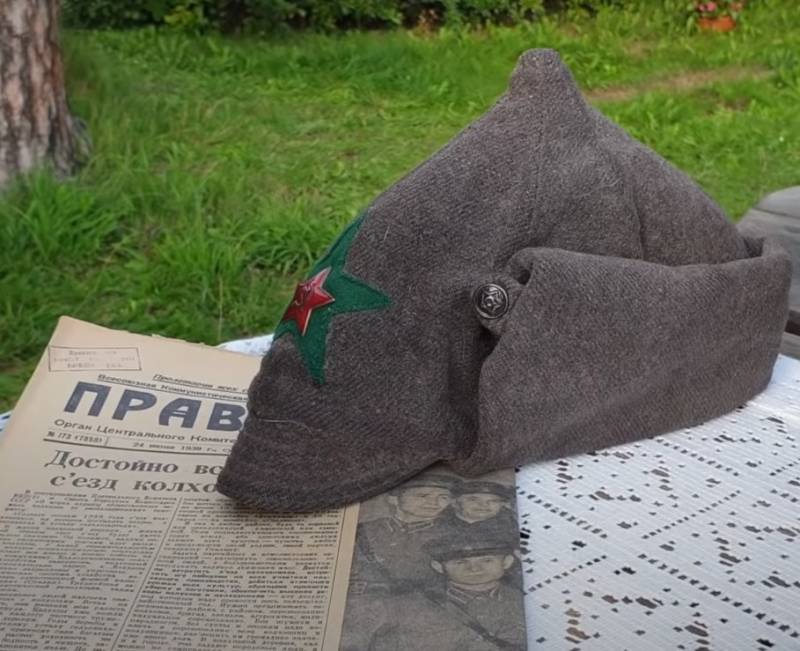 But winter budenovka continued to be used, becoming less tall and more rounded. Cloth for winter budenovki since 1922 used not protective, but dark gray. On August 2, 1926, a sewn cloth star was canceled by a new order of the PBC of the USSR: now only metal emblems were attached to the budenovki. In the same 1926, the protective color of the cloth of the headdress was returned.

The official history of this unique headdress of the Red Army ended in the summer of 1940. Just a year budenovka "did not live" until the start of World War II. On July 5, 1940, Order No. 187 of the People's Commissar of Defense of the USSR was published, replacing the Budenovka as a winter headdress with a cap with earflaps. This decision was made following the results of the Soviet-Finnish war: the command reported that budenovki did not provide sufficient protection from the cold.

However, back in 1941-1942. budenovki as a headdress remained in some active parts of the Red Army, and in partisan detachments, military schools and schools, in a number of rear units, budenovka was used until 1944. By the way, according to some reports, the Red Army soldiers themselves did not particularly favor. But in the 1950s and 1960s, the budenovka began to be intensely popularized in mass Soviet culture. In the post-war period, budenovka was widely used as a civilian children's headdress. gaining immense popularity.

Ctrl Enter
Noticed oshЫbku Highlight text and press. Ctrl + Enter
We are
The most expensive helmets. Part ten. Tophelhelm HelmetsThe myth that Stalin is guilty of the death of the outstanding Soviet commander M. V. Frunze
101 comment
Information
Dear reader, to leave comments on the publication, you must to register.