In the US, the Russian icebreaker with the "Caliber" was called offensive weapons 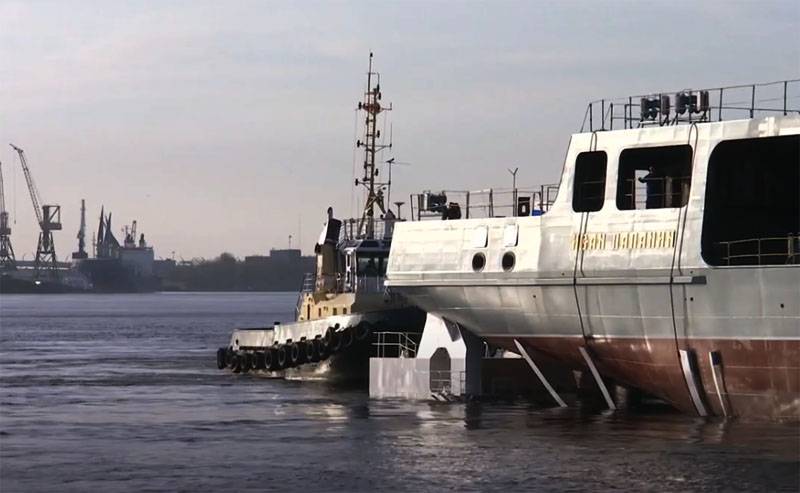 The latest Russian icebreaker, Ivan Papanin, armed with Caliber cruise missiles, is not defensive, but offensive. This was stated by the commander of the U.S. Navy in Europe and Africa, Admiral James Foggo.


According to him, Russia is behaving aggressively in the Arctic, increasing offensive weapons. This also applies to new icebreakers, which are armed with Caliber cruise missiles. In addition, Moscow continues to build military bases in the Arctic region and deploy S-400 anti-aircraft systems there.

Russia aggressively approaches the Arctic. They recently presented the new Ivan Papanin icebreaker, which can carry Caliber cruise missiles. I have already asked this question several times and I will ask again: who puts the rockets on the icebreakers? Some countries put defensive weapons on their icebreakers, but Caliber is not defensive at all. weapon
- declared admiral.

Foggo drew attention to the need to create a strong fleet in the Arctic region, "to protect common interests and ensure the normal flow of trade flows."

The lead icebreaker of project 23550 Ivan Papanin was built at the Admiralty Shipyards Shipyard and launched last October. The ice class patrol ships (combat icebreakers) of project 23550 were developed by the Almaz Central Marine Design Bureau (CMKB) as a replacement for the military icebreakers of project 21180, on which only one icebreaker, Ilya Muromets, was built and handed over to the fleet.

The ship is armed with AK-176MA automatic artillery, and one multi-purpose helicopter will also be based on the ship. In addition, a place has been reserved for the rocket launcher on the icebreaker.
Ctrl Enter
Noticed oshЫbku Highlight text and press. Ctrl + Enter
We are
The second serial patrol icebreaker of project 23550 is planned to lay in VyborgLaid the keel of the first Soviet-era icebreaker with a capacity of 25 megawatts
Military Reviewin Yandex News
Military Reviewin Google News
85 comments
Information
Dear reader, to leave comments on the publication, you must to register.