Poroshenko announced a "unique chance" to return Crimea to Ukraine 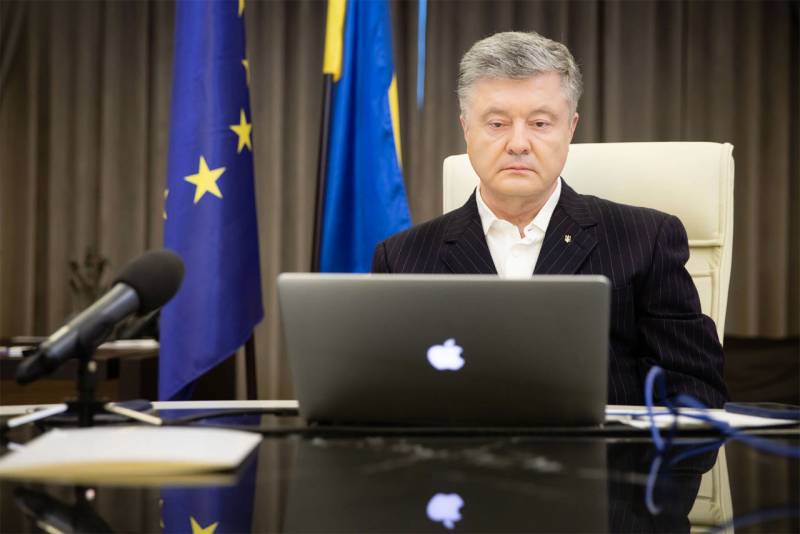 The previous president of Ukraine Petro Poroshenko, who is currently the people's deputy of the Verkhovna Rada (the head of the PES party - the European Solidarity Party), once again spoke about the Crimea. Poroshenko said that Ukraine "has a unique chance to return Crimea."


According to the ex-head of Ukraine, today "you need to take advantage of the deep crisis in Russia and strengthen international solidarity."
Poroshenko said that falling oil prices and other related pandemic factors "could force Russia to leave Crimea."

Russia is not able to finance it (Crimea).
It must be assumed that Mr. Poroshenko is personally ready to finance the Crimea. However, for some reason, before the reunification of the peninsula with Russia, not a single Ukrainian president had any concerns regarding the financing of Crimea. The economy and social sphere on the peninsula over the years of being a part of Ukraine have degraded, humanitarian issues were not resolved by the Ukrainian leadership. But now Poroshenko suddenly decided to recall the Crimea and oil prices. In this case, Mr. Poroshenko needs to be reminded that oil prices have already reached the level that was previously laid down in the Russian budget, and therefore he should not worry about Crimea and Crimeans. It would be better if I were preoccupied with the state of affairs (including economic) in my country.

Ctrl Enter
Noticed oshЫbku Highlight text and press. Ctrl + Enter
We are
Reports from the militia of New Russia for 27-28 September 2014 of the yearInterview of Vladimir Putin with Radio Europe-1 and TF1
Military Reviewin Yandex News
Military Reviewin Google News
70 comments
Information
Dear reader, to leave comments on the publication, you must to register.