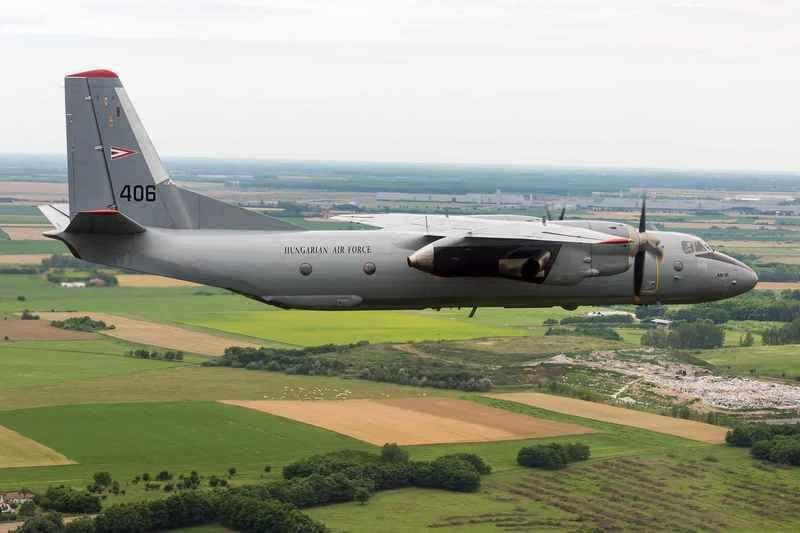 The last Soviet-made An-26 military transport aircraft was withdrawn from the Hungarian Air Force. According to the Ukrainian Military Portal, the ceremony was held at Kecskemét air base.


The national air forces of Hungary no longer have the An-26 military transport aircraft. All aircraft of this type, which were in service with the country's air force, are decommissioned. Farewell ceremony with the last of the An-26 was held at one of the air bases.

As reported, until recently, the aircraft was in operation as part of the 59th air base. In general, the aircraft stayed in the service for 46 years.

An-26 light military transport multi-purpose aircraft was developed at OKB Antonov Design Bureau. It is intended for the carriage of goods on lines of short and medium length. It has a ramp load carrier, the ramp of which serves as a ramp for the entry of equipment or rolls under the fuselage for loading directly from the car body.

The first departure of the An-26 cargo plane took place on May 21, 1969. An-26 family aircraft were mass-produced in Kiev at the Kiev Aviation Production Association from 1969 to 1986. A total of 1398 aircraft were produced, of which 420 were exported.

Ctrl Enter
Noticed oshЫbku Highlight text and press. Ctrl + Enter
We are
Australian Air Force received fifth BTA C-27J Spartan aircraftReports from the militia of New Russia for 27-28 September 2014 of the year
27 comments
Information
Dear reader, to leave comments on the publication, you must to register.