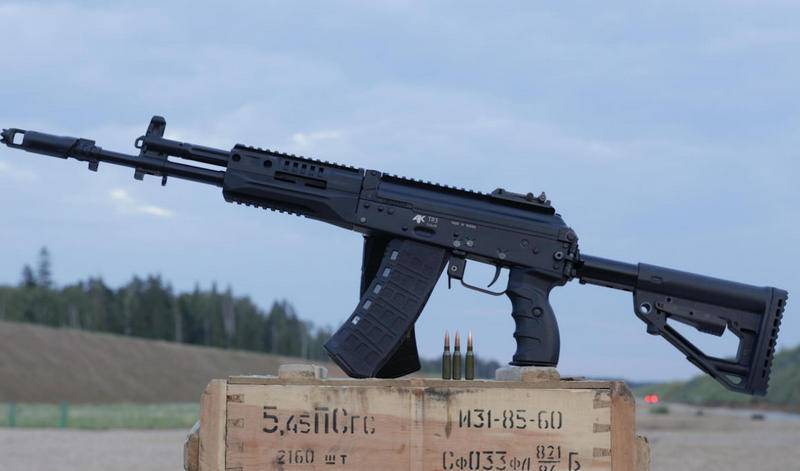 The Russian army received more than 35 thousand AK-12 assault rifles under the 2020 contract. This was announced by a representative of the state corporation "Rostec".

The Ministry of Defense has already delivered more than 35 thousand AK-12 assault rifles under a 2020 contract. This 5,45 mm caliber assault rifle is a promising individual rifle weapon the Russian army and other law enforcement agencies, with greater combat effectiveness, versatility, accuracy and accuracy of fire
- he said.

At the same time, it is noted that the 2020 contract in the framework of the state order for the supply of AK-12 was completed ahead of schedule, the Kalashnikov concern announced this on April 9 this year. Currently, the contract is already under implementation in 2021. Batch of new machine guns were delivered to the special forces brigades in Togliatti, Krasnodar Territory, Tambov Region, 6th Combined Arms Army of the Western Military District, 1st tank army, as well as other units.

The Ministry of Defense said that in the troops AK-12 caliber 5,45-mm mainly replace the AK-74M. The machine gun was developed within the framework of the “Warrior” program and is included in it as one of the elements of the promising equipment complex of the Russian Armed Forces fighters. AK-12 adopted by all major arms of the military personnel of the combined-arms formations of the Ground Forces, the Airborne Forces and the Marine Corps.
Ctrl Enter
Noticed oshЫbku Highlight text and press. Ctrl + Enter
We are
Summary of the week from voenkor Mag about events in the DNI and LC 14.12.18 - 20.12.18Summary of events in the DNI and LC during the week from the military commissar "Mag" (20.10.18 - 26.10.18)
55 comments
Information
Dear reader, to leave comments on the publication, you must to register.