Putin's trick or national pride: world media about the parade in Moscow 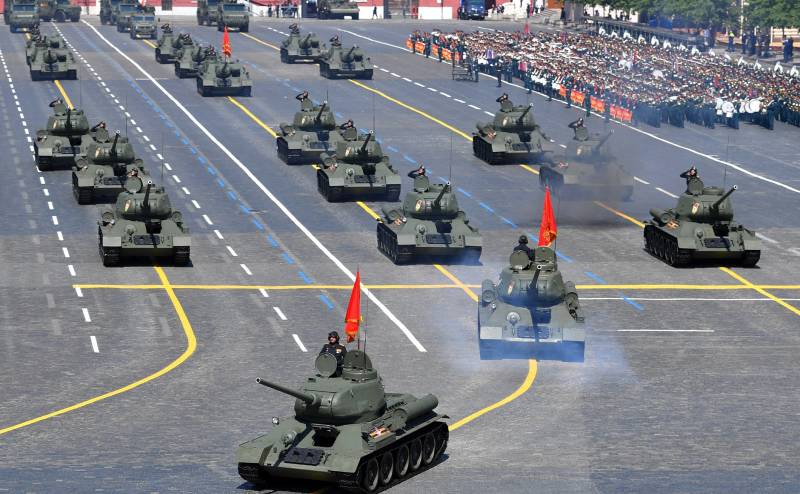 The military parade in Moscow, dedicated to the 75th anniversary of the victory in the Great Patriotic War, met with mixed ratings in the world media. As one would expect, the Western media rated the event critically.


Thus, the BBC website noted the spectacularity and solemnity of the event, but did not forget to focus on the theme of coronavirus, indicating that the pandemic in Russia is still not over, and at the upcoming vote on constitutional amendments. The message is clear: to show the Russian president an irresponsible leader, to whom his own rating is more important than the epidemiological security in the country.

The Guardian also reacted almost as well, posting a photo report from the parade on Red Square.

Russia holds its military parade postponed on Victory Day, despite an increase in the number of cases of coronavirus infection,
- emphasizes the edition.

Also, the Western press in almost every material devoted to the parade held in Moscow draws attention to the fact that it took place with a general ban on holding mass events and the fact of the participation of servicemen without masks in it. Moscow Mayor Sergei Sobyanin, according to foreign media reports, was forced to make an exception for the festive parade in the name of the success of constitutional amendments, early voting on which will begin tomorrow.

It is no coincidence that the ceremony takes place the day before the start of voting on Putin’s constitutional amendments. Before the Russians go to the ballot boxes, they should be reminded of the status of Russia as a world power. This is a little trick, which should increase the turnout and provide a large share of the vote for the amendments, which in fact will leave Putin in power for an indefinite period,
- writes Die Welt. 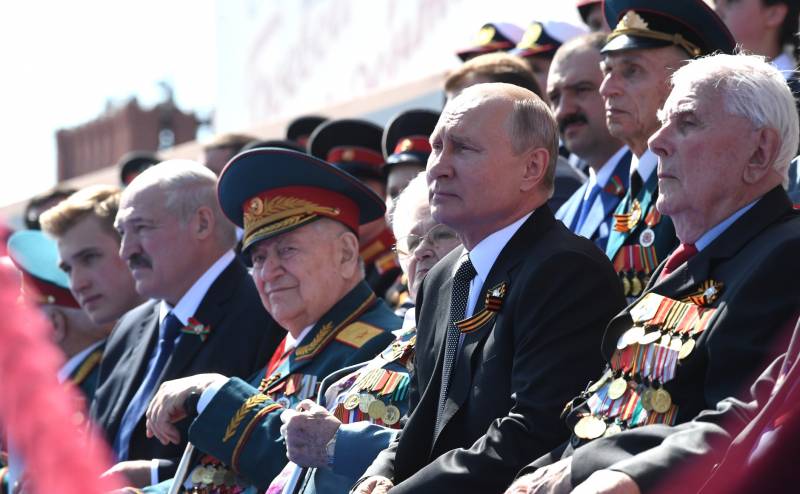 Turkish Anadolu turned out to be more neutral in evaluating the parade. The publication noted only that in connection with the epidemiological situation, parades in Russian cities, it was decided to hold without spectators. Although, in fact, this solution is far from being for all regions.

But The Times of India is close in its assessment of the parade in Moscow to Western media:

Over the two decades of his reign, Putin has been using the legacy of the victory of the Soviet Union in World War II to strengthen patriotic sentiments and support his government.
Al-Jazeera writes about the same thing, emphasizing that Vladimir Putin relies on Soviet victories to assert and maintain his own political power.

But the parade in Moscow provoked a positive reaction from the Chinese press. And this is no coincidence, given the friendly relations between the countries as a whole and the fact of the participation of the Chinese parade in the Moscow parade in particular. 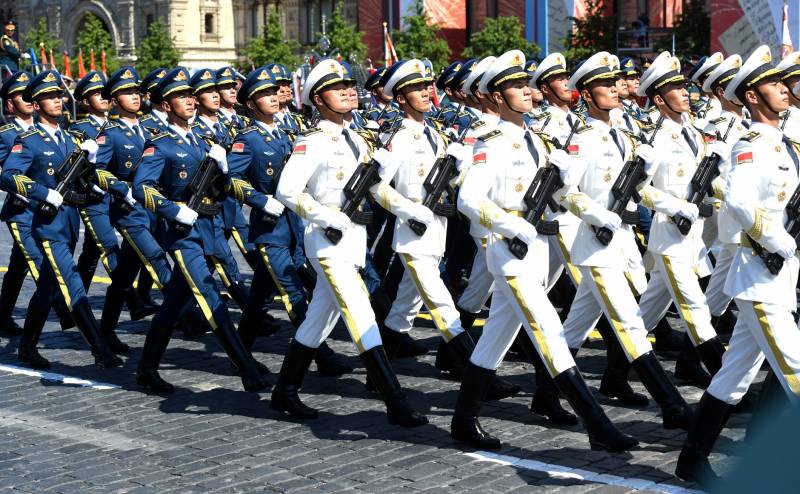 The more difficult and dangerous the time, the greater the importance of a military parade for raising morale - such is the tradition of the Russian people. People of the past were very brave, therefore, current generations live quietly. The military parade in honor of the victory is a legacy of national fighting spirit and a demonstration of national military power,
- writes Chinese military historian, Major General Xu Yan in the publication "Huanqiu Shibao."

Today, the Sohu publication, which published both the article and the photo report from the Chinese parade passage along the central square of Moscow, tells the Chinese readers about the colossal significance of the parade on Red Square for Russian national identity.

The rapid pace of development of the Russian army, the latest Tanks and maneuverable fighters are a warning to those countries that are trying to rewrite history World War II in recent years. Russia does not allow anyone to interfere in the history of World War II. Russia will always remember the events of those years
- emphasizes Sohu.

Ctrl Enter
Noticed oshЫbku Highlight text and press. Ctrl + Enter
We are
"Demonstration of power or the struggle for Putin's rating": world press about the parade on June 24In Russia, recalled the heroes of 1941,
Military Reviewin Yandex News
Military Reviewin Google News
162 comments
Information
Dear reader, to leave comments on the publication, you must to register.